Welcome to this week’s edition of The Friday Five! The Friday Five is a feature that I post every Friday in which I give my thoughts on a topic that’s related to NBA Live, NBA 2K, and other basketball video games, as well as the real NBA, and other areas of interest to our community. The feature is presented as either a list of five items, or in the form of a Top 5 countdown. This week’s Five lists five questions that remain unanswered in NBA 2K19’s MyCAREER, and considers some possible explanations.

Having completed a season for the ages in Year 2 of my NBA 2K19 MyCAREER, I’m ready to move on from the mode in NBA 2K20. Since writing that Monday Tip-Off article, I have played a few games in Year 3 to see what the roster is like. It’s been interesting, but the possibility of a threepeat hasn’t been enough of an incentive to play many more games, or even try simulating most of the season. As the NBA 2K20 demo and full game loom on the horizon, I feel done with NBA 2K19 as a whole, let alone a mode where I’ve finally achieved a sense of closure.

Of course, that doesn’t mean I can’t reflect on my experiences with MyCAREER, and the concepts that it’s explored this generation. For example, I admittedly have a love-hate relationship with the story-driven approach. I believe it has its problems, but it’s also been creative and at times thought-provoking. It’s invited various theories, and even suggests the possibility of its own cinematic universe. Before I close the book on MyCAREER, I’d like to discuss some unexplained aspects of the story in NBA 2K19. Note that these unanswered questions didn’t ruin the experience in my opinion, so this is just me having some fun with plot holes and other oddities.

END_OF_DOCUMENT_TOKEN_TO_BE_REPLACED

We have four new file additions for NBA Live 08 PC today. giannoski has released a couple of 2018 Draftee faces, and I’ve uploaded custom NBA Live 18 and NBA Live 19 title screens. Check them out at the links below! 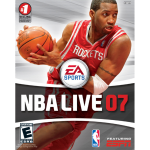 We have a couple of new file additions for NBA Live 07 today, including a fictional 2017 season jersey update for the Sacramento Kings, and a pack of portraits for the Class of 2016 rookies. The jerseys are also compatible with NBA Live 08, while the portraits can be used for NBA Live 2005, NBA Live 06, and NBA Live 08. Check out both releases at the links below!