The latest file addition for NBA 2K14 PC is a new version of the U R Basketball mod by skoadam and slimm44. It features up-to-date 2017 season rosters, and 2017 All-Star Weekend updates. Check it out at the link below!

An update for the NBA 2K13 version of URB is also in the pipeline, so stay tuned for that. 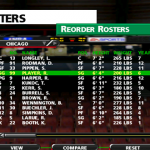 This is Wayback Wednesday, your midweek blast from the past! In this feature, we dig into the archives, look back at the history of basketball gaming, and indulge in some nostalgia. Check in every Wednesday for retrospectives and other features on older versions of NBA Live, NBA 2K, and old school basketball video games in general. You’ll also find old NLSC editorials re-published with added commentary, and other flashback content. This week, I’m taking a look back at the 1998 rosters in NBA Live 99.

The 1999 NBA season isn’t considered a classic year for the league, but it’s certainly interesting and significant in its own right. It was the first season in which games were cancelled due to a lockout, and indeed, the first time it appeared as though an entire season may be lost due to a labour dispute. It was also something of a transitional season following Michael Jordan’s second retirement, with the defending champion Chicago Bulls being broken up, a lot of key players around the league moving on to new teams, and early signs of a new era beginning in the NBA.

In the midst of the turbulent offseason and prolonged labour dispute of 1998-99, EA Sports released NBA Live 99. Because of the lockout, the game couldn’t ship with the Class of 1998 rookies, but out of the box, it did actually feature updated 1998 season rosters. It’s an interesting and unusual situation, so let’s take a look back…way back…

END_OF_DOCUMENT_TOKEN_TO_BE_REPLACED

Today’s file additions for NBA 2K14 PC include the latest version of Medevenx’s 2017 season roster update, and a 2017 Draft Class (including faces) by Mackubex. Download all of the latest releases at the links below! 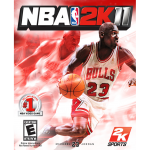 Today’s file additions for NBA 2K11 PC feature the latest retro team add-ons from experiment626. The new releases include the 2012 Oklahoma City Thunder, 2013 Indiana Pacers, 2007 Utah Jazz, and 2007 New Jersey Nets. The teams can be added to any roster you like, so be sure to check them out at the links below!

Today’s file additions for NBA 2K14 PC update the game as of the 2017 All-Star Weekend. In addition to a couple of All-Star court updates from Retroman and Pepis, Medevenx has released a new version of his roster, featuring the 2017 All-Star lineups and the latest transactions. Download all of the latest releases at the links below!

We have some new releases for a classic today, as experiment626 has released four nifty retro updates for NBA 2K11, including three team add-ons, and the Phoenix Suns’ jerseys from the 90s. Download them all at the links below!

Here are the latest file additions for NBA 2K14 PC! Today’s new and updated releases include the 2017 All-Star jerseys, a fictional All-Star court, updated rosters, and more. Pick them all up at the links below.

We have one new file addition for NBA 2K11 PC today, namely experiment626’s latest team add-on, the 2008 Houston Rockets. Download it at the link below! 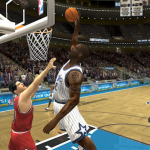 Last week, I wrote an article talking about the lure of roster modding. As I explained in that feature, while modding in general is something I don’t do as much as I used to, there’s always the temptation to get back into it. I really did enjoy making those current roster updates for so many years, as well as the occasional special project. One such project was my 1996 season patch for NBA Live 2004, which thanks to the contributions of some of our best art modders at the time, turned out to be reasonably comprehensive…at least compared to some of my previous retro season patches.

To this day, it remains one of my favourite patches that I’ve made for NBA Live 2004, or indeed, any other game. I recently came across some old preview images of the patch in my archives, and figured it would be fun to share them, along with a few reflections on the mod. Let’s take a look back…way back…

END_OF_DOCUMENT_TOKEN_TO_BE_REPLACED

The latest file additions for NBA 2K14 PC include a couple of 2017 season roster updates by Medevenx and Tha2KProphet. Check them both out at the links below!

Speaking of roster updates, don’t forget to check out the latest version of U R Basketball, which recently added an Olympic Roster. There are still some folks doing some impressive things with the PC version of NBA 2K14, so if you’re unable to run NBA 2K17, be sure to keep up to date with the latest 2K14 previews and releases!

Today’s file additions for NBA Live 08 will help keep your game up to date, almost ten years after its release! Book_Gazette has uploaded a new version of his 2017 season roster update, as well as a pack of faces for the first round rookies. Download both files at the links below! 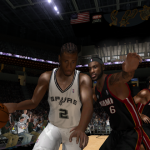 It’s been almost four years since I released my last current roster updates for NBA Live 2005 through 08. Although I’ve dabbled with beta versions of a fictional league roster and an Ultimate Jordan roster – and I would like to return to those projects at some point – it would seem that my days of working on the rosters and other big modding projects are getting further and further behind me. That’s not to say that I won’t continue to release work here and there, or that I’m completely done with modding, but right now, I’d have to say that I think I’m done with regular current season roster updates.

I’m phrasing it that way because I wouldn’t want to say that I’m definitely, unquestionably done, at least until I get to a point in my life where being involved in modding simply isn’t feasible. While I don’t want to give the impression that any announcements or releases are imminent, doing some more work with rosters is something that I wouldn’t want to rule out completely. As tiresome as the process can be, as much as it can become a chore, I can’t deny that as someone who has worked on such projects for many years, the lure of roster modding is often strong.

END_OF_DOCUMENT_TOKEN_TO_BE_REPLACED

Great gameplay is paramount, deep game modes keep us hooked, but another essential element of any basketball video game is customisation. It’s an area where NBA Live has been lacking since its comeback in 2013, and although NBA Live 16 did see the return of gameplay sliders, roster editing was still missing. It’s an issue that many of us have grown impatient about, and to that end, it’s vital that roster customisation returns to NBA Live in the next full release. If what’s coming in the first quarter of this year is a stripped down release or demo as currently speculated, it would be understandable if there isn’t any roster editing in that.

But yes, the next full version of NBA Live absolutely needs to provide us with roster editing functionality. As I’ve said many times before when discussing this topic, it’s nice to have the official roster updates, but there are times when we want (and need) to make our own changes, and we should be able to do that. Roster editing has been a staple of basketball video games for a long time now, and there are a few functions in particular that we need to have. Without any further ado, here are five roster customisation features that I believe NBA Live needs moving forward.

END_OF_DOCUMENT_TOKEN_TO_BE_REPLACED

Exciting news, NBA Jam fans! Millertime2325 has completed his NBA Jam 2K17 mod for the Super Nintendo version of NBA Jam Tournament edition. The mod is available to download here over on his blog.

It features all 30 NBA teams (including New Orleans, Toronto, and Memphis) and 117 of the top players in the league, with rosters accurate as of January 1st, 2017. You’ll also find NBA Legends such as Michael Jordan and Kobe Bryant, and a couple of other secret players in the spirit of the original game.

I’m hoping to get a video review of the mod done as soon as possible, but in the meantime, the release of NBA Jam 2K17 has been picked up by Kotaku. Millertime2325 has also put together a launch trailer, which you can watch below, or check out here on YouTube if you can’t see the embedded video.

It’s a fantastic mod for a classic arcade basketball game, so I highly recommend checking it out. Further information and previews can be found in this thread in our Forum, so be sure to stop by and thank Millertime2325 for all his hard work.

Speaking of thanking Millertime2325, if you’d like to show your appreciation for NBA Jam 2K17, he’s asking if people would consider making a donation to the Dana Farber Cancer Institute. A cancer survivor himself, he’ll be running the Boston Marathon in April this year, in an effort to raise $10,000 for the cause. You can read more about his story here, and make a donation here.

Check out the latest file additions for NBA 2K14 PC! Today’s releases include updated jerseys for the San Antonio Spurs, and the latest version of the U R Basketball mod, now featuring retro Olympic teams. Download them both at the links below!