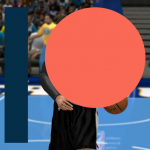 Please be advised that our Forum Rules have been amended with an official policy regarding Patreon. Our rule regarding charging for mods now reads as follows:

Charging money for mods and patches is not allowed. Beyond simply not being the “done thing” in our community, it also invites legal problems, as profiting off someone else’s intellectual property and likeness is illegal. As long as we’re not charging for updates, the developers are happy to look the other way (and sometimes even quietly support us) when it comes to modding.

Please note that while you are free to take the risk of charging for patches on your own site or blog, you may not promote it here with any links. Donation links, tip jars, and Patreons are acceptable, but releases cannot be held for ransom in demand for donations (thus indirectly charging for them). All Patreon content must also be made available publicly within a week; Patreon-exclusive releases cannot be posted here.

Further information on how Patreon releases must be handled has also been added:

Patreon is another service that you may use, and is a good platform to seek support for hosting larger mods. However, it must not be used to circumvent our rules against charging for mods. Early access via Patreon is allowed, but the mod must be made available publicly on the NLSC within a week of the Patreon release. If those conditions are adhered to, you are free to promote early access releases and your Patreon in general. Patreon-exclusive releases without a public release count as charging for mods and are not allowed. What you do with your Patreon is your business, but as far as our community and platform is concerned, you may not promote/link to any Patreon-exclusive releases. or your Patreon in general if you aren’t posting any public releases.

These rules are now in effect and apply to all future releases. We are implementing this policy in the interests of being fair to our community, and avoiding any problems with intellectual property. If you have any questions, please contact myself or another member of staff.