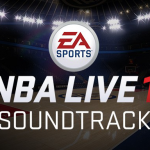 EA Sports has officially announced the NBA Live 18 soundtrack. The track list for this year’s game includes artists such as Kendrick Lamar, Rick Ross, Nas, Kid Cudi, and Machine Gun Kelly. Changing things up from the “underground” vibe of the past few games, this year’s soundtrack features a combination of big names and up-and-coming artists.

Check out the full track list below. If you’d like to preview the NBA Live 18 soundtrack, you can tune in on Spotify. Note that only thirteen songs are available at this time, but the full version of the soundtrack will be available to listen to on Spotify on August 11th, to coincide with the release of the demo.

I’ve added the track list to the NBA Live Soundtracks page in our Wiki. As always, I invite the community to help out in keeping our Wiki up to date with the latest information, especially with the preview season for NBA Live 18 and NBA 2K18 starting to kick into high gear.

Once again, check out the soundtrack below, and feel free to leave your thoughts in the comments. You can also join in the discussion here in the NLSC Forum.

END_OF_DOCUMENT_TOKEN_TO_BE_REPLACED

There are still some talented modders updating NBA 2K14 PC, so let’s get caught up on the latest file additions. The most recent uploads include updated 2017 offseason rosters, rookie faces, and a custom soundtrack featuring the track list from NBA 2K18. Download them all at the links below! 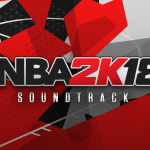 As originally reported by our friends over at Operation Sports and discussed in Episode #214 of the NLSC Podcast, the NBA 2K18 Soundtrack has been revealed. As has been the case with the past few NBA 2K soundtracks, the entire playlist is available to listen to on Spotify.

Glancing at the track list, you’ll notice that there’s a mix of genres, with recent songs and old favourites alike. Portland Trail Blazers’ star Damian Lillard (aka Dame D.O.L.L.A) notably has a couple of songs on the NBA 2K18 Soundtrack, specifically “Wasatch Front” and the hidden track “Shot Clock”.

Although the soundtrack is hardly the most important part of a basketball video game, it always tends to be a point of interest. Hopefully more substantial information about NBA 2K18 isn’t too far away, but for now, you can at least make plans to cue up your favourite songs in this year’s game, or mute the soundtrack in favour of listening to something else while you play.

Check out the full track list below or here in our Wiki, and feel free to leave any thoughts in the comments. You can also jump into the discussion here in the Forum, where members of the community have also offered their thoughts on what kind of music they’d prefer to have in the game.

END_OF_DOCUMENT_TOKEN_TO_BE_REPLACED

We have a couple of new file additions for NBA 2K14 PC today, specifically a pack of Draft prospect faces, and a custom soundtrack. Check out both mods at the links below!

Today’s file additions for NBA 2K14 include retro jerseys for the Denver Nuggets and Boston Celtics, and a custom soundtrack. Download them all at the links below! 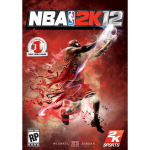 I’m a little behind in posting this, but we’ve recently had a new file addition for NBA 2K12, specifically a custom soundtrack. Check it out at the link below!

END_OF_DOCUMENT_TOKEN_TO_BE_REPLACED

Check out the latest new and updated files for NBA 2K14 PC, including player faces, a custom soundtrack with songs from NBA 2K17, and current rosters. Download them all at the links below! 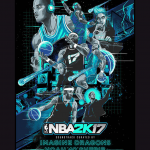 We may still be waiting for details on improvements to gameplay and game modes in NBA 2K17, but there is a snippet of news about the game today, as the official soundtrack has been revealed. This year’s track list has been curated by Grimes, Imagine Dragons, and Noah “40” Shebib.

Artists featured on the NBA 2K17 soundtrack include JAY Z, Drake, Diddy, Imagine Dragons, Santigold, OutKast, Grimes, and Alison Wonderland. If you’d like to listen to the soundtrack before the game comes out, check out this Spotify playlist.

Do you have any thoughts on the soundtrack? Feel free to have your say in the comments section below, as well as in this thread in the NLSC Forum.