Welcome to this week’s edition of The Friday Five! The Friday Five is a feature that I post every Friday in which I give my thoughts on a topic that’s related to NBA Live, NBA 2K, and other basketball video games, as well as the real NBA, and other areas of interest to our community. The feature is presented as either a list of five items, or in the form of a Top 5 countdown. This week’s Five is a list of five funny moments in the commentary of various basketball games.

Commentary is an important part of presentation in basketball video games (and most sports games, for that matter). When it’s done well, it adds to a feeling of authenticity, helping to create the illusion that you’re watching a real game. It’s an area of sports video games that has greatly improved over the years, with more lines of dialogue, better reaction logic, and other enhancements thanks to improved technology. At the same time, it can still get rather repetitive after a while, and so there are many gamers who prefer to play basketball games with the commentary turned off.

There’s nothing wrong with that, and in fact, switching off commentary actually adds a certain amount of realism and immersion in career modes, where you obviously wouldn’t be able to hear the commentators while on the court. However, if you do turn off the commentary, you can miss out on some funny moments. From witty lines and Easter eggs to the occasional mistake left in by accident, there are some very amusing gems. I can’t recall anything quite as hilariously bad and sloppy as the outtakes that were left in the DLC for WWE 2K17, but the virtual hardwood has still provided us with some funny moments from the people calling the action.

END_OF_DOCUMENT_TOKEN_TO_BE_REPLACED 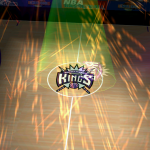 This is Wayback Wednesday, your midweek blast from the past! In this feature, we dig into the archives, look back at the history of basketball gaming, and indulge in some nostalgia. Check in every Wednesday for retrospectives and other features on older versions of NBA Live, NBA 2K, and old school basketball video games in general. You’ll also find old NLSC editorials re-published with added commentary, and other flashback content. This week, it’s a retrospective of Fox Sports NBA Basketball 2000, specifically the PC version.

As I’ve mentioned before, Wayback Wednesday features are a lot of fun for me as I’ve not only been able to revisit old favourites, but expand my collection and play some games I never got around to playing when they were new. It’s always interesting how they all hold up. Some are just as I remembered them, for better or worse. Others are better than I recalled, while more than a couple have aged badly. When it comes to the old games I’m playing for the first time, I’ll appraise them on the same scale. There are ones I wish I’d played more of, while others were definitely worth skipping.

And then, there’s Fox Sports NBA Basketball 2000. It’s one of the bad ones, and not just because it’s aged like milk. Even when compared to its contemporaries, such as the fantastic PC version of NBA Live 2000 – and yes, even the disappointing NBA Inside Drive 2000 – it’s noticeably inferior. Here’s the thing, though. Usually, bad basketball games are frustrating or off-putting to play. Fox Sports NBA Basketball 2000 is bad in ways that are hilarious, to the point where the humour of the situation makes it unintentionally entertaining. Let’s take a look back…way back…