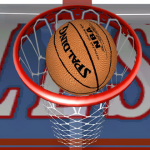 This is Wayback Wednesday, your midweek blast from the past! In this feature, we dig into the archives, look back at the history of basketball gaming, and indulge in some nostalgia. Check in every Wednesday for retrospectives and other features on older versions of NBA Live, NBA 2K, and old school basketball video games in general. You’ll also find old NLSC editorials re-published with added commentary, and other flashback content. This week, I’m taking a look back at the Supreme Update Mod for NBA Live 07.

Over the years, several amazing mods have been released in our community for both NBA Live and NBA 2K. Certain mods stand out as landmark releases though, delighting the community and inspiring other modders to produce great work of their own. Since it’s the tenth anniversary of NBA Live 07, and today also marks the 38th birthday of cover player Tracy McGrady, I thought that I’d talk about one of the most significant mods made for the game: the Supreme Update Mod. Undoubtedly one of the best projects to come out of our community, it’s about time that I profile it in a Wayback Wednesday feature.

It was one of the most comprehensive updates for a PC version of NBA Live, and a great example of teamwork and cooperation in the modding community, as well as technical innovation. Let’s take a look back…way back…