Tag Archives: The Next Level 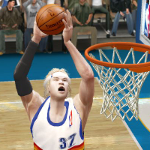