Welcome to this week’s edition of The Friday Five! The Friday Five is a feature that I post every Friday in which I give my thoughts on a topic that’s related to NBA Live, NBA 2K, and other basketball video games, as well as the real NBA, and other areas of interest to our community. The feature is presented as either a list of five items, or in the form of a Top 5 countdown. This week’s Five explores five possible alternatives to having Overall Ratings in basketball video games.

If you play basketball video games – and in particular, if you maintain the rosters for them – then Overall Ratings often cause a lot of hassle. I’ve written not one but two articles on the matter, and since then, the situation sadly hasn’t gotten any better. During this past preview season, there was plenty of grumbling when an Overall Rating was revealed and it didn’t seem quite right. For their part, players themselves have strong opinions as to what their ratings should be. Of course, many of them feel they should be 90+ Overall; even rookies who still have everything to prove!

Overall Ratings remain a point of contention in basketball games (and sports games in general), but unfortunately, they are a necessary evil. They provide us with a succinct overview of a player’s value and standing in the league compared to his peers, which is important when trying to put together trades in the franchise modes. The concept of 99 Overall Ratings also gives us a lofty goal to shoot for in the career modes. As such, Overall Ratings aren’t going anywhere. I do think we need them, but what if we were to replace them with a less controversial system? Does such a solution exist? Well, here are five possibilities that I can think of, that might be viable alternatives. 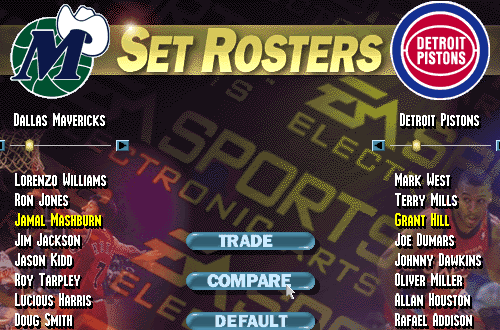 Let’s begin with an obvious solution: just don’t show Overall Ratings in the games. This is actually the approach that early basketball video games took, as it wasn’t until the late 90s that Overall Ratings were visible. We could see most of the other ratings and get a basic idea of how good a player was (on top of our knowledge of their real life counterparts), but there was no numerical value for it. Well, there was, as a glance at the roster data in the PC versions of NBA Live revealed that Overall Ratings were calculated, but remained hidden. As such, there were no arguments over them. It was all about the individual ratings, which are more important to get right anyway.

Going back to this approach would put an end to arguments and overemphasis on the Overall Ratings, but it wouldn’t be ideal. As noted above, Overall Ratings do actually have a purpose in providing us with a snapshot of a player’s value and rank, and we do need to have that information to devise trades that the AI will accept in franchise modes. Conceptually, it’s also just something we want to know. We want to see that stars stand apart from role players and benchwarmers, and quickly tell that a player is rated correctly across the board. That’s what Overall Ratings accomplish, so while hiding them again is one solution, it’s not a particularly viable one.

2. A Numerical Score on a Different Scale 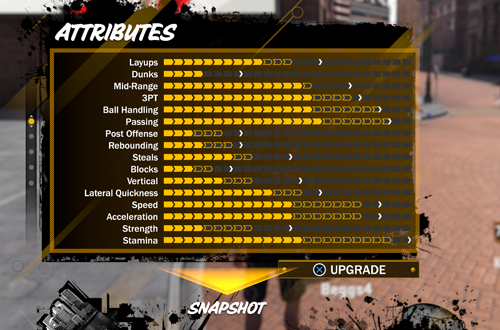 Currently, Overall Ratings are on the same scale as individual ratings. The weighting of the individual ratings when calculating the Overalls means that it’s not an average, and an Overall of 95 certainly doesn’t indicate that a player has a 95 for every single rating. It’s a logical approach to use the same scale, though if we’re trying to alleviate the problem of getting hung up on those numbers, then changing the scale might be a solution. Basically, instead of corresponding to individual ratings on a scale of 0-99, 25-99, 50-99, and so on, player value would be represented with its own scale.

One solution would be to rate players from 1 to 10, with one decimal place to provide further differentiation. While a different numerical scale may still cause the same kind of frustration and arguments that we have now, closing the gap could perhaps reduce those complaints somewhat. For example, under the current approach, the way that Overall Ratings are calculated may result in players of similar value to end up being rated 82 and 84 Overall. On a 1 to 10 scale, they might both come out at around 8.5, ranking and rating them more accurately in relation to each other and the rest of the league. There’d be complaints, but potentially less minutia to get caught up in.

In short, this is essentially the same approach as above, but substituting letter grades for a numerical value representing a player’s overall worth and abilities. Indeed, NBA 2K already presents individual player ratings as letter grades on certain screens, so it wouldn’t be unprecedented or a stretch to adopt the approach for Overall Ratings as well. Elite players would stand apart with grades of A+. Concepts such as a “B+ Player” – a great talent who isn’t quite an elite superstar or franchise cornerstone – would also be represented under this system. Once again, it also avoids the issue of trivial discrepancies with Overall Ratings that are off by a point or two.

There would be a couple of problems with this approach, of course. If we’re using grades of F, D-, D, D+, C-, C, C+, B-, B, B+, A-, A, and A+, that would only leave us with thirteen distinct values. Compared to a 1 to 10 scale with one decimal place, a lot of players might end up being rated the same. In some ways, that might actually be more accurate, separating players into distinct tiers, but it could also prove to be quite restrictive as well. I imagine the players themselves might have a few qualms about it, too. It’s clearly already a bit insulting for players to be rated in the 60s to low 70s. I can’t imagine that they’d be happy about being rated a D+ or worse overall! 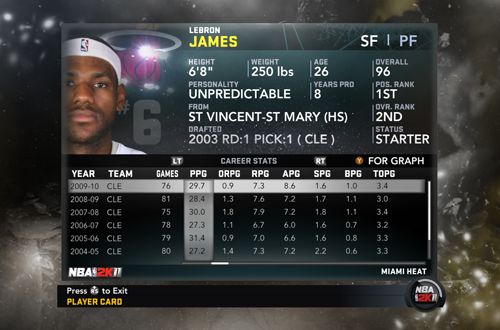 Moving away from numerical scores and letter grades, basketball video games could instead describe players in basic terms. We’ve already seen the nomenclature and mechanics for this in NBA 2K, in the form of player roles: Star, Starter, Sixth Man, Role Player, Bench Warmer, and Prospect. These roles could feasibly replace the Overall Ratings, and stand as an indication of a player’s trade value in the franchise modes. Add in a couple more levels such as Superstar, Hall of Famer, Journeyman, and so forth, and it should be fairly straightforward to work out everyone’s value, and suggest trades that are fair and appealing to CPU-controlled teams.

At the same time, even though those terms are clear to anyone with knowledge of sport and basketball in particular, they are a little vague in how broadly they could be applied. As with letter grades, there may not be enough differentiation between all the players. Not all superstars are quite on the same level; nor for that matter are starters, role players, or any of the other groups of players. There would still need to be some other value that further sets players apart from one another. It also wouldn’t be ideal for the career modes, where levelling up to different Overall Ratings is clearly part of making progress and establishing status in the league, and even earns rewards. 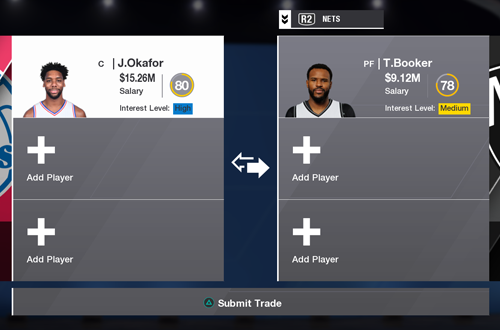 This is a concept that could feasibly work in tandem with the above suggestion, if not as a standalone replacement for Overall Ratings. Once again, it would be substituting terminology for numerical values, but would add further context. This value would explain what it would take to acquire a player via a trade; in other words, what level of players must be coming in return (and how many), whether a Draft pick needs to be involved, and so on. Certain players could be marked as Untradeable, or at least have trade criteria that makes them virtually impossible to trade for. Again, some of these terms and mechanics are already in the game, particularly in NBA 2K.

Similar values and criteria could also apply to negotiating with free agents, much like the player demands that were featured in NBA Live’s old free agent mini-game. All together, these roles and criteria would establish a player’s value and provide gamers with an overview of how that value comes into play in comparison to other players in the NBA. It would replace one of the main functions of Overall Ratings, though it would arguably be more contrived and convoluted. Throw in the career mode goals, and it does seem like a numerical value is the simpler and more effective approach. When it comes down to it, Overall Ratings are very hard to get away from.

Indeed, considering these alternatives, I would conclude that basketball games do need Overall Ratings despite the drawbacks they present. I also expect that they’ll continue to be a part of the experience moving forward. What’s your take on Overall Ratings? Would you replace them with another system that sums up a player’s overall value? Have your say in the comments section below, and as always, feel free to take the discussion to the NLSC Forum! That’s all for this week, so thanks for checking in, have a great weekend, and please join me again next Friday for another Five.