The Friday Five: 5 Cover Players You May Not Recall (Part 2)

Welcome to this week’s edition of The Friday Five! The Friday Five is a feature that I post every Friday in which I give my thoughts on a topic that’s related to NBA Live, NBA 2K, and other basketball video games, as well as the real NBA, and other areas of interest to our community. The feature is presented as either a list of five items, or in the form of a Top 5 countdown. This week’s Five is another list of cover players that you may not recall being the face of a game.

In my first Friday Five article on cover players that you may not recall, I focused on international/alternate covers that likely flew under the radar for even the keenest of hoops gamers. For Part 2, I’m focusing on players who were the main/only cover athlete for their respective titles, but due to either their standing in the league at the time, their game being somewhat overlooked and forgotten, or a combination of the two, they’re less likely to be remembered for being cover players at one point. That’s not to say nobody recalls their appearances on covers, but it’s easy enough to forget.

Looking back, there have been some unusual and surprising cover players. There are explanations, of course. As basketball games have become more popular, the choice of cover player has become more significant, if only as an indication of the strength of the brand. Younger players who grew up with video games naturally tend to be more excited about endorsing them, likely viewing them the same way older players looked upon appearing on a Wheaties box or the cover of Sports Illustrated. On top of that, when there were more NBA games on the market, not every title could secure a top star. With that being said, here are five more cover players that may surprise you. 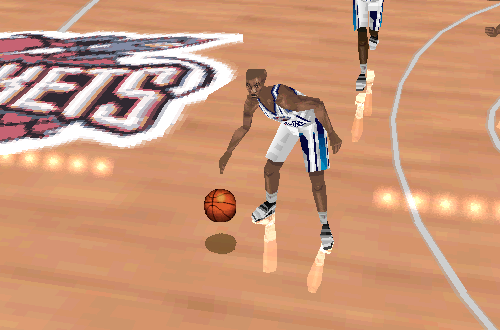 The NBA ShootOut series – known as Total NBA in PAL regions – is one that may be unfamiliar to younger basketball gamers (and perhaps some older virtual hoopsters as well). As an annual release that began with the 1995-96 season, NBA ShootOut was overshadowed by other games, most notably NBA Live and later NBA 2K. It didn’t help that later games in the series were exclusive to North America, while most NBA titles were global releases. Perhaps the most obvious sign that the very first ShootOut game wasn’t on NBA Live’s level was its choice in cover players. While NBA Live 96 featured Shaquille O’Neal on its cover, Sam Cassell was the face of NBA ShootOut.

Now, Cassell went on to have a successful career, and was coming off back-to-back titles with the Houston Rockets. He was still a bench player entering the 1996 season though, and while he certainly contributed to the Rockets’ two championships, he was far from being the team’s MVP. Of course, back then the cover player wasn’t as big of a deal as it would become. As long as games were licensed and featured cover players that some fans would recognise, it didn’t matter if they weren’t big stars. Future games would go on to feature more famous names, though interestingly there’s a version of NBA ShootOut ’97 with Toni Kukoc on the cover. Just some extra trivia for you! 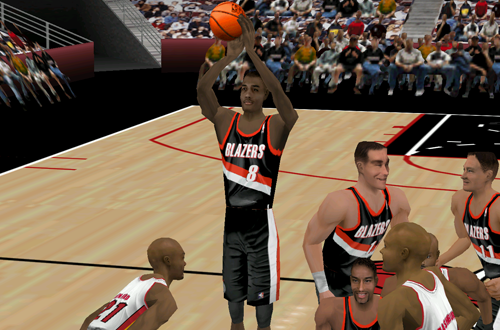 I’ve talked about Fox Sports NBA Basketball 2000 in its own Wayback Wednesday article. It has some interesting ideas and good features, and it’s kind of fun to play if you don’t take the sim style too seriously. It’s also hilariously bad in other ways, from some of the player faces and animations to clunky menus and the commentary not stopping when the game is paused. I’m sure that people did enjoy it when it was new – in fact, I know someone who mentioned they have many fond memories of it – but of all the NBA titles released for the 2000 season, I’d only rank it ahead of the abysmal NBA Jam 2000 by Acclaim. It’s funny, but it’s a flawed title with an awkward name.

On top of that, Steve Smith is its cover player, which is sort of appropriate. Smith was a fine player for many years, but by that point he’d been traded a couple of times and his star was beginning to fade. Opting for a player who was recognisable but passing their prime fits Fox Sports NBA Basketball 2000 as a game that’s mostly remarkable for the wrong reasons. Wretched as it is, even NBA Jam 2000 featured Chris Webber – a player with several All-Star appearances ahead of him – on its cover. Settling for an NBA player rather than an NBA star underscores how Fox Sports NBA Basketball 2000 was second-rate to put it kindly. Honestly, Steve Smith deserved better than that. 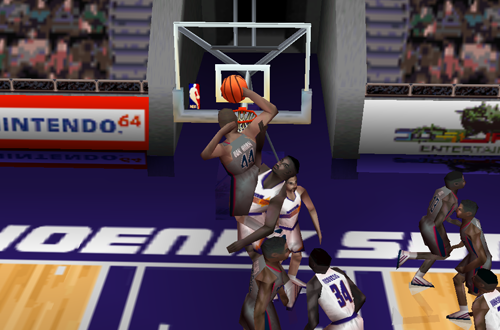 Speaking of NBA Jam, its first foray into being a hybrid sim and arcade title came with NBA Jam 99. As with other titles released for the 1999 season, it didn’t help that it had to ship with final 1998 season rosters, owing to the lockout. Mind you, even if it did include updated rosters or was in a position to receive a patch like NBA Live 99 PC, it wouldn’t have made much of a difference. It wouldn’t change the fact that the game came up short as both a sim and arcade experience, sullying the NBA Jam name while Midway’s arcade titles did a far superior job carrying on the legacy. NBA Jam 99 also featured Keith Van Horn, a seemingly very unlikely choice of cover player.

Hindsight is 20/20, of course. Keith Van Horn didn’t become one of the league’s top stars, but in 1998 he was coming off a solid rookie campaign, and his career – short as it may have been – was fairly respectable. Nevertheless, Acclaim’s roll of the dice on a promising sophomore didn’t pan out as well as Left Field taking a chance on Kobe Bryant, though I don’t think putting Michael Jordan on the cover would’ve made NBA Jam 99 any more appealing! The Nets had been pegged as a team of the future, so it makes a little more sense in context. Still, I’m guessing that even among gamers who remember Keith Van Horn, not many will recall him appearing on the Jam 99 cover. 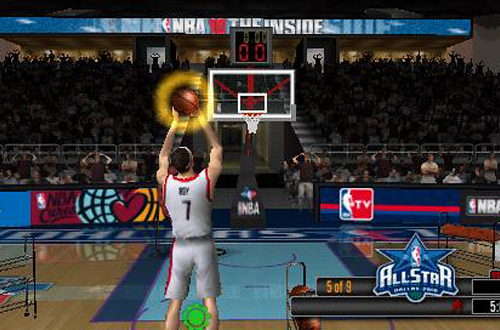 Here’s proof that you can be a multi-time All-Star and quite a popular player despite playing in one of the league’s smaller markets, and yet be one of the cover players that many gamers probably don’t recall. I fancy myself to be fairly knowledgeable about these things, but I’ll put my hand up and admit that I didn’t realise Brandon Roy ever appeared on a game cover until I was researching these articles. It doesn’t help when the game in question was a PlayStation Portable exclusive that wasn’t released outside North America, and part of a series that had become an afterthought. By 2009, it was really all about NBA 2K10 – the bestselling title that year – and NBA Live 10.

As such, you’ll no doubt remember that the cover players of those games were Kobe Bryant and Dwight Howard respectively. Brandon Roy appearing on the cover of NBA 10: The Inside probably wasn’t on many people’s radar (including mine). He was indeed the face of that game however, so we can place him on the list of former video game cover players. I’ve never played the game so I can’t comment on its quality one way or another, but as I noted, by that point most people’s attention was squarely focused on the big two: NBA 2K and NBA Live. My apologies to Portland fans for including two former Trail Blazers on this list, as both deserved better. 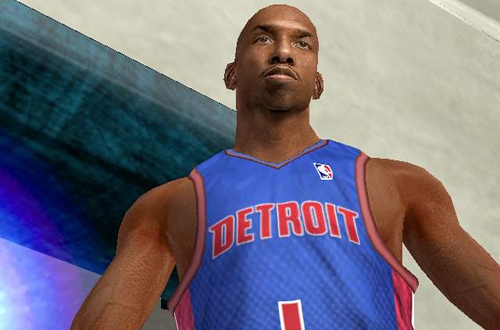 Part of the short-lived NBA Ballers series, Phenom and its brethren didn’t quite live up to the legacy of Midway’s other basketball titles. They’re worth checking out as it was an interesting concept that broke away from the usual NBA Jam formula, though they couldn’t quite compete with the NBA Street series. I own a couple of games in the series, though Phenom appears to have been a North American exclusive, which means that none of the copies that I could potentially get my hands on would work in my PAL PlayStation 2. In any event, I’m not diving into a review of the game today, but rather noting the player that graced its cover: Detroit Piston, Chauncey Billups.

Although I’m not even sure I’d call the NBA Ballers games cult classics, they did get some big names to be their cover players. Stephon Marbury appeared on the cover of the first game and the PSP exclusive NBA Ballers: Rebound, while Dwight Howard was the face of NBA Ballers: Chosen One. Billups is far from an obscure name, but in terms of wider popularity and star power, he’s not one of the players that you’d expect to see on a video game cover. With the NBA Ballers series coming and going very quickly, it’s certainly easy to forget that Chauncey Billups was ever a cover player, though I’m sure seeing the NBA Ballers: Phenom cover always jogs a few memories.

Do any of these cover players ring a bell? Can you recall any other forgotten or somewhat obscure cover players that I haven’t yet noted here or in my first article? Let me know in the comments, and as always, feel free to take the discussion to the NLSC Forum! That’s all for this week, so thanks for checking in, have a great weekend, and please join me again next Friday for another Five.