The Friday Five: 5 Errors That Were Never Fixed

Welcome to this week’s edition of The Friday Five! The Friday Five is a feature that I post every Friday in which I give my thoughts on a topic that’s related to NBA Live, NBA 2K, and other basketball video games, as well as the real NBA, and other areas of interest to our community. The feature is presented as either a list of five items, or in the form of a Top 5 countdown. This week’s Five is a list of five errors in various basketball video games that were never fixed.

Post-release support for basketball video games has come a long way. Official roster updates are now the norm, and while there are complaints about their quality, they at least add new content to the game, and update modes where custom rosters can’t be used. We no longer have to petition the developers to create bug fixes, and it’s much easier to provide feedback about errors that arise. Modern NBA Live and NBA 2K titles do have their problems, but we’re more likely to see resolutions, as well as content updates that keep them fresh throughout the year.

This wasn’t always the case, especially on consoles. Before the PlayStation 3 and Xbox 360 era, patches and updates were mostly a perk of PC releases. Even then, they weren’t as plentiful or detailed as they are now. There were a lot of errors that we just had to put up with, as there was no way that they were going to be fixed until the next game came out; assuming they didn’t become legacy issues, of course! Mind you, even when games did receive official patches, they would sometimes introduce new errors that were never followed up on with further fixes. Some of these errors were just cosmetic, some we could fix ourselves, but all were annoying in their own way. 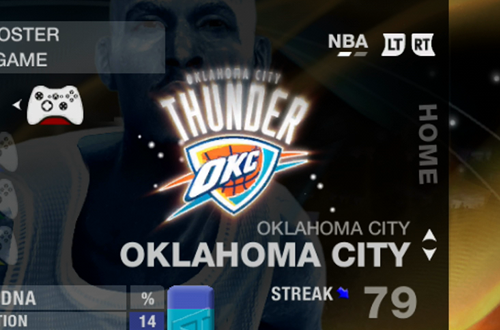 The Seattle SuperSonics relocating to Oklahoma City and becoming the Thunder is one of the most controversial events to take place in the NBA over the past twenty years. In case you’re wondering whether it’s still a sore point, consider the reaction WWE Superstar Elias was able to elicit upon mentioning it in a promo! The Thunder moniker has never been particularly popular outside of OKC, but before it was revealed, there was considerable interest in what it was going to be. Notably, due to the timing of the announcement, NBA Live 09 shipped with the placeholder logo for the team, along with the name “Oklahoma City Oklahoma City” to avoid spoilers.

There wasn’t anything that could be done for the PlayStation 2 version of NBA Live 09, but the Xbox 360 and PlayStation 3 releases received free downloadable content that added the newly unveiled Thunder logos to the game. Unfortunately, the name was never updated in the rosters, so the team remained “Oklahoma City Oklahoma City”. Considering it was just text in the database, it was rather confusing that it was never addressed. Even more puzzling is the fact that the game used the placeholder artwork at all when pre-release screenshots showed off the jerseys in-game, not to mention the fact that NBA 2K9 shipped with updated assets for the Thunder. 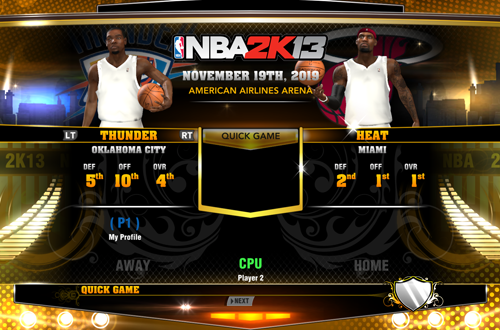 When EA Sports discontinued PC releases for NBA Live, 2K Sports stepped up to ensure that PC basketball gamers would get their fix. 2K hasn’t missed a PC release since arriving on the platform with NBA 2K9, but as most of the series’ userbase is on console, those releases remain the top priority. When the PC version was still a port of the PlayStation 3/Xbox 360 release, we’d usually have to wait until the final patch had come through on console, at which point a combined patch featuring all of the fixes would be released for the PC version. Unfortunately, support was severely lacking for the PC versions of NBA 2K13 and NBA 2K14, and they didn’t receive any patches.

NBA 2K13 also missed out on some key content updates, specifically new jerseys that were added to the game post-release. Although entries for those uniforms were added to the updated default roster file, none of the new textures were pushed through. As a result, a blank white texture will be used if you try to select one of those uniforms in the PC version of NBA 2K13. Fortunately, errors like that can be resolved through unofficial updates by our modding community, but there was never an official fix for the missing jerseys. Although support for NBA 2K14 was still lacking, the official rosters did at least include new uniforms and other artwork, avoiding such errors. 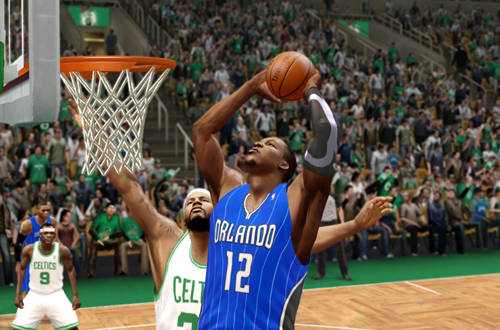 Whenever there are complaints about modern games requiring day one patches and receiving too many updates post-launch, I’ll always point to NBA Live 10 as an example of how the situation can be much worse. That’s not to say I don’t agree that games ship in an unfinished state too often, or that too many updates can end up ruining a game. However, it may be the lesser of two evils compared to when a patch causes errors that are never resolved due to a game not receiving any further fixes. This was the case with NBA Live 10, which received two bug fix patches and was left in a much worse state than it had been at launch, due to changes in the second one.

That second patch for NBA Live 10 broke alley-oop logic, with most lob attempts being thrown to players in the midrange rather than at the rim. Players who received lobs in the midrange would then go into a slow motion layup animation that just looked bad, and didn’t have a great conversation rate. It also broke playcalling AI for CPU teams. If a play broke down, CPU players would just dribble out the shot clock and then fire up a shot, even if it was outside of their range. These errors turned the best NBA Live game of the generation into a clunky release, and because EA had committed to the NBA Elite 11 revamp, no fixes came through for these problems. 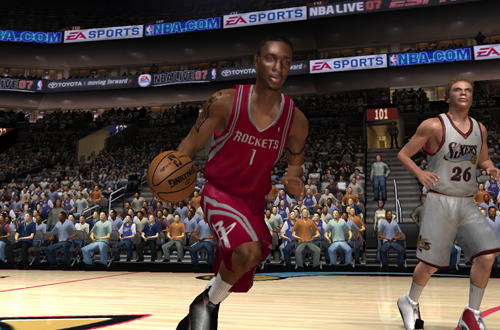 NBA Live 07 was a disaster on basically every platform it came out on, though the developers did try to address some pressing issues via updates. The lone official patch for the PC version fixed a few errors, though others remained along with a number of gameplay issues. One of the most annoying errors that remained unresolved is the game’s tendency to crash to desktop upon exiting a game. It didn’t help that it seemed impossible to determine the cause of the crashes. They happened on multiple versions of Windows, with vanilla and modded games alike, and on systems that met all of the required and recommend specs. As such, the patch does nothing to address the issue.

Adding to the mystery, the only unofficial fix that we could ever devise was to keep reinstalling the game until the crashes ceased. It was a solution that worked for some gamers, but a lot of people understandably didn’t want to go through all the hassle, especially for a very flawed game. In hindsight, the lack of post-release support and quality control was a sign that NBA Live’s days on PC were numbered, and that there were no plans to port the PlayStation 3/Xbox 360 version to the platform. The game was slightly more playable thanks to the one patch it did receive, but that’s not saying very much. Once again, post-release support and fixes have greatly improved since. 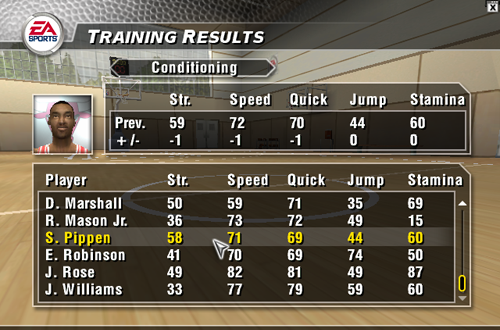 Although it’s rightfully held in very high regard, NBA Live 2004 did have some glaring errors with its new Dynasty mode. The two that most long-time gamers will remember are players actually declining if less than 20% training time is assigned to a particular category in Training Camp, and high-rated free agents remaining unsigned in the offseason. There were workarounds for those errors as Training Camp could be skipped (or you could be very careful about assigning time), and you could sign those players to minimum deals and trade them back to their former teams (or anywhere else you wanted). Nevertheless, they were still an annoyance to have to deal with.

Unfortunately, the lone patch for NBA Live 2004 didn’t fix these errors. Back then, it was rare for official patches to fix the same laundry list of issues that modern updates do, so while it was disappointing, it wasn’t surprising. The patch also didn’t resolve some of the video card problems that people were having, but on that front, we also shared the blame. The developers asked us to provide our specs to help troubleshoot the hardware conflicts, but many posters flat out refused, instead choosing to make snarky comments. Many of the same people then complained when the fix didn’t work for their video card. When it comes to resolving those errors, PEBKAC doesn’t help.

Do you remember any of these unresolved errors? Can you recall any other major bugs and broken gameplay mechanics that were never fixed by official patches? Let me know in the comments section below, and as always, feel free to take the discussion to the NLSC Forum! That’s all for this week, so thanks for checking in, have a great weekend, and please join me again next Friday for another Five.