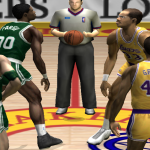 Welcome to another edition of The Friday Five! Every Friday I cover a topic related to basketball gaming, either as a list of five items, or a Top 5 countdown. The topics for these lists and countdowns include everything from fun facts and recollections to commentary and critique. This week’s Five lists five features that didn’t originate in NBA Live or NBA 2K.

From the mid 90s through to today, NBA Live and NBA 2K are the two biggest names as far as sim basketball games are concerned. Obviously NBA Jam and NBA Street were the top dogs in the arcade space, and there have been other series of sim titles that have produced quality releases. However, when we’re talking about the brand leader in NBA licensed sim titles, it’s been NBA Live and NBA 2K for more than a quarter of a century, with the latter taking the crown from the former during the 2000s. Of course, it hasn’t been a competition for quite some time.

Nevertheless, being the two biggest names/brand leaders in sim basketball games has meant that many of the innovations in the genre did originate with either NBA Live or NBA 2K. To that end, they’ve ended up borrowing ideas from each other, which as I’ve long maintained is actually a good thing when it comes to features that should be staples of a sim game. Of course, there are also some great features that we take for granted that didn’t originate in NBA Live or NBA 2K. Some of them are older than we think, appearing in one of their predecessors, while other times it was one of their contemporaries that beat them to the punch. Either way, another game did it first. 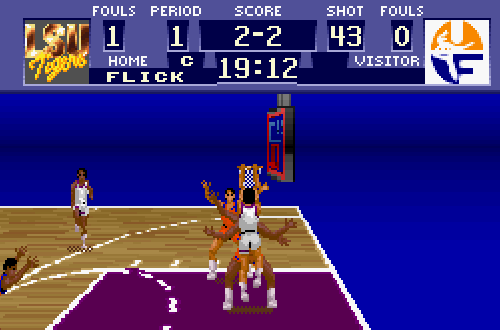 Although 2K cam is only one of the baseline-oriented camera angles in NBA 2K, it’s often used as a blanket term to describe that view. While 2K cam is fixed and simply pans and rotates on a change of possession, cameras such as MyCAREER Default and Drive rotate so that we’re always looking over a player’s shoulder. The baseline angles are the preferred camera setting of many career mode and online gamers, to the point where people are made fun of for playing on broadcast cam. Personally, I prefer the baseline-oriented angles if I’m locked to a player, and the broadcast camera if I’m controlling the entire team. Either way, these angles didn’t originate in NBA 2K.

NBA Live 96 PC’s default camera was EA Cam – a very similar angle to 2K cam – but it didn’t originate there either. We must go way back to 1992, when HAL Laboratories and Sculptured Software gave us NCAA Basketball, aka World League Basketball, aka Super Dunk Shot. Utilising the Super Nintendo’s Mode 7 graphics tech to achieve a faux 3D environment, the game’s baseline-oriented camera follows the player that the user is controlling, rotating as they move to the wing or possession changes. EA Sports also implemented a similar view in the PC-exclusive Michael Jordan in Flight. Of course, back then, many gamers were clamouring for an authentic broadcast view. 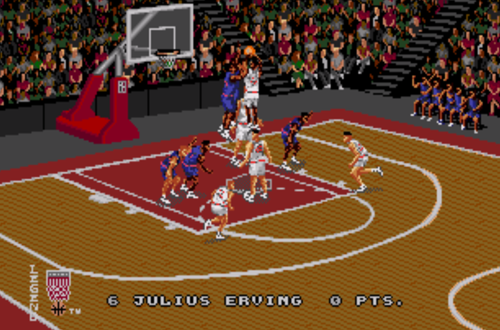 Historical content is now expected to be a part of basketball titles, and other genres of sports video games. Even WWE games have come to make it a point to include an array of legendary wrestlers. This wasn’t always the case, as the focus was simply on representing the current league (and even then there were limitations, since players like Michael Jordan and Charles Barkley were often absent). Legends and All-Decade teams became the norm around the turn of the millennium, with NBA Live 2000 leading the way when it finally featured MJ for the first time in years. Well, officially at any rate. Infamously, he was (sort of) unlockable in NBA Live 96 SNES/Genesis. 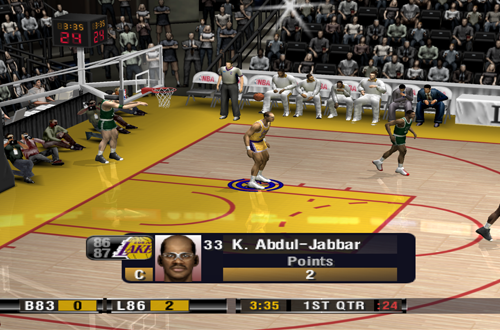 I’m separating Classic Teams into their own category here. After all, it’s one thing to include an assortment of legendary players as members of All-Decade teams, or as unlockables to place in the active rosters. The addition of classic teams – role players, bench warmers, and all – once seemed like a long shot. However, they became a reality thanks to the original Jordan Challenge in NBA 2K11. Except, you know that’s not true, because I’m talking about them on a list of features that didn’t originate in NBA Live or NBA 2K! In fact, the first game to include retro teams such as former champions and other noteworthy squads was NBA Starting Five 2005 by Konami.

It’s very easy to overlook that of course, and I myself wasn’t aware of this until many years later. That’s because NBA Starting Five 2005 was only released in Japan. If you have played it – which unless you have a Japanese or modded PlayStation 2, can only be done using an emulator – you can probably guess why. It’s not a particularly good release from a gameplay standpoint, paling in comparison to NBA Live 2005 and ESPN NBA 2K5. It does hold the distinction of including six historical teams though: the 1987 and 2002 Lakers, 1965 and 1984 Celtics, and 1967 and 1982 76ers. Kareem even has his skyhook! Unfortunately, that’s basically where the game’s appeal ends. 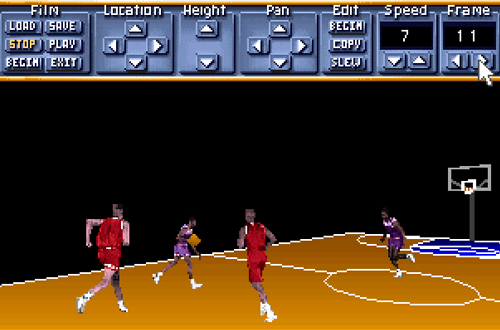 One of the key new features of NBA Live 09 for Xbox 360/PlayStation 3 was the ability to edit and save replays. It wasn’t the first time that NBA Live allowed us to keep highlights. NBA Live 98 through 2000 on PC saved them as files that we could load in-game, while NBA Live 2001 PC exported them as a video file. Instant replay in NBA Live 09 and NBA Live 10 offered more editing tools however, including camera cuts, speed adjustment, and even a black and white filter. NBA 2K has also featured the ability to save and export replays over the years. Long before those games however, another title allowed us to save and also edit our favourite highlights.

That was the aforementioned Michael Jordan in Flight, developed exclusively for PC by EA Sports. It certainly wasn’t the first game to feature a manual instant replay function, but it did take things a step further by allowing clips to be saved to watch again later. That would’ve been impressive enough for a game released in 1993, but there was also a respectable array of editing tools, well before similar functions were implemented in NBA Live 09. They’re not as advanced, and unless you use capture software, there’s no way to watch them outside of the game. Nevertheless, Michael Jordan in Flight was definitely ahead of its time as far as saving memorable moments. 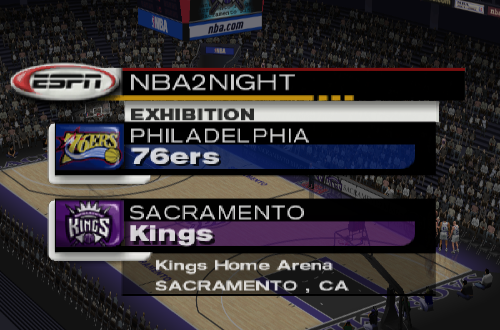 While ESPN presentation definitely didn’t originate in NBA Live or NBA 2K, there are a couple of ways of looking at which game did it first. If we’re just talking about ESPN branding, then we can go right back to ESPN NBA Hangtime ’95; a Sega CD exclusive not to be confused with Midway’s NBA Hangtime. As you’d expect from the name, the ESPN logo is displayed on the scoreboard during gameplay, and there are also full motion video clips of Dan Patrick and the late Stuart Scott “reacting” to the game. That’s about the extent of it, though. As far as ESPN presentation with authentic overlays and commentary, we have to jump forward to ESPN NBA 2Night.

A 2001 season game by Konami that was followed by ESPN NBA 2Night 2002, both games did an excellent job of replicating an NBA on ESPN broadcast from that era; not just during gameplay, but also in their frontend designs. The ESPN license went to 2K in 2002 for NBA 2K3 however, and of course the branding was part of the title for ESPN Basketball and ESPN NBA 2K5. ESPN’s history with NBA 2K is therefore much better remembered, though the lower quality of Konami’s games is also a major factor here. Like other features on this list, appearing in much better games when they were a part of NBA Live and NBA 2K leads us to overlook where they originated.

Do you remember seeing these features in the games they originated in? What are some other features that didn’t originate in NBA Live or NBA 2K, but became staples of those series? Let me know in the comments, and as always, feel free to take the discussion to the NLSC Forum! That’s all for this week, so thanks for checking in, have a great weekend, and please join me again next Friday for another Five.