1. No Streetball Moves in NBA Gameplay 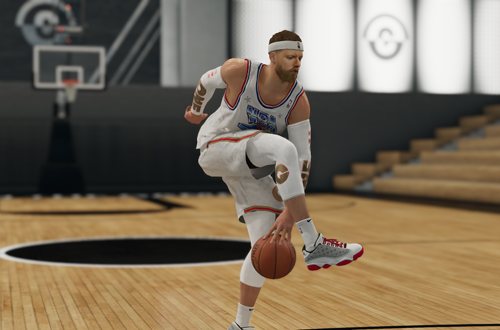 The Streets has been an excellent hook for NBA Live, a fine spinoff of the game’s career mode that both extends the single player experience and makes for fun online play. Here’s the problem: the last couple of years, it’s received too much focus. It makes sense because it’s doing something differently to NBA 2K, but by neglecting the NBA gameplay – the traditional sim experience – NBA Live is failing to attract the slew of gamers who are dissatisfied with 2K for one reason or another. I know EA have spoken about targeting a “new demographic”, but the audience they’re after are playing NBA 2K. To that end, Live needs to offer some of the things that 2K does.

A prime example would be separation of streetball and NBA gameplay. Yes, I know that NBA players do pull off fancy moves from ankle-breaking crossovers to flashy passes, but there are some moves from the blacktop that you won’t see on the NBA hardwood. Those moves should remain in The Streets, via animation packages that can only be equipped for that mode. That’s how NBA 2K handles things with The Playground, and it’s a sensible approach. Not only is it more realistic, but it means that each mode is providing a more distinct and unique style of gameplay, which would allow NBA Live 20 to appeal to as many basketball gamers as possible. 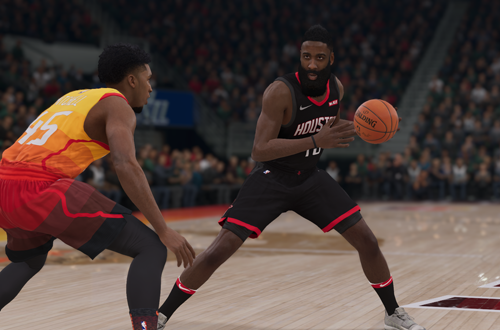 While I’m on the subject of NBA gameplay, it’s vital that NBA Live 20 continues to enhance the realism, and implement proper strategy. Again, the core audience that NBA Live needs to be attracting are, by and large, looking at the 5v5 gameplay and deciding that it isn’t sim enough, that it doesn’t have enough depth as far as strategy is concerned. When it comes to Play Now, Franchise, The League, and even Ultimate Team to some extent, gameplay needs to look and feel like the NBA. That means the CPU has to play a realistic game of basketball, and users should be encouraged to if they want to win with regularity. Cheap video game strategies should be discouraged.

That means proper playbooks, with teams playing like their real life counterparts in the hands of the AI. It means constant ball movement and accurate shot distribution – both in terms of who is shooting the most and from where on the floor – rather than the CPU just trying to drive to the basket on every play. The players themselves also need to play and perform as they do in reality. Meanwhile, gamers should have to play to players’ strengths and style, and employ good basketball strategy in order to be successful. With 2K starting to falter in this area due to a focus on competitive online play, Live has a chance to win back the sim crowd with its gameplay improvements. 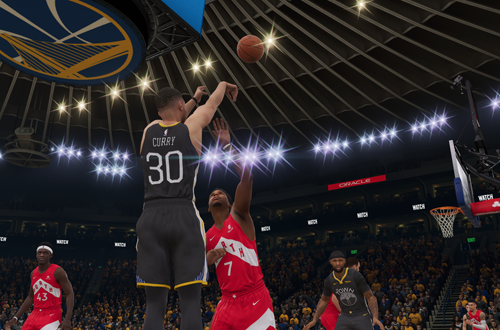 We’ve talked about strategy, AI, and realism, so let’s move on to gameplay mechanics. NBA Live 18 and NBA Live 19 have utilised shooting mechanics that are very similar to NBA 2K, with a Shot Meter that provides a guaranteed basket at an optimal release point (Green Releases), unless the attempt is blocked. I think that’s a fine approach, but there are a couple of problems with the implementation. The Shot Meter itself is quite long, which allows AI defenders in particular to recover too quickly. With the recent patch that nerfed shooting and beefed up the defender’s ability to remove Green Releases, jumpshots are no longer as viable as they should be in NBA Live 19.

My suggestion would be to shorten the Shot Meter so that we can get shots off more quickly. Defenders should also have to close in quicker to take away a Green Release. I’d suggest adopting multiple, clear levels of being “guarded” as 2K has done, so that lightly contested shots are more successful than they are now. I’d also like to see some refinement of the dribbling controls. Simple crossovers should be left and right on the stick, while holding Sprint should be the modifier for advanced moves. I’d also swap behind-the-back dribbles to down on the stick for simplicity. Right now, those simple moves tend to require more complex inputs, which is cumbersome and unintuitive. 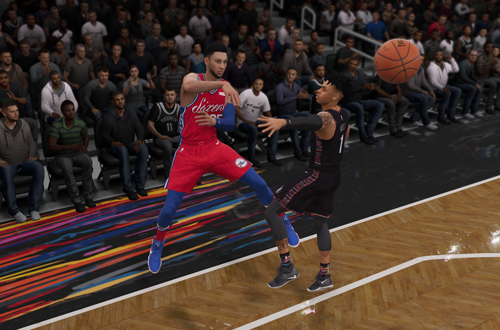 Quibbles with the controller configuration aside, dribbling the basketball is one of the strengths of NBA Live’s gameplay. Unfortunately, the same can’t be said for passing. One of the key improvements that I’d like to see here is realism and consistency in the speed of passing animations. Long passes rocket down the court at unrealistic speeds, and some bounce passes act as though the basketball is a super ball. Conversely, other passes are too slow and floaty, preventing the offense from beating defenders with crisp passes. There are also issues with cheap interceptions, and players not catching passes in the right spots. It’s no wonder online players don’t want to pass the ball!

These issues with passing are the result of a combination of problematic gameplay mechanics. The game doesn’t always select an appropriate passing animation, which leads to passes having an unsuitable velocity given the situation. A lack of stationary passing and catching animations combined with passes that are too fast or too slow for the situation move players out of position, making it harder to get them the ball where they need it, or allowing the defense to recover too easily. Out of control passes lead to too many sloppy turnovers and seemingly psychic steals. Address these issues, and passing will look and feel much better. It might just discourage a few ball hogs, too. 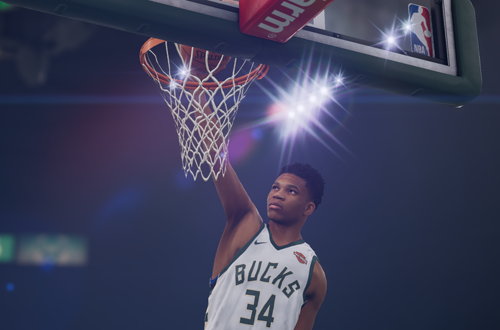 Let’s wrap up with three connected areas where issues continue to dog the NBA Live series, and further improvements are vital: animations, physics, and movement. We have seen pleasing improvements since NBA Live 14, but there are still animations in the game that look stiff, awkward, and as I said before, “last gen”. Replacing them with new, more realistic animations should remain a priority. There also needs to be a wider variety of animations, especially simple dunks and layups; particularly the ones performed from a stationary start. Animations need to both look good, and run the gamut from simple to spectacular. Signature animations are also important.

Of course, it’s not just the look of the game, but the feel as well. NBA Live 19 still has moments where the players feel too heavy, the animations too canned. The gameplay needs to feel more fluid, responsive, and organic on the sticks, ideally without losing any animation quality. Faster players need to be more explosive. Physics also need some work, as it’s too easy for small players to stop bigger, stronger opponents. Better lateral movement, particularly on defense, is also a must. On that note, I’d also be in favour of removing Defensive Assist and making it a Defensive Stance trigger, as all too often it pulls you out of position. Finally, automatic rebounds absolutely must go.

What are some other key improvements to gameplay that you’d like to see in NBA Live 20? Have your say in the comments section below, and as always, feel free to take the discussion to the NLSC Forum (where our NBA Live 20 subsection has already been launched)! That’s all for this week, so thanks for checking in, have a great weekend, and please join me again next Friday for another Five.