Posted by: Andrew in Basketball Video Games, Features, The Friday Five May 22, 2020 0

Welcome to this week’s edition of The Friday Five! The Friday Five is a feature that I post every Friday in which I give my thoughts on a topic that’s related to NBA Live, NBA 2K, and other basketball video games, as well as the real NBA, and other areas of interest to our community. The feature is presented as either a list of five items, or in the form of a Top 5 countdown. This week’s Five is a list of five games that have untapped modding potential.

At the NLSC, our modding community prides itself in doing all that it can to change and enhance the experience provided by basketball video games. We started doing it from the beginning of the NBA Live series with NBA Live 95 PC, and brought the hobby to NBA 2K when it came to the platform. As long as we’ve had the necessary tools, knowledge, and perseverance, we’ve created all kinds of projects from current rosters to retro season and NCAA total conversion mods. We’ve updated player and team art, changed menus and presentation elements, and even made new soundtracks.

Name an NBA Live or NBA 2K game that’s come out on PC, and you’ll be able to recall a memorable mod. However, for all our hard work and creativity, there are a few games that stand out as having untapped modding potential. Whether we couldn’t figure something out or the necessary tools were developed too late in a game’s life cycle, there are some titles where we could’ve perhaps done more. On top of that, because of our focus on NBA Live and NBA 2K, there are a couple of other games that we didn’t pay attention to, leaving them with untapped modding potential of their own. Here are five games that we could’ve done more with (and perhaps still could). 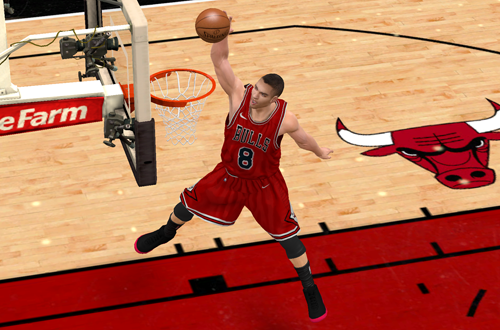 Although many gamers still consider NBA 2K11 to be the best game in the series – or at the very least, rank it high on their lists – it’s a game with some untapped modding potential. The community was starting to get the hang of editing the game, but it did take a while for Vlad to flesh out REDitor II and get it working. There was still some reluctance to pay for the tool as well; after all, our community had been built on the concept of making tools and mods that were freely available. Nevertheless, we had the tools and knowhow to create roster and art updates, and that resulted in the usual selection of current rosters, art fixes, and total conversion mods such as retro seasons.

The reason I’m suggesting that NBA 2K11 has untapped modding potential is that it lacks a massive project akin to the Ultimate Base Roster for NBA 2K12 and NBA 2K14, or U R Basketball for NBA 2K13 and NBA 2K14. Despite being as popular as those games – if not more so – NBA 2K11 hasn’t seen as many big releases. The time it took to decrypt the roster file and implement all the necessary functionality in the new REDitor II is obviously a factor here, and the quicker progress the following year combined with more experience saw an explosion in modding for NBA 2K12. Given the nostalgia for NBA 2K11, though, it’d be great to see some more big mods. 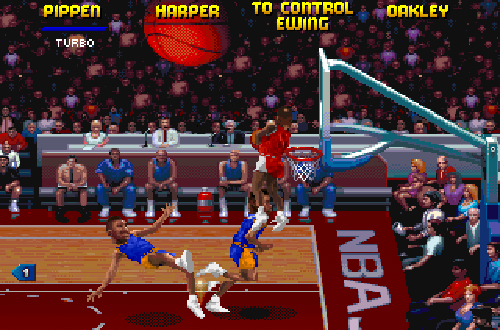 I’ve previously talked about my attempts and failures to mod NBA Jam Tournament Edition PC in an edition of Wayback Wednesday. It was long before I discovered the NLSC and NBA Live modding and I was only eleven or so, which meant my attempts were far from sophisticated. In the years since, I’ve gone back with more knowledge of modding and hex editors to poke around in the files, but I’ve never been able to work it out. I’ve never been able to find a starting point to work from, something that I can actually change that makes a difference to the game. As such, Ron Harper is still Ron Harper and not Michael Jordan, just as he’s always been in NBA Jam TE PC.

Of course, I can’t shake the feeling that there’s untapped modding potential in the game. It could just be wishful thinking, because modders have been able to do some wonderful things editing the ROMs of the Super Nintendo release. It’s weird to think that a console version is more moddable than a PC release – albeit using emulation – but to date, that has been the case. If we were ever able to work out a way of replacing players and changing ratings though, we’d be able to make the definitive classic NBA Jam game on PC. In this instance, the untapped modding potential is more a case of people looking into the possibility, but I’d still love to see it happen some day. 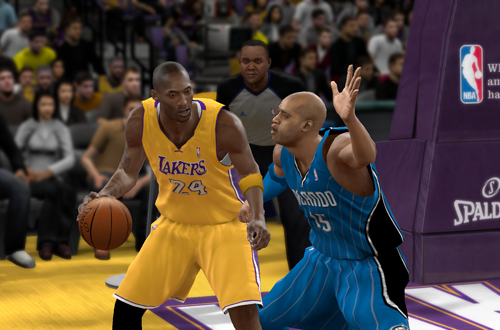 If NBA 2K11 has untapped modding potential, then the same can absolutely be said for its immediate predecessor. The first REDitor allowed the creation of some big modding projects including retro season rosters, but there were some limitations. As I said, we were accustomed to having free tools, so not everyone has been willing (or able) to pay for the tabs required to create big projects. We were also still learning the ropes of modding NBA 2K on PC, and to that end, the scene was kind of like the early days of NBA Live patching as far as the accessibility and overall smaller number of active modders. Again, NBA 2K12 really brought about the modding explosion.

REDitor II ended up replacing the original tool and could be used to edit NBA 2K10 in addition to NBA 2K11 (and eventually NBA 2K12), but by the time it came out, the community had moved on from the 2009 release. NBA 2K11 and 2K12 were both much better received, and so there was far more interest in modding them than going back to NBA 2K10. We’ve got the tools to do great things with NBA 2K10, but they came a bit too late for most of the community to be interested in doing anything about the game’s untapped modding potential. That’s not to discourage anyone from looking into it today – especially with REDitor II being free – though the audience is smaller. 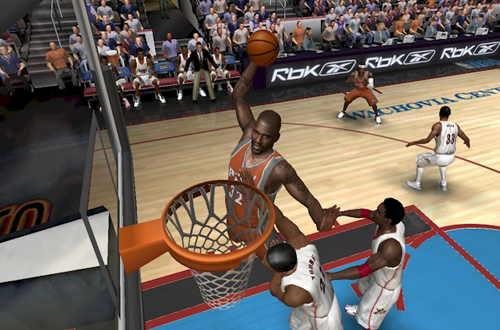 You may be asking “Didn’t we create a bunch of mods for NBA Live 06 though?”, and yes, yes we did. Of all the games on this list, this is the game that we made the most out of in our modding community, with several roster updates and other great releases. Looking back on it now though, it’s fair to say that we could’ve done more. As the last stable NBA Live release on PC, it’s the game we chose for the NBA Live PC project. We could’ve kept making mods for NBA Live 06, not only keeping it up to date over the past decade, but also creating retro team and throwback season mods, as well as a host of other projects. In short, we did a lot, but there’s untapped potential.

It’s easy to see why we didn’t keep using NBA Live 06 as a base for fantastic mods, of course. The NBA Live PC project was intended to fill the gap left by EA opting not to continue releasing the series on the platform, but then along came 2K with NBA 2K9. The first NBA 2K game on PC tipped off a new modding scene, with modders and gamers alike making the jump to the series. That left fewer people willing, able, and sufficiently motivated to work on NBA Live 06. The NBA Live PC project was no longer a community effort, and there weren’t enough people to handle the workload. It’s unfortunate that we didn’t do a bit more, but at least NBA 2K modding took off. 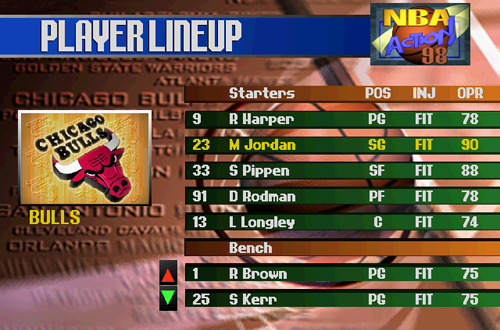 Let’s wrap up with another old release, and one that does actually have a modding tool available for it: NBA Action ’98. The game is part of the NBA 2K lineage, and is the PC version of NBA Fastbreak ’98, released for the original PlayStation. Like NBA Live 98, it includes Charles Barkley, but a Roster Player is still found in place of Michael Jordan. In addition to the unofficial external editor, there are in-game roster management tools including Create-a-Player. The scope of any mods would’ve been limited without art editing tools, so projects would’ve been more akin to early NBA Live games than NBA Live 98, but there’s some untapped modding potential there.

There are a few potential drawbacks here, though. First of all, the editor doesn’t run in newer versions of Windows, so you’ll need to set up a virtual machine. It’s also not the deepest roster editing tool ever made, leaving a lot of data we can’t edit (on top of art files). From messing around with it, it looks like it might have a couple of bugs, such as players having the wrong college after being swapped for each other in the lineup. All the same, it would’ve been interesting to work on back in the day. We probably could’ve made a handful of current and retro roster updates, and in hindsight, it might have seen the NLSC diversify beyond the NBA Live series earlier than we did.

What are some other games that you believe have untapped modding potential? Are you interested in revisiting any of these titles to tinker or play with mods others may create? Have your say in the comments section below, and as always, feel free to take the discussion to the NLSC Forum! That’s all for this week, so thanks for checking in, have a great weekend, and please join me again next Friday for another Five.