The Friday Five: 5 Ideas That Were Better In Theory

Welcome to this week’s edition of The Friday Five! The Friday Five is a feature that I post every Friday in which I give my thoughts on a topic that’s related to NBA Live, NBA 2K, and other basketball video games, as well as the real NBA, and other areas of interest to our community. The feature is presented as either a list of five items, or in the form of a Top 5 countdown. This week’s Five is a list of five ideas in basketball games that I believe were better in theory.

Basketball video games – and sports games in general – are often accused of being little more than expensive annual roster updates. As my interview with former NBA Live programmer Rod Reddekopp revealed though, even in the early days, a lot of code had to be rewritten and updated every year. Unless there are significant and noticeable changes in the modes, graphics, or gameplay however, it’s quite likely that we won’t appreciate all that work. On top of that, each new game needs some kind of hook, a fancy selling point that can be promoted in previews and on the back cover.

From our point of view, we want basketball games to keep getting better and add new content, and that means exploring new ideas. Whether it’s a change to the controls or a new gameplay mechanic, improved presentation and details, a new or enhanced mode, or additional historical content, we always want to see freshness and innovation. Our Wishlists show that we have plenty of ideas of our own that we’d like to see added in future games, and developers also have their own roadmap. The problem is that not all ideas pan out, no matter how creative and promising they once seemed. Ideas like the ones I’m talking about today were good in theory, but not in execution.

1. Got Next in The Playground 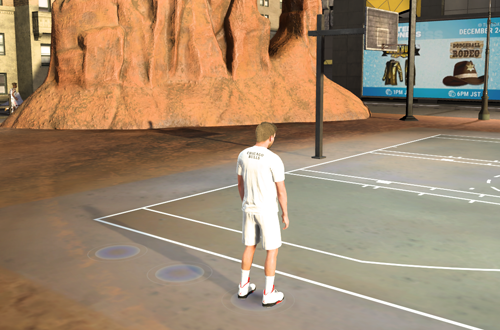 It’s been almost three years since I wrote a Monday Tip-Off article titled “Got Next Gotta Go“, and though MyPARK’s name may have changed, my opinion has not. Look, I get the concept. It’s replicating the experience of heading down to your local park to play some pick-up games, where you have to wait your turn. In the absence of actual matchmaking, it allows us to squad up and get in the queue with friends, or pick and choose our teammates when we’re in there solo by jumping on a vacant spot. The problem is that it’s simulating the most tedious part of any activity: waiting in line. There are no mini-games or anything like that; you just stand there and wait.

That amounts to a lot of wasted time, rather than actually playing the game. If you’re waiting for a game to finish on the court where you’ve Got Next, you can obviously watch it, but that’s not necessarily entertaining. It’s also led to a lot of toxicity, where gamers avoid playing with less experienced teammates, dodge tough opponents, and pick on lower ranked squads. As I’ve said in many previous articles, adding proper matchmaking would solve a lot of problems, and getting rid of Got Next would speed things up. Of course, then we wouldn’t consider spending money on upgrades, or be exposed to advertising. It’s one of those ideas that are bad for us, but good for 2K.

I’ll admit that I haven’t spent as much time with The One as I have with MyCAREER. On top of being the more polished experience, the grind of levelling up a player in NBA 2K’s career mode doesn’t leave much time – or desire – to do the same thing in NBA Live. However, I did check out The One in NBA Live 19, and although I could see what they were going for with the Icon Path, I wasn’t a fan. Simply put, it’s far too restrictive. I know many of us have grumbled about MyPLAYER Archetypes and the new pie chart build system introduced in NBA 2K20, but compared to the Icon Path, we’ve got far more freedom when it comes to creating and levelling up our players.

A lot of people want NBA Live to do its own thing rather than copy everything that NBA 2K does, and there’s merit to that. The concept of following the template set by an iconic player’s career is different and requires less micromanagement of ratings, and those are both interesting ideas. However, it’s tough to create the kind of player that you really want. Although NBA 2K’s approach opens itself up to a long grind and pushy recurrent revenue mechanics, as well as min-maxing and meta gaming that can be frustrating, I like having more control over ratings caps and individual upgrades. NBA Live’s upgrade system has some good ideas, but overall, I dislike the Icon Path.

3. Many of The Neighborhood’s Ideas 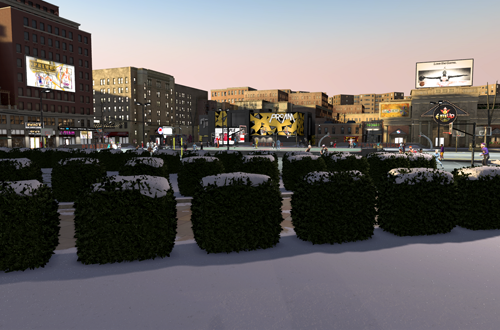 I alluded to it when I was discussing Got Next, but over the past few years, the true purpose of The Neighborhood as a player hub in MyCAREER has become clear. It’s not about giving us an expansive game world to explore and have fun with, though there are ideas that are at least intended to do that. At the end of the day, it’s about padding out the game to pump up those engagement numbers, and show off in-game advertising. Of course, even if we want to dismiss that as being too cynical, many of the ideas for how The Neighborhood works have been better in theory than they were in execution. The common thread here is that they’ve all been a big waste of time.

Those ideas include having to return to your MyCOURT and access the closet to change clothes in NBA 2K18. In fact, the layout of The Neighborhood in NBA 2K18 as a whole could count here. Even to this day and despite an improved layout, having to run around The Neighborhood to get to shops, The Rec, or the team Pro-Am arena, and then encounter cutscenes and loading screens, slows everything down. Equipping new Emotes is rather pointless and a waste of VC, because they have no worthwhile function in a game where there isn’t much camaraderie. In theory, The Neighborhood is packed with flavour content, but in practice, much of it is time-wasting fluff. 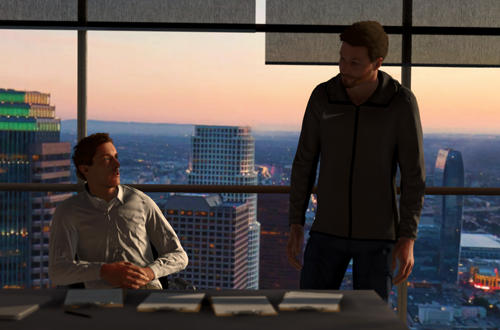 I’m always conscious of the likelihood that I’m beating a dead horse here, given how often I’ve talked about MyCAREER stories. However, the approach is a textbook example when it comes to ideas that were better in theory. At the beginning of the most recent console generation, the better hardware and switch to Blu-Ray discs provided plenty of incentive to revamp and reinvent existing modes, and push them further than before. With all the depth that had already been added to NBA 2K’s MyCAREER mode, expanding the experience with a distinct player character whom we guide through a story – cutscenes and all – seemed like the logical next step.

The concept hasn’t completely ruined MyCAREER or turned people away, but as we approach the start of a new generation, it has become passé. In fact, the idea arguably wore out its welcome after just a couple of years, and certainly has presented more and more problems, sometimes even adversely affecting the gameplay experience. Some of the stories have been quite bad, and even the better ones can be tedious to play through once, let alone twice. We can skip them now, but we’re punished for doing so. The stories are all pretty much the same journey, year after year. They were once creative ideas to expand the RPG aspect, but they’ve worn out their welcome. 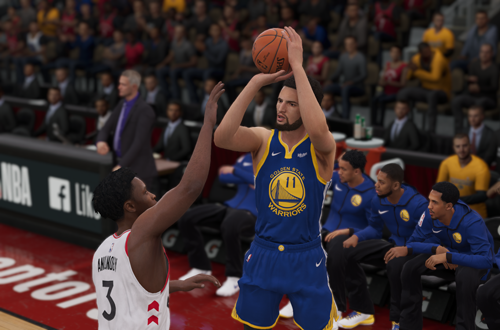 Adjusting gameplay post-release through official patches and tuning updates is a tricky situation. If you’re a developer in charge of those adjustments, it’s a delicate balancing act. You don’t want to make the game too difficult for newcomers, but you’re also trying to address cheesy exploits. You want to enhance the game now you’ve received feedback from gamers, but you don’t want to compromise the overall vision of how the game is supposed to be. No changes at all means consistency, but anything that’s problematic will remain so. On the other hand, too many changes can alienate gamers as well, as we’ll never know what to expect from update to update.

I’ve mentioned NBA Live 19’s nerfed shooting mechanics before, noting that the resulting problems were, to some extent, on gamers who demanded them. Of course, the precise changes were made by the developers, not us. Let’s say we both had some bad ideas there, though they came from a good place. NBA 2K has also experimented with its shooting mechanics, both with post-release tweaks and changes such as the one made in NBA 2K18. The latter included an artificial nerf for balance that was understandable, but fundamentally incompatible with the feedback system. Any big changes to shooting are done with the best of intentions, but often make games worse.

What are your thoughts on these concepts? What are some of the things in basketball games that you believe were better ideas in theory than in execution? Have your say in the comments section below, and as always, feel free to take the discussion to the NLSC Forum! That’s all for this week, so thanks for checking in, have a great weekend, and please join me again next Friday for another Five.

Tagged with: Got Next Icon Path Jumpshots MyCAREER MyCAREER Stories MyCOURT NBA 2K NBA Live Nerf shooting The Friday Five The League The Neighborhood The One The Playground The Streets

Solid, well-written article as we are used to!
Dear Andrew, you know, who’s is great at producing content) Sadly, there is not always enough time to get a grasp on it and make a thoughtful comment. Please don’t be down by lacking comments here and there. (´·ω·)
P.S. Your latest tinkering with the podcast feed has resulted in having about 40 episodes from 2015 and beyond to listen to as to me. Luckily, not all of them are going to be played from zero.

Thanks for the kind words and encouragement! I’ll definitely keep up the features as usual. 🙂

I have to give sticky-fingers credit for the podcast update as he was the one who drew my attention to the fact that only the last 30 episodes were in the feed. Fortunately a simple setting change, and it updated quite quickly.