Welcome to this week’s edition of The Friday Five! The Friday Five is a feature that I post every Friday in which I give my thoughts on a topic that’s related to NBA Live, NBA 2K, and other basketball video games, as well as the real NBA, and other areas of interest to our community. The feature is presented as either a list of five items, or in the form of a Top 5 countdown. This week’s Five is a list of five ideas that could really benefit the modding scene.

When it comes to our modding community, there’s never been a question of talent, passion, or fantastic releases. There have been changing trends in the community throughout the years and challenges that we’ve faced, but one thing has remained the same: people are releasing some really cool stuff. Of course, there are ways that we could improve upon what we’re doing, and how we go about it. In previous articles, I’ve discussed the need to be cooperative, collaborative, and generally helpful. I like to think that we collectively do a good job of that, but things could be better.

If you look at the most impressive modding projects in the history of our community, you’ll see that they were the work of several people. Likewise, the reason that new faces are able to get involved with the hobby is that the people that came before them were willing to share knowledge and resources in the form of modding tutorials and mod templates. I’m grateful that those individuals have made those contributions in addition to their own releases, but I believe that we can do more. To that end, today I’m suggesting five ideas that could benefit the modding community, particularly in regards to big projects, working with multiple games, and helping others get started. 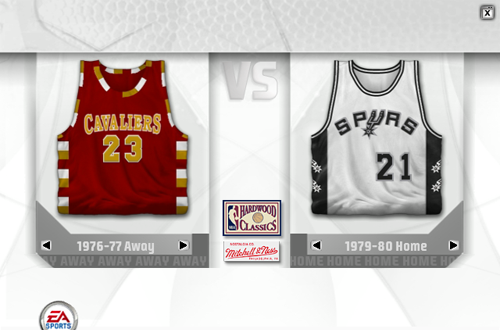 Although I’m an advocate of minimalist modding, there’s no denying that the most impressive projects are the ones that include a major graphical overhaul. A retro roster is far more detailed and immersive when it includes accurate team branding, player faces, and wherever possible, presentation effects. Needless to say, creating all of these custom assets is a lengthy process on top of all the work that goes into the roster itself, which is why these projects are seldom solo efforts. One of the ideas that I’ve had for NBA Live that could be repurposed for NBA 2K would be to prepare retro art mods ahead of time, facilitating several years of fully-fleshed out retro roster mods.

In other words, there’d be packs of team branding assets that cover specific eras in their history. For example, the Philadelphia 76ers would have logo packs that cover 1963-77, 1977-1997, 1997-2009, 2009-2015, and 2015-present. The same logo files would thus be applicable to multiple retro season rosters that fall under those spans. The same principle would be used for jerseys, courts, and so on, allowing anyone creating retro rosters to mix and match the necessary assets from an organised library of available mods. This would require collaboration and an open source approach, and that would likely be a hurdle. It would be extremely beneficial if we can do it, though. 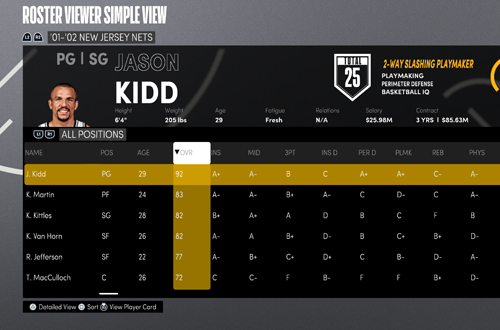 This is an initiative that has been attempted from time to time. I’m referring to a large database of players and ratings that would encompass every NBA season, from 1946-47 to the present. In addition to being a secondary resource for roster listings – and perhaps accounting for some omissions found over on Basketball Reference – it would provide a ratings guide for anyone who wants to create a roster mod, current or retro. Obviously, roster creators have their own ideas about ratings, but at the very least the database could be a template to work from. It could facilitate faster creation of retro roster mods and packs, and establish standard ratings that achieve the desired results.

There are a couple of barriers here. The first is time and energy, as it would be a huge undertaking to maintain such a database. There’s also the matter of trying to establish a database of universal ratings, as the effect of ratings differs between games, and not every game has an identical array of attributes. This would require multiple databases, which only adds to the workload. There would also be disagreements over standards for ratings, even if they’re intended as a rough draft and a template to work form. And finally, not everyone wants to share their formulas so that they become the standard. Still, if a database could be maintained for the popular releases, it’d be very useful. 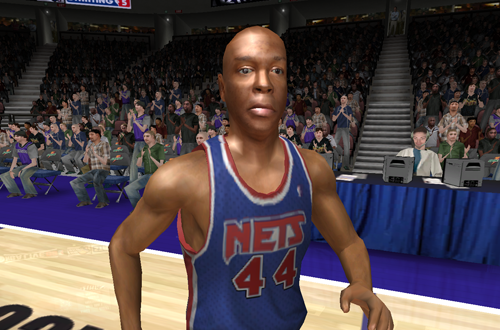 Getting back to ideas I’ve had for NBA Live modding that could be repurposed for NBA 2K, I’ve previously considered compiling packs of original faces – converted as necessary – for use in retro projects. For example, the face files for NBA Live 2005 through NBA Live 08 are all compatible; at least when it comes to the textures. NBA Live 2005 and 06 utilise a separate model file for headbands, and headshapes for 06 through 08 require a small edit to be used in NBA Live 2005, but there’s still a great deal of compatibility. To that end, there are faces that would be useful to have on hand for use in all four of those games, pre-made and free to use in any projects.

Now, this could also include custom faces that are created from scratch, and like the era-specific team packs, they’d be mixed in with original assets to essentially be open source and available to everyone. Once again, the idea here is to save people time on tracking down faces and converting them for use with other games, so that they can just focus on the lengthy process of creating the rosters. There’s some value in still attempting these ideas for NBA Live modding, but obviously projects for newer NBA 2K titles take priority. As I said, it’s not easy to get everyone on board with an open source idea like this, but once it starts facilitating big projects, minds may change. 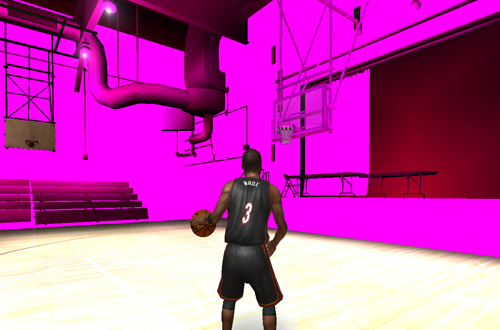 From the heyday of NBA Live modding through to the current NBA 2K scene, one of the most persistent questions is whether a mod made for one game can be used with another release. The answer varies depending on the game and the mod. Some mods aren’t compatible, and need to be re-created from scratch because the way they handle models and textures is unique. Similarly, some mods aren’t compatible, but you can export textures and import them into another game with minimal changes. There are mods that are mostly compatible, but may have a few glitches and should really be converted. Finally, there are mods that are readily compatible with multiple games.

As with ideas regarding databases of players and ratings for roster modding, various modders have tried to help out the community by compiling resources that indicate compatibility between games, mods, and specific files. Something we could attempt would be comprehensive charts that indicate which mods are compatible between games and to what extent, with links to resources for converting or creating new mods as the case may be. It’s easier said than done to present this information in a manner that’s both comprehensive and straightforward, without overwhelming new modders with information. If we could work out a template though, it’d be helpful to everyone. 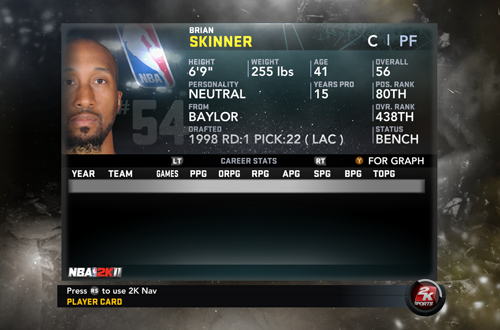 I feel like I’ve been saying this for years, but it’s an area where we could still stand to improve. We have many resources and tutorials in the Forum, but there are definitely gaps. There have been times when someone has asked a question and I’ve gone to direct them to a tutorial that I was sure we had, only to find that we don’t really have anything specific on that topic. Alternatively, we do have a tutorial, but it’s for an older game and could really stand to be updated for the newest one. As a community, we should take stock of the tutorials that we need against the ones that we already have, and start filling in the gaps and revising resources to keep them up to date.

A recurring problem that I’ve noticed in the twenty years that I’ve been running the NLSC is that a lot of knowledge is assumed, passed along privately, or figured out by an individual that doesn’t share the techniques. That isn’t always for selfish reasons, but sometimes that is the case. Exclusivity monopolises the audience and strokes the ego, after all. For the most part though, I think we simply forget to share what we know, or perhaps don’t have the time or tools to create a comprehensive tutorial. My suggestion here is that a basic tutorial is better than no tutorial at all, especially as it can be revised; if not by the original author, then someone else with the knowledge.

Modders and mod users alike, what other ideas do you have to improve the modding community here at the NLSC? Let me know in the comments, and feel free to take the discussion to the NLSC Forum! That’s all for this week, so thanks for checking in, have a great weekend, and please join me again next Friday for another Five.