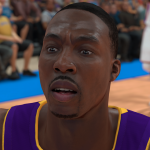 Welcome to this week’s edition of The Friday Five! The Friday Five is a feature that I post every Friday in which I give my thoughts on a topic that’s related to NBA Live, NBA 2K, and other basketball video games, as well as the real NBA, and other areas of interest to our community. The feature is presented as either a list of five items, or in the form of a Top 5 countdown. This week’s Five offers up five basketball gaming trivia tidbits that are mind-blowing facts in 2022.

This will be difficult to appreciate if you were born in the late 90s or early 2000s, but there was a time that the Year 2000 screamed “futuristic”. It felt that way for me as a kid and later a teenager in the 90s, and I’m sure it really felt that way for my parents who were born in the 40s. The Year 2022 truly seemed like the stuff of science-fiction all those years ago, yet here we are. Granted, we’re somewhat behind schedule as far as flying cars, living on the moon, and everyone wearing shiny jumpsuits. Still, when it comes to certain technology, we have many things that were once the stuff of sci-fi.

They’re now just normal, everyday conveniences, but that’s how it goes as technology marches on. All the same, there’s something mind-blowing about it being the Year 2022, especially for those of us who remember the Year 2000 like it was only five, ten, or at most fifteen years ago. Once the years start flying by, the rising stars of the NBA are suddenly the veterans with a decade under their belts. The basketball video games you’re nostalgic for suddenly feel very retro. Even the PlayStation 4 and Xbox One are beginning to seem old! In the spirit of acknowledging the passage of time, here are five basketball gaming facts that are – all clickbait aside – mind-blowing. 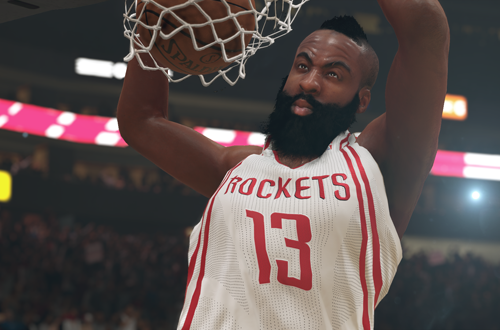 Let’s begin with a landmark release that’s getting on in years. On the surface, this may be playing it fast and loose with the term “mind-blowing”, since it’s really more just a mathematical/chronological fact. However, I refer back to the feeling of the 90s being only ten to fifteen years ago, versus the reality that it’s actually been twenty-three years since the end of the decade. We know that NBA 2K14 was a launch title for the PS4 and X1 back in 2013, which is obviously coming up on ten years ago. Once again though, those consoles are beginning to feel old as their successors find their footing as the current generation. You may be left wondering: “Where did the time go?”

I’d suggest what makes this mind-blowing is that NBA 2K14 Next Gen was such a huge jump, and still looks amazing in 2022. Look, I’m an advocate for retro basketball gaming, and I don’t believe in dismissing old games just because their graphics are dated. However, when you go back and look at NBA Live 95, it looks old. The early 2000s games – even the ones on PC – have been graphically surpassed. Games from the PS2 or Xbox 360 show their age. You can tell they came out a long time ago. The graphics in NBA 2K14 PS4/X1 don’t instantly remind you that the OMG Trailer, Video Game James, and the launch of a new generation, are almost a decade old.

2. There Are More NBA 2K Titles Than NBA Live Titles (And More 2Ks on PC) 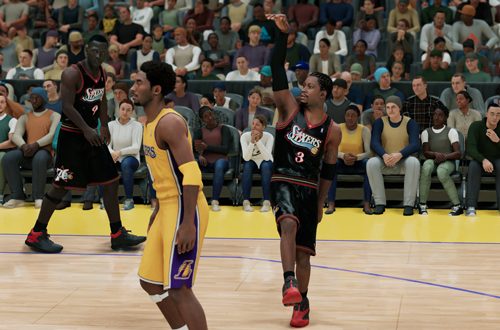 Now, there are a couple of technicalities to consider. NBA Live does trace its lineage back to the NBA Playoffs series, which includes Lakers vs Celtics, Bulls vs Lakers, Bulls vs Blazers, Team USA Basketball, and NBA Showdown. That makes the score 26 to 24 in favour of NBA Live, as NBA 2K traces its lineage back to NBA Action 98/NBA Fastbreak ’98 (still making it 15-14 to 2K for PC releases). If you include NBA Live games that were in development, there’s NBA Elite 11, NBA Live 13, and NBA Live 17/The Drive to NBA Live; a total of 29, or 24 without the Playoff series. Those technicalities aside however, NBA 2K’s 23 games outnumber NBA Live’s 21.

3. Among Active Players, LeBron & Melo Have The Earliest Game Appearances 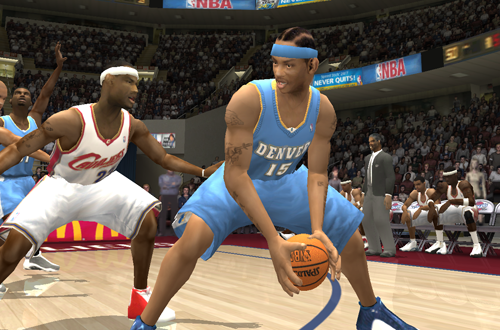 Back in December last year, I Tweeted that I’m dreading the retirement of Udonis Haslem and Andre Iguodala, because it’ll make LeBron James and Carmelo Anthony the oldest active players in the league. I’m the same age as them, and I’m not sure that I’m ready to face the reality that I’m as old as two of the league’s elder statesmen! Of course, in a way I felt old – or certainly realised that I’d reached adulthood, sort of – when they were drafted back in 2003. I was now the same age as NBA players, and it wouldn’t be long before I was creating players in my roster updates whose year of birth was after mine. That they’re 19-year veterans is mind-blowing to say the least.

What does that mean in terms of basketball gaming? Well, among active players, they actually have the earliest official appearance on the virtual hardwood, debuting in NBA Live 2004, ESPN Basketball, and other 2004 season releases. LeBron’s former teammate Udonis Haslem – the oldest active player – also debuted in 2003, but wasn’t included in games until the 2005 season. Andre Iguodala, the NBA’s second oldest player in 2022, also debuted in the 2005 season titles as a rookie. I remember when those were the hot new games, and they were the promising young stars of the future. To that point, it’s mind-blowing that they all serve as a mark of longevity in 2022.

4. There Are More MyCAREER Modes With Stories Than Without 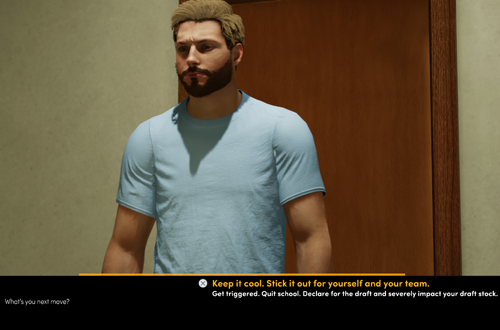 There’s a strange phenomenon where we’ll continue to think of a significant change as something new and recent, even though it’s been around for a while and is now well-established as the norm. My Google Fu has let me down here, so I’m not sure if there’s a name for that feeling, but I’m confident that you can relate to it. In fact, we have a very prominent example in the form of MyCAREER stories. Gamers who aren’t fans of the approach will often express their desire to go back to the good old days before there were stories, or RPG and open world elements in MyCAREER. It may be mind-blowing to realise that there are now more games with those features than without. 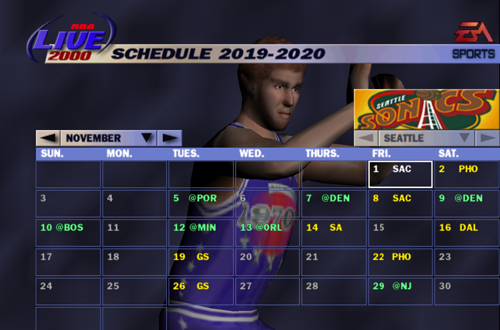 Bringing it all back to that futuristic annum that was the Year 2000, let’s glance back to one of the best games in the NBA Live series. The PC version of NBA Live 2000 didn’t just bring a host of Legends to the virtual hardwood. It also introduced the first multi-season Franchise mode in basketball gaming. Many gamers forget (or simply aren’t aware of) how innovative the NBA Live series was during its first Golden Era. Although it’s primitive compared to some iterations of Dynasty mode that followed it, and especially when compared to The Association, MyLEAGUE, MyGM, and now MyNBA, it had respectable depth. It was a blast to play in 1999-2000 and beyond.

Indeed, you could play well beyond the 1999-2000 season in that first iteration of Franchise mode. With 25 seasons of play, Franchise in NBA Live 2000 concludes after the 2023-2024 campaign. Back then, that seemed way, way into the future! As it stands, it’s only two years away from the current campaign. As I’m so fond of saying, old games serve as interactive almanacs, but we’re almost at the point where NBA Live 2000’s speculative future will be in the past! As a teenager simming through to that point in NBA Live 2000, trying to picture the Year 2024 was mind-blowing. Now that 2024 is looming on the horizon, that feeling is beginning to come full circle.

So, I know that “mind-blowing” is bordering on shameless clickbait, but putting that aside, were you surprised or taken aback by any of these facts? What is something that you can’t quite wrap your head around in regards to basketball gaming in 2022? Have your say in the comments, and as always, feel free to take the discussion to the NLSC Forum! That’s all for this week, so thanks for checking in, have a great weekend, and please join me again next Friday for another Five.