The Friday Five: 5 Mods That Might Make a Comeback

Welcome to this week’s edition of The Friday Five! The Friday Five is a feature that I post every Friday in which I give my thoughts on a topic that’s related to NBA Live, NBA 2K, and other basketball video games, as well as the real NBA, and other areas of interest to our community. The feature is presented as either a list of five items, or in the form of a Top 5 countdown. This week’s Five is a list of five mods that might just be making a comeback.

It’s funny how modding trends have changed over the years. I remember the days when we were very limited in what we could do with the early NBA Live games, but still made the most of the tools at our disposal. By the end of NBA Live’s run on PC, we’d created a wide variety of impressive projects as a community. When we took up NBA 2K modding after the series arrived on PC, we found ourselves back at square one for a time. Fortunately, new tools were made, new techniques were discovered, and great works have followed, spanning two generations of PC ports.

There are some mods that we don’t see as much of anymore, for various reasons. Times change, tastes change, and certain things are either no longer possible, or not as easy as they used to be. With that said, as times change, some things end up coming back into style. What’s old is new again, as the saying goes, and I believe there are some mods that might end up making a comeback in the near future. Perhaps I’m wide of the mark on these predictions; I may be putting too much stock into some recent releases, or I may be projecting because I find these ideas intriguing. All the same, I’d like to put the ideas out there. If these mods do make a comeback, so much the better! 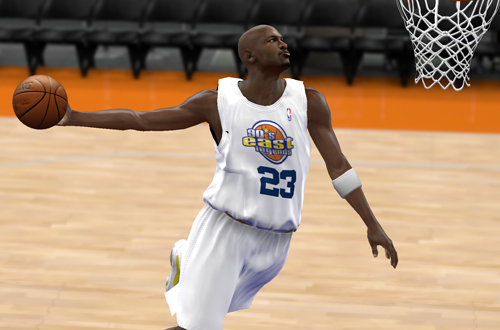 When it comes to roster mods these days, most of us probably think of the detailed current season updates that aim to do a better job than the official rosters, or perhaps the incredibly detailed retro season total conversions. Those types of roster mods are popular for a reason, and as such, I don’t expect to see them going anywhere anytime soon. However, I’d suggest that minimalist roster projects are due for a comeback. I wrote a Monday Tip-Off article about minimalist modding earlier this year, and how I find it to be an intriguing idea. In short, the concept involves creating something new and interesting using mostly original assets, and perhaps a handful of new art files.

The appeal of these mods is that they don’t take as long to make, yet they can still freshen up and enhance the experience. Consider a mod that adds missing Legends to the official rosters, such as an All-Decade team update for NBA 2K10, or missing players update for the Jordan Challenge teams in NBA 2K11. A roster that adds a handful of missing Legends to NBA 2K20 would also be an example. We used to see a lot more of these rosters several years back, and although they don’t have the same flashiness or impressive breadth that bigger projects possess, they’re still useful and provide something that the vanilla game doesn’t. They’d make a welcome comeback. 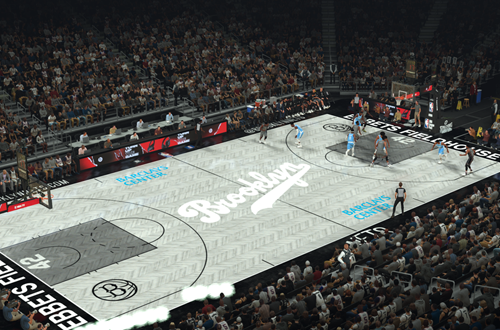 I remember how NBA Live modding really took off once we had the necessary tools and knowledge to edit the art files. Suddenly, there were jersey, court, and shoe mods for the current season and retro seasons alike. And then, there were the art updates that were just for fun. Fictional courts and jerseys were quite popular for a time, as there was great novelty in simply making the game look different, and playing Season and Franchise games with custom branding. The practice fell out of vogue for a while, as we shifted towards keeping the games updated beyond the season they were set in, fixing inaccuracies, and finding ways to enhance textures, models, and lighting.

Based on some of the recent additions to our Downloads database however, it would seem that fictional jersey and court mods are making a strong comeback, and I for one welcome it. There’s an opportunity for some real creativity these days, backed up by better tools, better resources, and better textures and models to work with. I wonder if the customisation and rebranding tools in recent NBA 2K games have contributed to the comeback, especially since those functions aren’t available outside of MyTEAM, MyLEAGUE, and 2K Pro-Am. Whatever the case may be, these fictional updates are always fun and impressive to see, so I certainly hope that the trend continues. 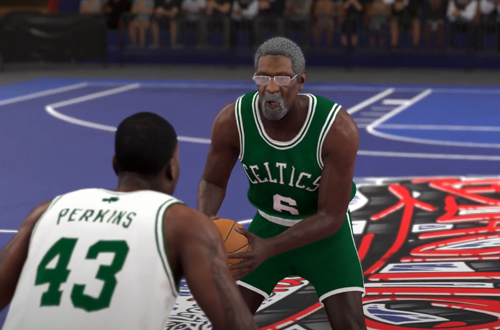 This may seem like an odd thing to say in a modding community that tends to treat the hobby as serious business, but I believe there’s a lot of enjoyment to be had in making mods to the game just because we can. Take Dee4Three’s video where he “settled” a Twitter beef between the legendary Bill Russell, and the less distinguished Kendrick Perkins. It involves a one-on-one game between Russell and Perkins in Blacktop mode, which is easy enough for anyone to set up. However, it takes the extra step of giving Bill Russell his elderly face; the one seen during the presentation of the Finals MVP trophy in a cutscene in MyLEAGUE/MyGM and MyCAREER.

There’s no reason to mod the game like this except for entertainment purposes; no tangible benefit except to have fun. And you know what? That’s a good enough reason for this kind of modding to make a comeback! There’ll always be value in detailed and “serious” projects such as current rosters, retro seasons, and total conversions into other leagues, but there’s also merit in creating something that’s a bit different, and even silly. Sometimes, the sillier the better! There’s always been a bunch of quirky little things we can do with modding that’s mostly just for a laugh and a change of pace, and I believe we could stand to mess around and have fun with the hobby. 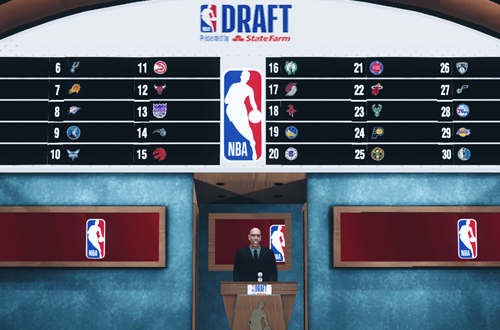 On the subject of smaller updates, I’ve always liked mods that enhance something that isn’t necessarily crucial to the core experience, but nevertheless brings the game up to date and look better. Examples of this include the Draft presentation and endorsement updates that Mackubex released for NBA 2K14. Such details can be easily overlooked and their outdated elements don’t exactly ruin the gameplay experience, yet it’s really cool to see them updated. As with minimalist roster mods, they help freshen up the game, and allow it to feel completely up to date. They’re good companion updates to bigger projects, and that alone makes them very worthwhile mods to create.

In a similar vein, I’m seeing some ingenuity in the modding community these days, which might herald the comeback of clever hacks and workarounds. Obviously there are limits to what we can do, and some things can only be fixed by the developers, but I’ve seen a few makeshift workarounds for issues such as the free throw music bug that was introduced by one of the official patches for NBA 2K20. There’s also this hack by SimonLee which removes the menu transitions from NBA 2K16, making it just a bit quicker navigating the frontend. Mods like this can fly under the radar, but if they made more of a comeback, I could see them being very well-received by gamers. 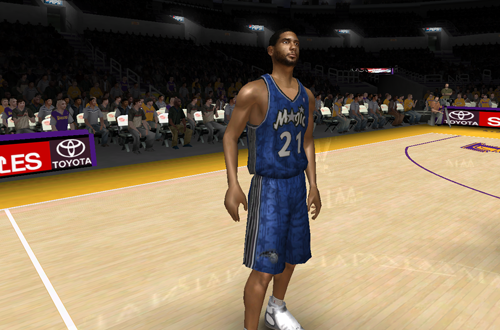 These mods run the gamut from minimalist rosters to major projects, and everything in between. They might make use of mostly original assets, they may require more original artwork, but the common thread is that they have a theme; a concept. I’m talking rosters that re-create specific games, or “What If” scenarios from NBA history. Fictional leagues, rosters that draft players to their hometown or birthplace, or mods that replicate NBA Jam and NBA Street, would also fall into this category. If you remember some of the street and rec league mods that JaoSming used to make, they’re perfect examples. Legends and Champions rosters would also qualify here.

As far as art mods are concerned, with fictional jerseys and courts now making a comeback, a project that revamps the entire league seems quite plausible. Granted, mods like this never truly went away, but it feels like the scope has narrowed a bit over the years, especially for newer games. Now that we’ve got the tools and know-how to make detailed projects for titles beyond NBA 2K14 PC, and a willingness to do so, I feel like we could see some really creative mods be made. Since we know that the PC version of NBA 2K will be Current Gen for at least one more year, I have a feeling that our community – despite the disappointment – will make the most of it.

Would you like to see any of these mods make a comeback? What kind of mods are you hoping to see more of from our modding community? Have your say in the comments below, and as always, feel free to take the discussion to the NLSC Forum! That’s all for this week, so thanks for checking in, have a great weekend, and please join me again next Friday for another Five.