The Friday Five: 5 Planned Features That Fell Through

Welcome to this week’s edition of The Friday Five! The Friday Five is a feature that I post every Friday in which I give my thoughts on a topic that’s related to NBA Live, NBA 2K, and other basketball video games, as well as the real NBA, and other areas of interest to our community. The feature is presented as either a list of five items, or in the form of a Top 5 countdown. This week’s Five is a list of five features that were planned for basketball video games, but ultimately fell through.

We’re in the midst of another preview season, waiting to hear about all the changes, additions, and improvements in this year’s games. Of course, one of the perennial worries in our community is that popular features will be ruined by changes or, worse yet, removed altogether. It’s particularly frustrating when we look back at some of our favourite games and see features that are no longer available. It especially stings when they were originally implemented in the early days of basketball gaming, yet have been missing for several years.

That’s a tough enough pill to swallow, but it’s arguably even worse when we hear about great features and content during the preview season, only for it to ultimately fall through. Hearing about plans that didn’t come to fruition after the fact also leaves us wondering what might have been, as does discovering the remnants of scrapped features in game files. Features are never axed for malicious reasons; rather, factors such as time constraints, licensing issues, and other unfortunate circumstances are what cause them to fall through. They’re interesting trivia notes and What Ifs though, so let’s take a look at five of them, including one you won’t have heard before. 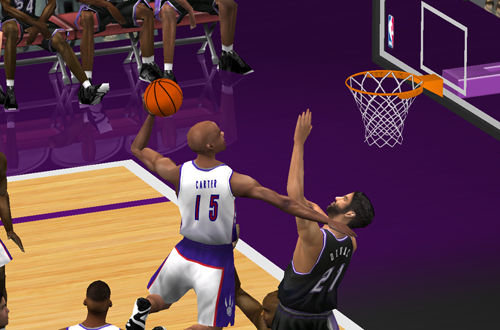 NBA Live 2001 was, in its day, somewhat of a controversial release. The PC version was meant to get a patch but it fell through, which is a story for another time. It was also one of the first big missteps in the series after steadily improving year after year. Aside from some issues with the gameplay, one of the biggest complaints was that several features had been dropped, including custom teams, the three-point shootout, and in-game saves. On the plus side, three team trades functionality appeared for the first (and only) time, but early promotional materials indicated that we’d also have the ability to trade Draft picks in Franchise. Unfortunately, that didn’t make the cut.

Although you won’t find it on the archived official website, the original Features List did include “Trade Draft Picks – trades can have an effect on team chemistry” as one of the features to expect in the “Enhanced GM Mode”. I included this Features List on the NBA Live 2001 info page on my old website, the NBA Live Domain. This led to a very embarrassing situation where someone asked about trading picks in the old NLSC Forum and I informed them it wasn’t in the game, only for them to tell me that they’d got that information from my site; let that be a lesson to always update your resources! NBA Live 2004 finally let us trade picks, in an actual enhanced GM mode. 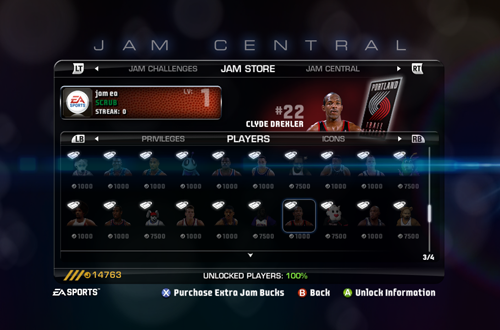 It’s not often that I can bring you a scoop in The Friday Five, and I’ve been sitting on this one for years. When I conducted a post-release Q&A with NBA Jam: On Fire Edition developer Cody Sawatsky, I was asked to cut a couple of things before it was published. Since it’s been almost eight years and the OFE team is long disbanded, I don’t think there’s any harm in revealing that information now. Per Cody: “We wanted to include a create-a-player, and a create-a-team mode, but due to time constraints and other factors, ended up having to make the hard decision. We also wanted to include a massive tournament mode, but it turned out to just be way too big.”

Needless to say, those features would’ve made a great game even better. I don’t have any further details on what that “massive tournament mode” would’ve entailed, but since Road Trip was already a great campaign mode, it could’ve been something quite special. Custom players and teams are a rare feature when it comes to the NBA Jam games, so I can’t help but wonder what might’ve been. I don’t think this information has ever been made available before, and if so, I’m pleased to reveal it now! However, I’d also like to take this opportunity to remember Cody, who sadly passed away a few years back. Rest in peace, Cody; I appreciate you taking the time all those years ago. 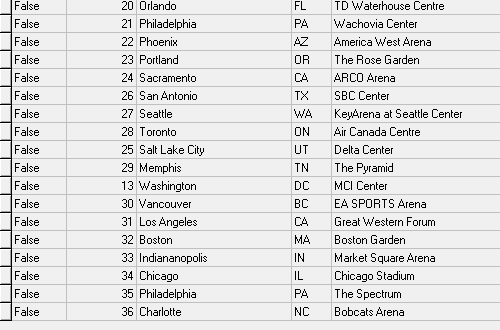 NBA Live 2004 has a significant amount of hidden content, some of which suggests that a couple of planned features fell through at some point in development. The first is the ability to create custom teams, one of the roster editing features that used to be a staple of the series but hasn’t been available since NBA Live 2000. Six generic coach faces could be found in NBA Live 2004’s files, with the names customA, customB, customC, customD, customE, and customF. Since there’s no way to access them and they aren’t utilised in any way by default, it’s safe to assume they’re leftover assets from a Create-a-Team function that was unfortunately scrapped.

My assumption is that we would’ve been able to choose one of the faces for the coach when creating a custom team, and possibly enter a name for them. The feature was likely still buggy or incomplete as crunch time approached, resulting in its removal. We were able to put the faces to use as placeholders in current rosters and other mods, so they didn’t go to waste. That’s not the only leftover data in NBA Live 2004, either. There’s unused audio and entries in the location database file for the Great Western Forum, Boston Garden, Chicago Stadium, Market Square Arena, and The Spectrum, suggesting the game was once meant to have a few retro teams. Speaking of which… 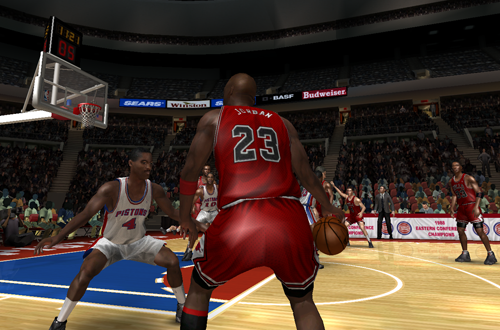 I know I’ve mentioned this in a couple of previous features, including dedicating an entire Wayback Wednesday article to it, but it remains one of the most interesting What If scenarios in basketball gaming. For those who are unaware and haven’t yet read those previous features, when we started poking around in the players database file from NBA Live 08 PC, we discovered rosters for what were clearly ten retro teams, two of which were the 1986 Boston Celtics and 1996 Chicago Bulls. A glance at the teams database file revealed that there was no further data for them though, nor could we find any other assets for them when we opened up the art files.

While their incomplete state was disheartening, it was nevertheless quite an exciting discovery. It stands as proof that at one point, EA did plan to include up to ten retro teams in NBA Live 08, and that the idea had progressed to the point of doing some preliminary roster work. It would also suggest that the surprising addition of FIBA teams may have been the result of the retro teams falling through, with EA looking to feature some kind of bonus content in their stead. Considering what NBA 2K has done beginning with The Jordan Challenge in NBA 2K11, EA missed out on having one of basketball gaming’s landmark features when this idea couldn’t be implemented. 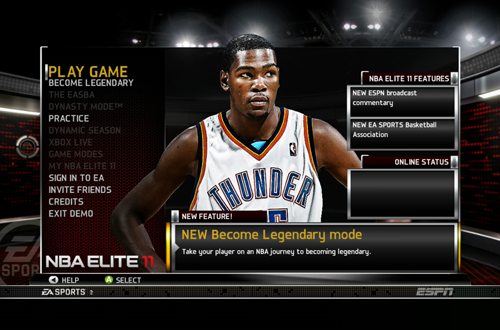 This is a feature we missed out on because the entire game fell through! NBA Elite 11 was going to see the debut of Become Legendary, the series’ first proper career mode after EA Sports tested the waters with Be a Pro in NBA Live 09. Taking its name from the old Jordan slogan, it incorporated various elements of the brand, including beginning the journey with the Jordan Brand Showcase. Much like the old Rookie Showcase in 2K’s MyCAREER modes, this initial performance would help determine where you were picked in the Draft, and thus where you began your NBA career. The Jordan Brand also inspired the mode’s progression system and career objectives.

Players would have gained experience points to progress through 23 levels. Achieving set objectives such as matching some of Michael Jordan’s accomplishments would’ve allowed you to leave your “Fingerprints” on the game, and truly “Become Legendary” over the course of your career. The mode also featured interesting mechanics such as Bounce Back games, which would offer an opportunity to earn additional XP upon following up a bad performance with a great one. Unfortunately these features fell through with the cancellation of NBA Elite 11, and although subsequent games have brought us Rising Star and The One, those ideas from Become Legendary were lost.

Can you recall any other planned or promised features that ultimately didn’t make the cut, or perhaps ones that we found remnants of when poking around in the game files? Let me know in the comments section below, and as always, feel free to take the discussion to the NLSC Forum! That’s all for this week, so thanks for checking in, have a great weekend, and please join me again next Friday for another Five.