Welcome to this week’s edition of The Friday Five! The Friday Five is a feature that I post every Friday in which I give my thoughts on a topic that’s related to NBA Live, NBA 2K, and other basketball video games, as well as the real NBA, and other areas of interest to our community. The feature is presented as either a list of five items, or in the form of a Top 5 countdown. This week’s Five is a list of five reasons for 2K to reactivate the old servers for previous NBA 2K titles.

As online modes and content have become more popular in basketball video games, it’s become a much bigger deal when servers finally get shut down. Not only is online play rendered unavailable, but any single player experiences that relied on connected content also become inaccessible. Early on in this generation, online MyCAREER games were intended to become offline saves once the servers were shut down. This infamously didn’t work properly for a lot of gamers in NBA 2K14, with many still being unable to access their saves once the servers were reactivated.

Since then, 2K has simply decided to follow the original plan of declaring that any online saves are “retired” once support for a game ends. It’s understandable that 2K doesn’t want to support games indefinitely, given the cost and resources involved. That doesn’t stop gamers from expressing their desire to see the old servers switched back on though, and interestingly, Chris Manning has even publicly mentioned that he’s advocated for such a thing to happen. Obviously there are a lot of reasons why it’s unlikely, contrary to clickbait videos claiming LD2K “confirmed” it. Nevertheless, there are also reasons why it should at least be considered, and here are five of them. 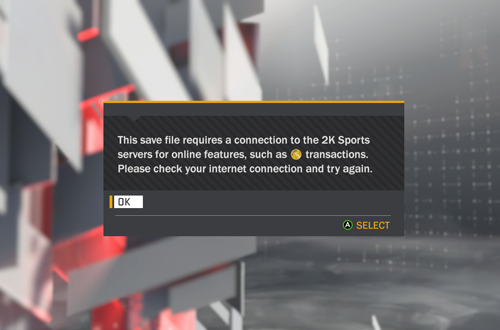 This should be apparent from the amount of posts on social media that advocate for old servers to be reactivated. Although I believe it’s unfair to say that absolutely no progress or improvements are made in NBA 2K from year to year, not everyone is a fan of the latest release. 2K will never be able to please everybody, but while some design choices may make sense, there are some that will end up alienating long-time NBA 2K gamers. The 27 months of online support that NBA 2K games receive is quite generous and generally appropriate given that a lot of people buy a new game every year, or every couple of years. However, not everyone is eager to move on.

It can be hard to let a game go, especially when you’ve sunk hours (and possibly money) into it. Not everyone is big on nostalgia and picking up old games again, but there are definitely basketball gamers who are interested in dusting off their saves and continuing from where they left off. That’s becoming harder to do since as I noted, even single player modes like MyCAREER have connected content. Once those old servers are gone and saves are either inaccessible or lose a lot of their depth, we can’t indulge that interest in previous releases. Reactivating the servers for a couple of the more recent titles would appeal to that interest, and inspire some goodwill. 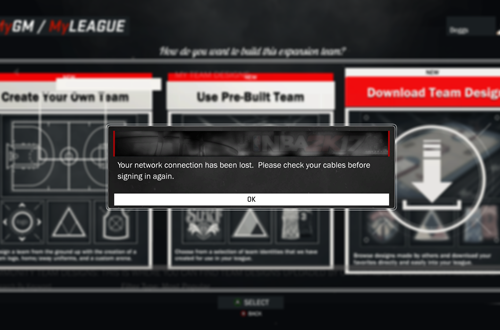 Not everyone is done with games by the time their servers are shut down, and that includes content creators on PC and console alike. It’s not so bad on PC where we do have another means of sharing custom rosters even after a game’s servers have been shut down, but the in-game functionality is arguably more convenient for novice PC users. As for consoles, it’s the only option for sharing custom content. If nothing else, it’d be handy if roster sharing and a few other customisation features could still be supported for a little while longer. Full functionality would be ideal of course, but I’m sure that just being able to share rosters and sliders would still be appreciated.

Let’s say that that’s asking 2K to assist in keeping an older game up to date, and that it wouldn’t be in their best interests to do so. Fair enough, but the lack of online support has also caused issues with a single player mode that is primarily offline. Shutting down the NBA 2K17 servers has not only disabled the option of using custom images for rebranded and relocated teams in MyLEAGUE, but rendered existing saves that use downloaded content inaccessible. Losing MyTEAM and various MyCAREER features is unfortunate but understandable, as is losing custom image uploading, but losing access to what should be an offline save with customised content isn’t good.

3. Gamers Will Spend Money on Them 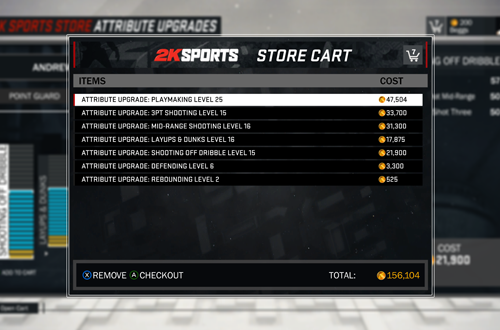 If we’re making a pitch to 2K to reactivate old servers, then it’s not just about what’s in it for us; the company needs to see a tangible benefit as well. Goodwill is an incentive to some extent, but it’s not like stepping on gamers’ toes has cost 2K sales or profits via recurrent revenue. To that point however, reactivating those old servers and thus re-enabling online support also reopens all the in-game stores and recurrent revenue mechanics. Sure, gamers would likely pick up where they’ve left off, but they’ll also be buying VC to quickly upgrade new players, or purchase card packs. I’m certain that gamers will spend more money on those old games again, given the opportunity.

In a similar vein, if the old servers are back up and running and some of those games are back in the Steam store, I’m sure that there will be people who buy them. One of the downsides of digital-only content is that once it’s removed from an online store or service, we’re out of luck. Distributing NBA 2K PC exclusively through Steam has simplified the process and allowed for better post-release support, but it’s also made it difficult for collectors, completionists, and completionist collectors who may have originally skipped a year and now have a gap in their library. There may be some licensing issues here, but if not, those old servers could actually boost 2K’s revenue. 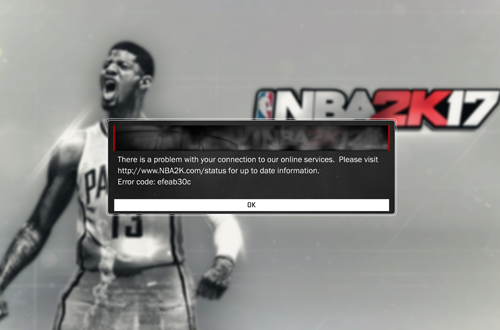 Having those old servers back on wouldn’t just be useful for distributing user-made content. It would also be a way to get any official updates that we may have missed out on when online support ended. I’m mostly referring to in-game content updates as bug fix patches still tend to come through, but if you missed out on the last official roster update, you’re stuck. It’s more of an issue on consoles where it’s always been harder (or indeed, impossible) to distribute roster files and new art assets outside of the official channels and in-game sharing functionality, but it would make things a lot easier on PC as well. I know there’s still interest in getting those updates, too.

For example, if you’ve somehow missed out on all of the official roster updates for NBA 2K12, you’re stuck with final 2011 season rosters, owing to the lockout that prevented the game from shipping with Class of 2011 rookies. We’re able to provide the update for PC users, but PlayStation 3 and Xbox 360 gamers are left out in the cold. Turning on those old servers – even if it was just for a week in the case of the games that are almost a decade old – would be extremely helpful. There’s not much in it for 2K except goodwill, but after charging VC for haircuts and pushing hard on microtransactions, flipping the switch instead of the bird would be a nice gesture.

5. It Won’t Kill Interest in the Newest Game 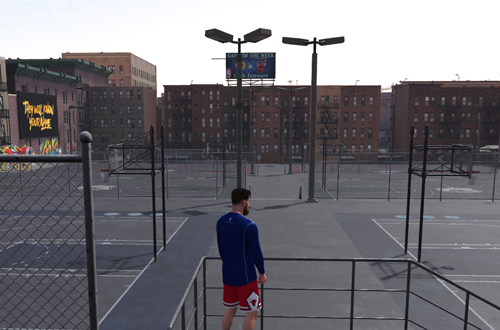 Reactivating the servers for older games will obviously renew some interest in them, and make them more viable to play. On the surface, that might seem likely to draw interest away from the latest game, which is something that 2K understandably wouldn’t be too keen on doing. However, I don’t think it would cause a disastrous drop off in play; at least, no more than gamers being unhappy with the latest release. I believe the interest in dusting off the old games will justify the reactivation, but at the same time, it’ll be a niche contingent of the userbase. By and large, gamers will prefer the latest release with its fresher content, updated rosters, and other new features.

That said, there would be value in the small contingent that wants to spend some time in the old games, and it’s not just about appeasing them or appealing to nostalgia. It could also be useful for the series moving forward. The developers obviously receive a lot of telemetry data about NBA 2K: which modes people are playing, the most popular teams, and so on. By looking at what players are going back and playing, they can get an idea of concepts that should be brought back, and where they may have gone wrong with specific changes. It might even be better than a Wishlist, as it could actively demonstrate a preference for the way certain modes and features used to be.

Are you in favour of the servers for old games being reactivated? How likely do you think it is that it will happen at some point? Have your say in the comments section below, and as always, feel free to take the discussion to the NLSC Forum! That’s all for this week so thanks for checking in, have a great weekend, and please join me again next Friday for another Five.

I would absolutely love to go back online and give NBA Live 10 a go; has always been more compelling to me to face another human than CPU.

That’d be cool as well. If nothing else, there are things I’d like to get screenshots/footage of for features.