The Friday Five: 5 Stages of a Basketball Game Release

Welcome to this week’s edition of The Friday Five! The Friday Five is a feature that I post every Friday in which I give my thoughts on a topic that’s related to NBA Live, NBA 2K, and other basketball video games, as well as the real NBA, and other areas of interest to our community. The feature is presented as either a list of five items, or in the form of a Top 5 countdown. This week’s Five outlines the five stages that we go through every time there’s a new basketball game release.

We’re on the road to a new basketball game release, namely NBA 2K22. Obviously, we’re all hoping for the best as far as gameplay improvements, enhancements to game modes, and a fairer approach to recurrent revenue mechanics. Alright, we probably shouldn’t hold our breath on that last point! Nevertheless, the preview season always brings a mixture of excitement, intrigue, scepticism, and cynicism. We’re hoping for good news and want to be open-minded, but we’re also leery of being disappointed, having been burned by previous releases.

Of course, we gamers – and the content creators, influencers, and pundits within gaming communities – are creatures of habit. We don’t always learn from the past, though that is admittedly a very human problem. Having covered basketball games for the NLSC for twenty years now, I’ve noticed the same cycle repeating with every game and preview season. In fact, it’s so consistent that I can apply the “five stages of grief” model to the steps we collectively go through whenever a new basketball game release is looming. Do I expect to break the cycle simply by pointing this out? No, but if nothing else, spelling it out may explain why many of us feel so cynical at times. 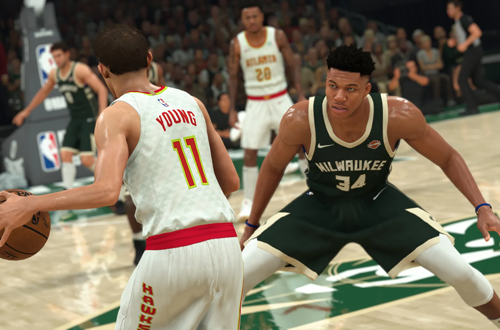 The first stage involves the preview season getting underway. We may still be playing last year’s basketball game, but we’re also looking ahead to the new release. As the weeks go by, we start to see work-in-progress screenshots and gameplay clips, the first reveal trailers, and developer blogs that detail what we can expect to see in the new game. Because not every previous game has lived up to the hype, there will be some cynicism here, with some of us feeling more cynical than others. There’s also hope and optimism though, which is nice and sometimes well-founded, but it does blind us to the lessons that we should’ve learned during previous preview seasons.

At the same time, it’s fun to have something to look forward to and speculate on. That’s pretty much all we can do during this stage. History provides some clues, but we have all been surprised and disappointed before, so there’s no saying for certain. Unfortunately, the shills and fanboys will be preparing their excuses and bad faith arguments, while the haters and completely jaded cynics will be pre-emptively arming themselves with snark, polluting the discourse long before the actual release of the forthcoming basketball game. Arguably all opinions and arguments are valid in the face of the unproven and unknown, and the anticipation can be quite enjoyable. 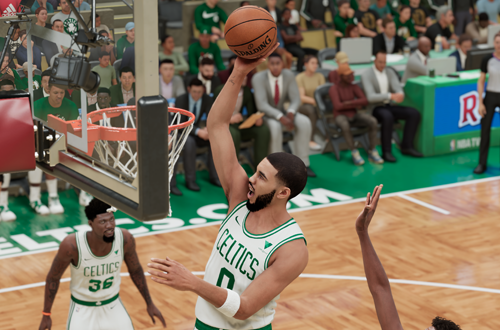 Finally, release day has come and a new basketball game is in our hands! Not all gamers are going to like it, but those who do are going to be very vocal about it. This isn’t a bad thing, as ideally we should be excited about a new and hopefully improved release. Much of that excitement will be genuine, and while we will start to notice flaws here and there, many of the best basketball games have impressed us from the first time we played them. It’s a fun time in our hobby, and needless to say, it’s always a delight when a new basketball game lives up to the hype. Just because someone is feeling very positive towards a game, it doesn’t mean they’re not being honest about it.

Mind you, that isn’t the case for everyone. It isn’t always malicious because at the end of the day, we want to enjoy games and give them a fair chance. However, it’s during this stage that shills and fanboys are being particularly proactive in downplaying any criticism (no matter how well-reasoned and valid), and pushing the narrative that a game is near perfect and undeniably great in every way. Less toxically, the genuine excitement for new features and improvements on the previous year can distract us from issues that we’ll eventually notice and be bothered by. The positivity of this stage is definitely a double-edged sword, but in theory, it’s nice to be so enthusiastic. 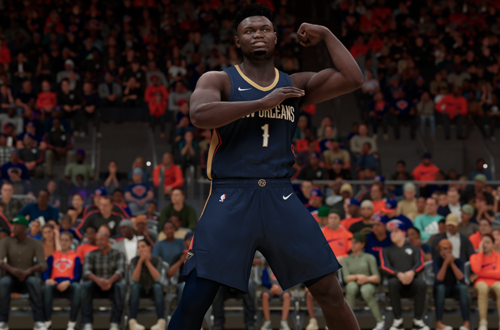 After the initial excitement of a new basketball game release, we have the inevitable backlash. This comes in two phases. The first is more of a knee-jerk reaction to the hype and praise, hitting back at fanboys and shills who refuse to acknowledge any problems or be constructively critical in any way. In all fairness of course, this form of backlash isn’t particularly constructive either, purely being more about identifying and hitting back against shilling and fanboy sentiment than providing an in-depth critique. That’s what the second backlash phase is for, and while it can sometimes be exaggerated due to frustration, it’s usually where legitimate grievances are raised.

You might call this stage the end of the “honeymoon phase” with a new basketball game release. The allure of shiny new features has worn off, and problems – be they long-standing legacy issues or new frustrations – are becoming apparent. There may also be backlash as post-release patches nerf and buff various aspects, leading to the game evolving into an inferior experience than the one on offer at launch. There’ll also be backlash to the backlash, because the most dedicated shills and fanboys won’t want to hear any criticism. And, to be fair, frustration with the game is at its boiling point, so some of the backlash will trend towards being more angry than constructive. 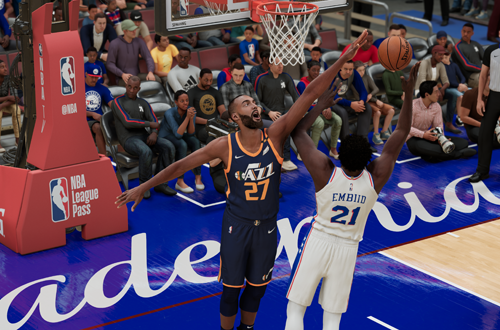 Once a game has been out for a few months and the post-release tweaking has settled down somewhat, the floor is opened up to more balanced takes. Most gamers will have sunk several hours into a title, putting effort into mastering any learning curve and evaluating both the positive and negative aspects. There’s a general acceptance that the game as it stands is the product that it’s going to be, for better or worse. People are ready and willing to have conversations about the game that aren’t just about enthusiastic praise or harsh criticism. It’s why I believe that games should be re-reviewed after a few months, because the initial scores and appraisal may not stand.

There are reasons why it takes the dust settling on a game’s honeymoon phase and inevitable backlash before we can get to this stage. Due to the nature of post-release support that began with the seventh console generation, it may be a few months before we see a game in its final form. The most extreme reactions are the loudest, so they dominate the conversation until hindsight and cooler heads prevail. Also, there’s a sense of sunk cost here. No one wants to feel like they’ve wasted their money, so it can be difficult to come to grips with a title being a letdown. Alternatively, it may take some time and effort to get used to new mechanics, and truly appreciate a game.

5. Honesty As A New Game Looms 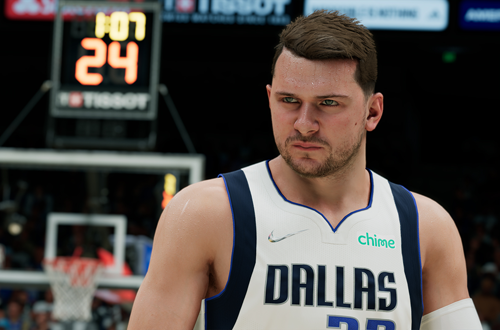 That brings us to the final stage, when a new basketball game release is on the horizon. We’re talking more about what we want to see added and improve upon in the next game, and are perhaps starting to hear a few things about it. We’re entering Stage 1 for the next title, and drawing our final conclusions about the current game. It’s at this stage where we start to see more honesty from the people who have been shouting down criticism and crying “Hater!” all year long. Suddenly, they’ll admit to that troubling issue that everyone else has been rightfully criticising. They’ll drop some of the thought-terminating cliches that they always trot out to prop up a title.

Frankly, this is the stage of a basketball game release where the shills and fanboys are really exposed. They’ve been bleating all year about how all games have issues, how the haters are blowing things out of proportion, and how the latest release is fantastic and so much better than its predecessor. Now that the previews of the forthcoming basketball game release have to acknowledge issues from the previous title, the shills and fanboys have to be similarly honest, while also pretending that they were honest all along. It’s annoying, mostly because shills never seem to get called out on their change in tune, but at this point it’s an inevitable part of every preview season.

Is this how you’d outline the different stages of a basketball game release? What else have you noticed about the community’s habits when it comes to the preview season? Have your say in the comments below, and as always, feel free to take the discussion to the NLSC Forum! That’s all for this week, so thanks for checking in, have a great weekend, and please join me again next Friday for another Five.