1. Quality at its peak 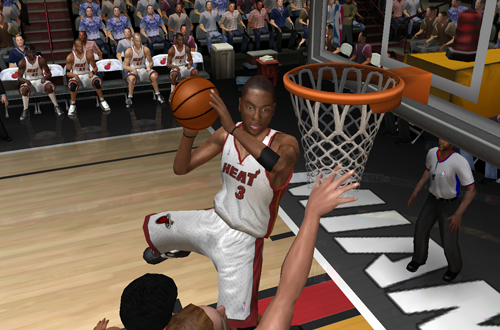 I’ve touched on this in several articles, and Dee4Three and I also discussed it in our two part episode of the NLSC Podcast celebrating the 25th Anniversary of NBA Live, but there’s a common misconception that the game was never good. Frankly, this just isn’t true. In the mid to late 90s, and through to the launch of the Xbox 360, NBA Live was a great game. For many years it was the clear brand leader, the most polished and well-rounded sim-oriented NBA title. Even without the kind of monopoly that the Madden series now enjoys, NBA Live built a dedicated following. It wasn’t perfect and we had our criticisms of the games, but many of us were quite loyal to the brand.

That brand loyalty was well-earned. There were a couple of rough games after the engine was overhauled in NBA Live 2001, but the quality was still very high. It is simply revisionist history to say that there hasn’t ever been a great NBA Live game, or that we never enjoyed the games, or that we only enjoyed them because we hadn’t played NBA 2K and didn’t know better. Right up until NBA Live 06 PC, EA released several titles that more than held their own against their competition, and in many cases, are still fun to play today. It’s understandable that people feel this way because NBA Live has struggled for some time, but the series does boast some great games.

Those classic NBA Live games, the ones that were high quality yet are now so often overlooked by people claiming the series has never been good, are considered classics for a reason: they were packed with innovations. Whether or not they’ve continued to be a part of the game, whether or not NBA 2K has since done those things better, a lot of really good ideas (and concepts that evolved into something better) were first seen in NBA Live. The first that comes to mind is Franchise mode, introduced in NBA Live 2000. 2K didn’t introduce an in-depth multiseason mode until the following year. Right stick dribbling came in NBA Live 2003, and is now a standard control method.

Want more examples? How about All-Star Weekend? NBA Live deserves a ton of credit for creating a mode that represents the NBA’s midseason classic better than any other game. There’s Dynamic DNA, Online Team Play, Face in the Game, three team trades, Freestyle Superstars, shooting around in The Temple and The Hangar while games are loading, and Legends to name but a few. Even more recent games have brought good ideas to the table, such as BIG Moments and certain aspects of the player upgrade system. Once again, not all of these ideas have been retained and some have been done better in NBA 2K, but credit goes to NBA Live innovating them. 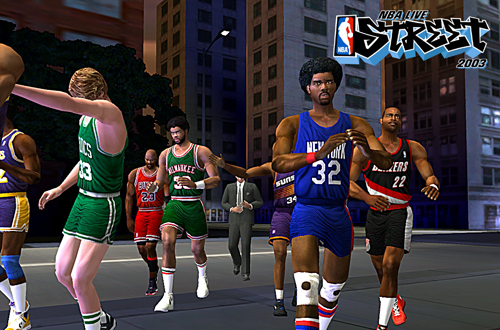 Considering that the NBA itself isn’t too fond of modding, we’ve done well to keep the scene going for more than two decades. NBA Live modding has naturally slowed down considerably with the series no longer being released on PC, but when it was coming out on the platform, we were able to do some tremendous things with the games. I certainly have to give a lot of credit to our founders and other people who made tools for those games, as well as all the modders over the years. However, we also need to give credit to the developers at EA Sports, who went out of their way to make the games more modder-friendly. It made our hobby a whole lot easier!

A prime example of this is the way that early games were compiled. As discussed in my Wayback Wednesday article on how we used to mod NBA Live 95, and in my interview with Rod Reddekopp, the way text strings worked in that game made roster modding very fiddly. That changed in subsequent games, especially once DBF files were implemented in NBA Live 98. File formats remained quite similar through the years, allowing tools to be used for multiple games. The CustomArt approach made replacing art files much easier, and we were even furnished with a guide on how it all worked. Compared to 2K, we quietly got a lot of help with NBA Live modding.

4. Humility of the NBA Live Developers 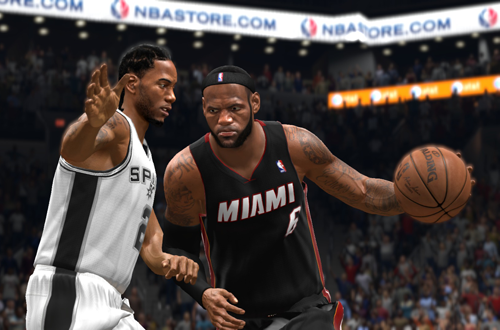 For all the struggles NBA Live has endured over the years – especially on the current generation – and for all the criticism and scorn that has been directed at the game, the developers have remained professional throughout. Yes, one might cynically suggest that they’ve had plenty of practice when it comes to humility and dealing with a barrage of negative feedback, but even so, the important point to remember is that they’ve taken it in stride. They’ve been quite candid about where the game is at and that it needs to get better, and welcomed feedback intended to help them achieve that goal. Their honesty has been unusual for the gaming industry, and thus refreshing.

Even when NBA Live was doing better, when it was still both looked upon far more favourably and selling more copies than NBA 2K, we didn’t see chest-thumping or bad attitudes. Say what you will about EA as a company, but the NBA Live devs were always chill. They deserve a lot of credit for that because when it comes to NBA 2K, we haven’t always seen the same thing. We’ve seen petty pot-shots at NBA Live, even though 2K has been in the lead for years. We’ve seen developers and one very self-important digital marketer mock loyal fans and deride valid criticism. 2K has been doing much better on the virtual hardwood, but Live has shown better sportsmanship. 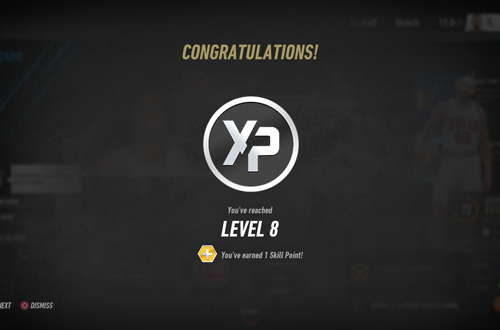 This is a big one, given EA Sports’ general reputation and approach to other games that they develop and publish. EA doesn’t have the best reputation with gamers, and hasn’t for a long time. They’ve earned that image, which is why NBA Live deserves credit for adopting a more gamer-friendly approach. Over this past generation, the only recurrent revenue mechanics in NBA Live are the ones found in Ultimate Team, which is not uncommon in modes like that. That’s not particularly great of course, but it’s not something that NBA Live really pushes. When it comes to The One – a mode that has received a majority of the focus – there are no microtransactions whatsoever.

Now, it’s fair to say that NBA Live’s struggles, reception, and market share do play a role here. I don’t think it’s too cynical to suggest that if NBA Live were in NBA 2K’s position, or if they were at least on more equal footing, we would indeed see a much pushier approach to recurrent revenue mechanics. Nevertheless, with NBA Live, EA has had the good sense to buck their usual trend when it comes to that sort of thing, and keep microtransactions to a minimum. Given their track record and the state of the game, they do deserve some credit for having that much self-awareness. It’s something 2K could’ve used with WWE 2K20, a broken game with a ton of DLC.

What are some other things that you feel NBA Live doesn’t get enough credit for, be it broadly or specifically? Have your say in the comments below, and as always, feel free to take the discussion to the NLSC Forum! That’s all for this week, so thanks for checking in, have a great weekend, and please join me again next Friday for another Five.