Welcome to this week’s edition of The Friday Five! The Friday Five is a feature that I post every Friday in which I give my thoughts on a topic that’s related to NBA Live, NBA 2K, and other basketball video games, as well as the real NBA, and other areas of interest to our community. The feature is presented as either a list of five items, or in the form of a Top 5 countdown. This week’s Five lists five times that basketball games received surprising updates.

These days, basketball games receive more updates than ever before. Official patches are more frequent and numerous. Content updates, from current rosters and new player faces, to MyPLAYER clothing and MyTEAM challenges and cards, are also pushed through all season long. At some point however, these updates will cease. Developers have to move on to next year’s title after all, and there’s only so much that can be addressed in patches. New content beyond the NBA Finals, and certainly for a game that’s over a year old, is quite rare.

It’s not unprecedented, however. There are extenuating circumstances, such as when the cancellation of NBA Elite 11 resulted in NBA Live 10 being updated for the 2011 season. On top of that, there are times when video games receive content that we simply wouldn’t expect because it doesn’t seem feasible due to technical or licensing limitations. It’s a nice surprise when a title does receive new content or a fix that seemed unlikely, though at the same time, it’s difficult not to approach some of these unexpected updates with a certain amount of cynicism. Nevertheless, here are five times that games received updates that were surprising for one reason or another. 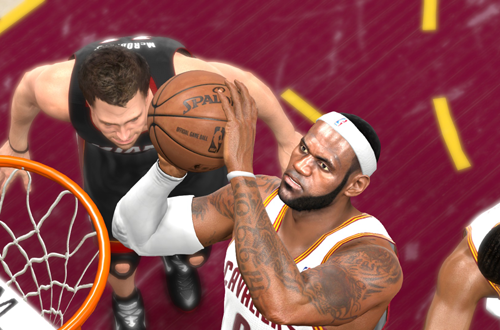 Official roster updates for 5v5 sim games like NBA Live and NBA 2K generally end around April or May, or the start of the NBA Finals in June at the very latest. After all, the season is drawing to a close, and aside from injuries, major lineup changes, or an overdue ratings update, there isn’t as much to alter post-trade deadline. The fact that annual releases mean that publishers will be looking to sell a new title in twelve months’ time leaves little incentive to keep updating the previous game, since the prospect of updated rosters and fresh content is a selling point. On top of that, there are also licensing issues to consider, especially when it comes to adding new rookies.

Following its shaky launch, the NBA Live 14 developers tried hard to make amends. On top of the official fixes, they also pushed through an offseason roster. No rookies were included, but it did account for moves like LeBron James’ return to Cleveland, though he still wore #6. NBA Live 16 also received a post-Draft update reflecting Derrick Rose’s trade to New York, but again, no rookies. Of course, many felt it was done because NBA Live 17 wouldn’t be coming out, which turned out to be the case. This worried us when NBA Live 19 received an offseason roster, and indeed, history would repeat itself. In the latter two cases, the pleasant surprise definitely had a catch. 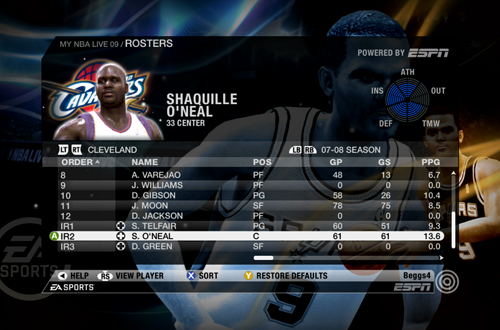 With that in mind, it seems likely that these surprising updates weren’t ever planned, but rather the result of the update system remaining enabled. It should be noted that the new 2010 season rosters for NBA Live 09 weren’t as detailed as the ones for NBA Live 10, meaning that although lineups changed and new players were added, their ratings and appearances weren’t accurate. This lends further credence to the idea that they happened by mistake, and weren’t intended. Nevertheless, the result was another year of updated rosters for NBA Live 09 and a head start for anyone who wanted to make their own rosters. Of course, many had already moved on to NBA Live 10. 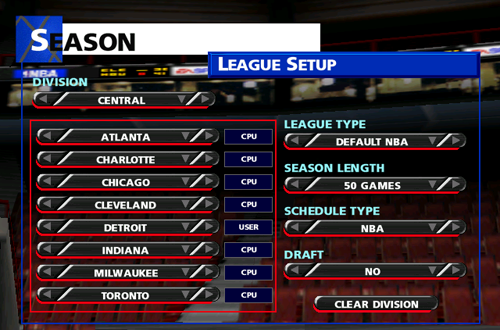 The second game to be affected by a lockout – the 16-bit console version of NBA Live 96 was the first – NBA Live 99 launched with final 1998 season rosters along with the original 1999 82-game schedule in Season mode. When the lockout was finally lifted, the PC version of NBA Live 99 not only received an official patch, but the series’ first official roster update. The patch didn’t address quite as many issues as gamers hoped, which wasn’t uncommon for official fixes in the early days of basketball gaming. It did add the Class of 1998 rookies and all the offseason moves however, and a second roster update accounted for trades that occurred after the season finally got underway.

Speaking of Season play, that first official patch included a pleasant surprise. It added the abbreviated 50-game schedule for the 1999 season, available as a separate option upon beginning a new game. Not only did this leave the original 82-game schedule intact, it included surprising functionality with the 50-game option in multi-season play. If you chose to start a new game with the shorter schedule, after the first year, it would revert to 82 games just as the real NBA would do. In a time when we’d only get a couple of official patches at most, and they often only addressed a handful of issues, getting that functionality into the game definitely stands out as a surprising update. 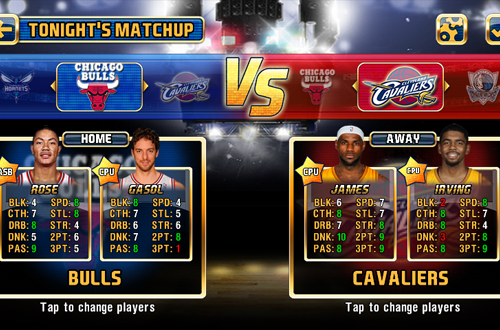 I’m overdue to produce a retrospective of NBA Jam: On Fire Edition for Wayback Wednesday. It’s one of my all-time favourite arcade basketball games, and in my view, one of the best ever releases in that genre. It basically took everything that had been great in other NBA Jam titles, enhanced the AI for less repetitive gameplay, and expanded upon the campaign mode experience. It was also announced that it would receive roster updates, which was a first for the series across all the developers that have produced a Jam game. To that end, when the initial roster update came through for NBA Jam: On Fire Edition, it certainly wasn’t a surprising turn of events.

However, we weren’t expecting roster updates beyond the 2012 season. The first update added moves that occurred after the lockout of 2011 was lifted, while the second roster added some Class of 2011 rookies. Out of the blue, NBA Jam: OFE received a third and final roster update in January 2013, which included new rookies and other transactions. Meanwhile, the Android version of NBA Jam was still being updated as of 2014, receiving a new roster in January, and then another in December. Considering that EA Sports has mostly left the NBA Jam brand to rot after releasing just three games, it’s surprising that a couple of versions kept receiving new rosters. 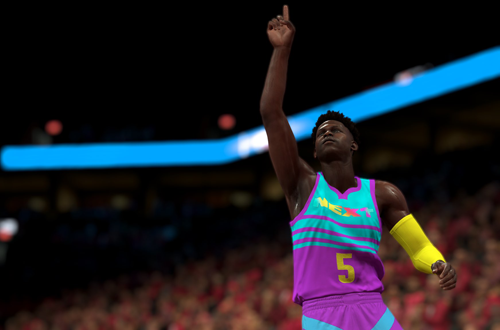 Suffice to say, the COVID-19 pandemic has had an effect on the world that’s unlike anything many of us have ever experienced before. With the shutdown and restart of the NBA season, NBA 2K20 has been receiving significant content updates well beyond what I’m sure was originally planned, and indeed, NBA 2K21 Current Gen will launch before the 2020 season is even over. With the Draft pushed back, it’s going to be a little while longer before the Class of 2020 makes their debut…at least in real life. Thanks to the addition of the NEXT packs, prospects such as LaMelo Ball, Anthony Edwards, and R.J. Hampton, are playable in MyTEAM earlier than normal.

Needless to say, it was cool to see that happen. As noted above, developers usually haven’t been able to include next year’s rookies in the previous game as they aren’t licensed to do so, though perhaps the situation is changing. Of course, there was a downside to this particular surprise. It’s content that’s locked behind the loot box mechanics of MyTEAM, and thus intended to generate recurrent revenue. As such, unlike the other surprising updates on this list, it’s not something that everyone is able to readily access. Having said that, MyTEAM gamers are aware of what the mode is all about, and it’s still an addition that few of us expected to see, based on past games.

Can you recall any other times that basketball video games received some surprising updates? Let me know in the comments below, and as always, feel free to take the discussion to the NLSC Forum! That’s all for this week, so thanks for checking in, have a great weekend, and please join me again next Friday for another Five.