Welcome to this week’s edition of The Friday Five! The Friday Five is a feature that I post every Friday in which I give my thoughts on a topic that’s related to NBA Live, NBA 2K, and other basketball video games, as well as the real NBA, and other areas of interest to our community. The feature is presented as either a list of five items, or in the form of a Top 5 countdown. This week’s Five lists five trophies (or depending on the platform, achievements) that rank among the toughest in basketball games.

Trophies and achievements are an aspect of modern gaming that tends to divide most gamers into a couple of broad categories: those who take pride in collecting as many of them as possible, and those who are mostly indifferent to them. Some gamers may view trophies and achievements with some degree of scorn, but I’ve always found them to be a fun idea. They’re a clear goal for completionists to aim for, and in many cases suggest interesting challenges, perhaps even hinting at modes and features we wouldn’t normally think of trying out.

Of course, some trophies and achievements are attained very easily, simply by playing through a game’s story or campaign. Such is the case with several basketball games, where progressing through the career mode or completing tutorials is enough to earn several of them. There are some that are far more difficult to attain though, and that’s what we’re looking at today. Since any trophies and achievements for online features eventually become impossible to attain when the servers are shut down, I’m excluding them from this list unless they were also notably difficult to get at the time; otherwise, they’d all make the list by default. Without any further ado, let’s tip off the list! 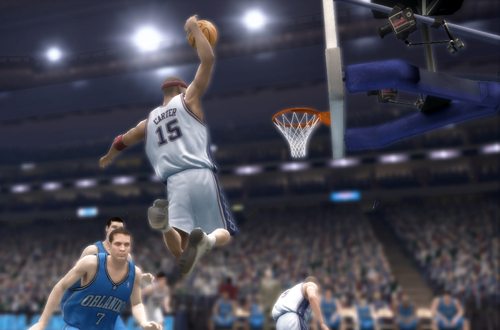 I dedicated an entire Wayback Wednesday feature to this infamous achievement. As the name implies, the goal of this achievement in the Xbox 360 version of NBA Live 07 was to be one of a thousand gamers online at the same time. In recent games, this wouldn’t be a particularly difficult task to accomplish, but back in 2006, it was much, much tougher. Put aside any issues with the game itself – NBA Live 07 did sell well enough and people did play it – the real issue is that simply firing up the game when your Xbox 360 was connected to the Internet wasn’t enough. You needed to actually go into the online lobby with at least 999 other gamers to unlock the achievement.

There are some obvious drawbacks to this achievement. It required at least 999 other gamers to have the same idea at the same time, and stick around long enough to meet the quota. Online basketball gaming wasn’t quite as popular then as it is now, and not everyone is interested in attaining trophies and achievements, so it took more than a couple of coordinated efforts by the community to get enough people online and in the lobby at the same time. One last effort before the game’s servers were shut down was successful, but all things considered, EA Sports’ attempts to promote the online portion of the game just added an achievement that was virtually impossible to get. 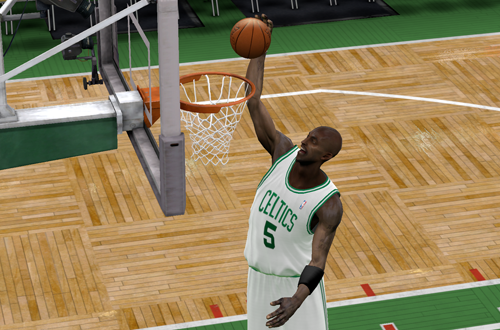 This may stand as the prime example of why trophies and achievements related to online modes and play need to be thought through very carefully. It was obviously meant to test the mettle of online gamers and stand as some serious bragging rights, but the toughness went beyond the challenge of beating a member of Team 2K in an online game. That was already a tall order in the first place, not only requiring the good fortune of being matched up against a Team 2K member, but being able to beat them as well. There were opportunities to do just that though, and some NBA 2K9 gamers were actually able to achieve that distinction.

Once they had, it became easier for others to get it as well. You see, it turns out the Team 2K achievement was viral. If you defeated a gamer who had already earned it, they’d pass it on to you; presumably, the idea is that you’d beaten a Team 2K member by proxy. This was a good idea, but there was still the matter of not only having to defeat a presumably very skilled opponent, but also being matched up with them in the first place. Also, as this post understandably grumbles, bad sportsmanship makes it even tougher as the win (and with it, the achievement) could easily be snatched away from you by a ragequit. It was a cool idea, but better on paper than in practice. 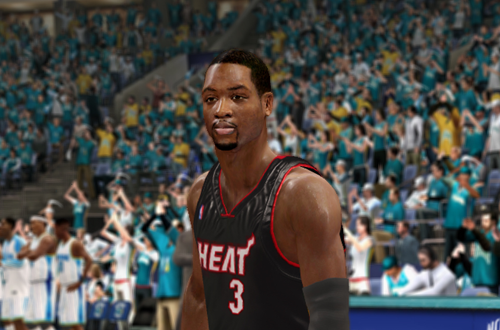 As I mentioned, one of the appealing aspects of trophies and achievements is that they set challenges that we might not ordinarily undertake. Examples include replicating big performances, breaking NBA records, and so on. NBA Live 10 had quite a few of these types of challenges among its trophies and achievements, requiring gamers to successfully complete very specific scenarios. The toughest of these challenges would surely have to be “Game Over In A Flash”, which required gamers to make a buzzer beater with Dwyane Wade in double overtime. For those who are unaware, or would just like to re-live the moment, it was based on this gamewinning shot by Wade.

With such a specific scenario, you might be tempted to grab a second controller and set it all up. Not so fast; it has to be done in solo play. That means you basically need to control the result by keeping the scores even, ensuring that both you and the CPU opponent only score when necessary. Assuming you can do that and successfully get to double overtime, you’ll need to make a shot at the buzzer to win the game. It’s a good thing you don’t have to get the steal too, as there are already a lot of variables and opportunities for things to go awry. If you ever dust off NBA Live 10 to try it, I’d recommend playing on shorter quarters, just in case you need more than one attempt. 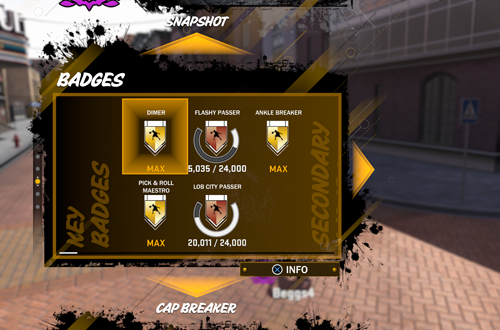 Getting this trophy/achievement in last year’s release is fairly straightforward, as long as you make the right choices when starting your MyCAREER (but we’ll get to that). It’s attained by levelling up one of your MyPLAYER’s Badges to Hall of Fame, which is certainly doable if you play MyCAREER, 2K Pro-Am, or The Playground for long enough and well enough. It is quite a grind, though. In NBA 2K17, you earned your Bronze Badges by achieving the required milestones, upgraded them to Gold via VC, and then completed further milestones to hit Hall of Fame level. In NBA 2K18, you just have to grind your way to all the necessary XP, and eventually get there.

Between some of the aspects of MyCAREER that might have turned you off last year – including the rate at which you earn XP – it’s a tough slog, especially if you’re only playing Playgrounds and 2K Pro-Am games. The bigger problem is that with the introduction of hybrid Archetypes, some of them – like Sharpshooting Playmaker, for example – don’t actually have any Hall of Fame level Badges! They instead max out at Gold, making it impossible to attain the trophy/achievement unless you start over with an appropriate Archetype. It stands as another example of how having the primary and secondary Archetypes was a good idea, but poorly implemented in NBA 2K18.

5. Rise to the Challenge (NBA Playgrounds) 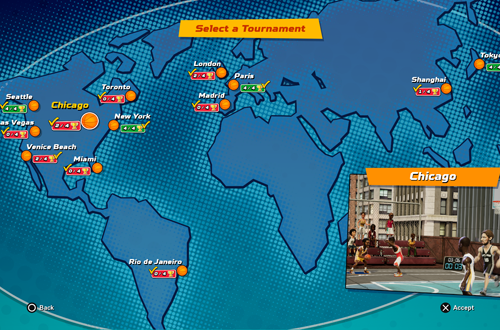 So far, I’ve managed to get every trophy in the original NBA Playgrounds except for this one. I’ve beaten all of the tournaments and been able to grind my way to enough packs to get 150 players. I’ve activated five lottery picks in a single game, completed 50 alley-oops, knocked down 150 three-pointers, and thrown down 100 dunks. I’ve even been able to make a shot from the backcourt without using the lightning ball boost. I just can’t complete all of the objectives set forth in the tournament challenges, though. I’ve completed a few of them and unlocked the extra basketballs for a couple of the original tournaments, but I’ve had very limited success with the rest of them.

To that end, this trophy continues to elude me. Although the challenges aren’t that difficult on paper – block six shots, score 45 points, that kind of thing – they’re often harder than they sound, or indeed, should be. There’s some really cheap AI in NBA Playgrounds, and it often feels like the game knows when you’re shooting for one of the challenges, doing its best to keep it out of reach when you’re close to succeeding. Sure, you may win the game, but you’ll suddenly find yourself unable to block or make a shot, or maybe strip the ball, leaving you short of a statistical goal. Artificial difficulty makes it a lot tougher than it should be, at least in my experience.

Have you struggled with any of these trophies and achievements? Have you managed to attain them? What are some other trophies and achievements in basketball games that have been particularly tough? Have your say in the comments section, and as always, feel free to take the discussion to the NLSC Forum! That’s all for this week, so thanks for checking in, have a great weekend, and please join me again next Friday for another Five.