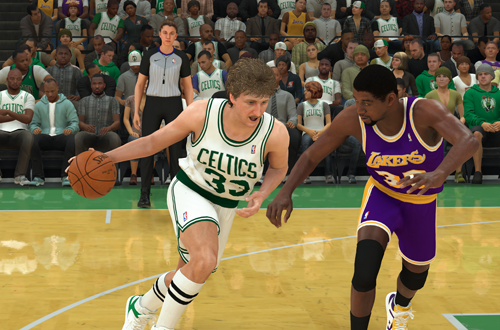 As much fun as it is to play with the retro teams in NBA 2K, something is missing from the experience. Most of the big names are there along with key role players, and there are historically accurate playbooks for the retro teams, but the setting isn’t quite complete. Any game that you play with a retro team will be under modern NBA rules, which doesn’t completely ruin the fun, but it does prevent a level of authenticity. It’d be great if we could choose historical rules in the gameplay settings, including 10-second violations in the backcourt, the shot clock resetting to 24 seconds, the original illegal defense call, and other rules that have since been changed over the decades.

Taking this a step further, I’d love to have the option of disabling the three-point line, or automatically removing three-pointers from games played on the home court of teams from the 60s and 70s. NBA Live actually used to do that with the 50s, 60s, and 70s All-Stars, and games played in NBA’s Greatest also removed the three-point line, but any other games played with pre-three-point era teams in NBA 2K erroneously feature the arc. Taking it yet another step further, it’d be a lot of fun to use these rules in a custom MyLEAGUE, as well as select some historical league settings such as the 5-7-7-7 Playoffs format, longer player contracts, and other throwbacks to yesteryear. 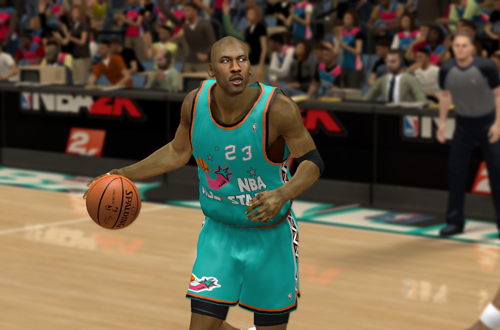 Despite the sizeable selection of historical teams already included in NBA 2K, there are still plenty of suggestions we can throw out there for future games. The fact that I’ve been able to suggest more than 50 so far in previous Friday Five articles is proof of that. There are plenty more suggestions we can make for retro NBA squads, but a concept that 2K hasn’t explored yet is to add some specific throwback All-Star teams; in other words, the East and West squads from 1985, 1992, 1996, 2001, 2003, 2009, and so on. It’d be fun to be able to replay memorable All-Star Games, and to have some of those awesome throwback All-Star jerseys as part of the retro content.

Including these teams would probably be a lot easier than historical NBA squads as well. All-Star teams are generally made up of the biggest stars in the league in any given year, and a lot of those superstars of yesteryear have already been licensed for NBA 2K as part of an existing retro team, or the All-Time squads. There would be some notable missing players – Charles Barkley, Reggie Miller, and Rasheed Wallace come to mind – but I imagine that the lineups would be closer to being complete than many of the present historical squads. I know they wouldn’t appeal to everyone, but they would be something a bit different, and I’m sure they’d be appreciated. 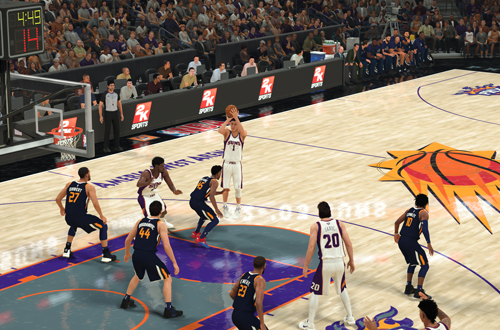 Throwback jerseys have been available in basketball video games for a long time now, and they let us stage our own Hardwood Classics nights whenever we like. As of NBA 2K20, we’re also able to choose from a wide selection of jerseys; almost every uniform in every franchise’s history, in fact. Something that we’ve never been able to do is switch in retro logos and courts through an in-game option. It isn’t difficult to swap modded files in and out on PC so it’s an effect we’ve been able to achieve, but how much better would it be if all retro branding was selectable the same as jerseys are? It’s not a high priority, but like choosing accessory colours, it would be nifty.

There was a time when this probably wasn’t feasible, but I’d suggest that the tech and infrastructure is there now. First of all, there’s the aforementioned accessory colours option that was added to the jersey selection screen in NBA 2K20. Clearly, there’s room for additional pre-game customisation options. Furthermore, selecting the City Edition jerseys in NBA Live 19, NBA 2K19, and NBA 2K20 will also swap in the appropriate City Edition court. Ideally, retro logos, courts, and jerseys should be able to be selected independently of one another, but the point is that it should be feasible to choose retro branding as well. It’d be a nice little detail for those who want to use it. 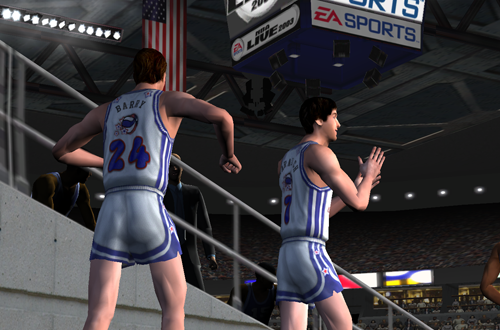 Going back to All-Star related ideas, I’m surprised they haven’t done this, given the inclusion of All-Decade and All-Time teams. Basically, I’m referring to including an All-Time East and All-Time West squad, featuring the best players to play in each conference. It would basically be a combination of the All-Decade and All-Time team concepts, distilled down to the cream of the crop. To avoid duplicates, the players must have played a majority of their career in the conference they’re representing. Hakeem Olajuwon’s lone season with the Raptors isn’t enough to get him on the East, nor does Patrick Ewing’s stint with the Sonics place him on the West, for example.

It might seem like a pointless addition to some, as the players who would be featured are already in the game, and you could feasibly create these squads already. The point is that if those squads were added, they’d have their own jerseys, logos, courts, and an extra copy of all the players involved. Those assets would be incredibly useful for modding, as would the extra two teams that are now available in the roster. Beyond that, they’d be ready-made and fun to play with; something different and nostalgic. Make them collectable in MyTEAM, and you’ve got some additional retro content there. More players to collect and auction off, more packs to be bought; it’s a win-win. 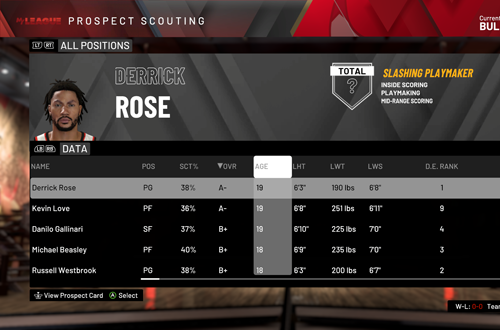 This is by far the most ambitious, and also unlikely, suggestion for retro content on this list. It’s an idea that quite a few people have brought up over the years, and with the addition of historical Draft Classes, it’s one that probably isn’t going to go away anytime soon. In short, how awesome would it be to be able to replay an entire retro season, replicating or rewriting history? If the current NBA isn’t your bag, you’d be able to play a season with ready-made teams from yesteryear, taking advantage of all the features that basketball video games from that era didn’t have. Imagine having the same concept in a multiseason franchise mode as well. What fun that would be!

Unfortunately, there are a lot of hurdles to clear to make this a reality. The tech is obviously in place to feature historical Draft Classes and facilitate multiseason play, but licensing all the necessary players is another matter. You’ll notice that those historical Draft Classes are incomplete; they only include the players that 2K has been able to license. A league with big names, a handful of role players, and mostly fake placeholders is the likeliest scenario, and that would really water down the intended experience. Still, as far as ideas for retro content that haven’t been done yet, it would be amazing if it could ever be done. I’m not holding my breath, but it’s a fun thought.

Would you like to see any of these ideas for retro content come to fruition? What else would you like to see done with retro content in NBA Live or NBA 2K that hasn’t already been done in previous games? Have your say in the comments section below, and as always, feel free to take the discussion to the NLSC Forum! That’s all for this week, so thanks for checking in, have a great weekend, and please join me again next Friday for another Five.