Welcome to this week’s edition of The Friday Five! The Friday Five is a feature that I post every Friday in which I give my thoughts on a topic that’s related to NBA Live, NBA 2K, and other basketball video games, as well as the real NBA, and other areas of interest to our community. The feature is presented as either a list of five items, or in the form of a Top 5 countdown. This week’s Five is a list of ways that basketball video games are more fun these days.

We tend to enjoy basketball video games around these parts. It may not always seem like that, but a hardcore fanbase is always going to be passionate, and criticism always comes across louder than praise. We have our complaints, and there are things that we want to see improve, but generally speaking, we do have fun with basketball games. Whether we prefer franchise gaming, team building modes, the single player career experience, or online play, there’s usually at least been a handful of games that have given us memorable and enjoyable moments on the virtual hardwood.

Of course, basketball games have been fun for a long time, and if you’ve been playing them for many years, then it’s likely that you have many fond memories of older titles. It’s often fun to revisit an old favourite, but other times, it’s best to leave the memories alone. After all, technology and design concepts have come a long way over the past couple of decades, and there have been many improvements that make more modern basketball games more fun to play than their predecessors. It’s not always apparent until you go back and play an old game, and there are always exceptions, but if you’re feeling sceptical, here are five ways that basketball games are more fun now.

1. Better Game Modes (And More of Them) 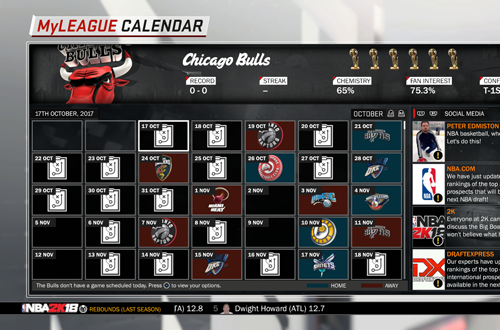 There was a time when all we had to play in a sim-oriented NBA game was Season mode. Considering that games like Lakers vs Celtics didn’t even include every NBA team and only featured an abbreviated Playoffs tournament, when we were finally able to play an entire season and Playoffs with any team we wanted, it was a big deal. That obviously feels very quaint now, as the modes in basketball video games have grown in number and depth. The early franchise modes were a lot of fun, but now we have a whole range of experiences to enjoy on the virtual hardwood. As such, when a game’s modes are lacking in depth and quality, it’s a noteworthy flaw.

In MyLEAGUE and MyGM, we have two of the best, deepest franchise modes we’ve ever seen in a basketball game. NBA Live’s revamped Franchise mode is lagging behind, but hopefully it continues to improve. Both games feature robust single player career modes with connected online experiences (more on that in a moment). Both of the team building modes are fun as well. We’ve come a long way from just playing a straightforward season, and the best games have featured modes that kept us hooked for months. We’ve lost a few of them along the way, such as NBA Live’s All-Star Weekend, but with any luck we’ll see them again at some point in future releases. 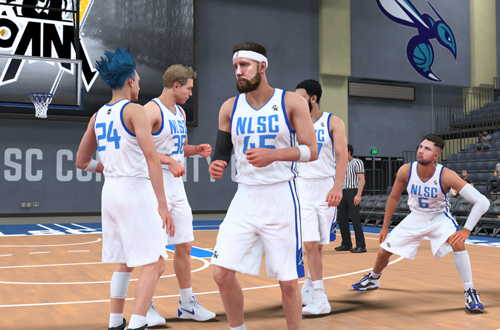 Back in the early days of online basketball gaming, there weren’t a lot of options. Single game head-to-head play was the only mode of play for a long time, though eventually games started adding modes such as leagues and team play. All of those developments have led to the online experiences we have now. In addition to the traditional head-to-head options, we also have connected experiences integrated with the career modes. With modes like 2K Pro-Am, LIVE Run, The Playground, and LIVE Events, not only can you guide your avatar through an NBA career, you can also team up with and take on other people’s avatars in online competition.

Although there are a few drawbacks to online components being integrated with the single player career modes, it also streamlines the experience. There’s no separate XP to earn, so you only need to build up one avatar for use in all of the online experiences that are connected to the career mode. While I don’t care for The Neighborhood, it is a commendable effort to expand the experience and create something bigger than the traditional career and online modes (for better or worse). From the popularity of those modes, it’s clear that basketball gamers are having a lot of fun with them. Personally, they’ve made a long-time offline and franchise gamer give online play a second look. 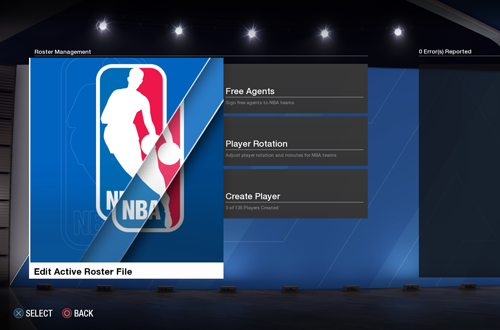 Roster editing was once unheard of in basketball games. It finally became a staple of the genre in the mid 90s, though there were still a few releases after that which had limited or no roster editing functionality. We even have some modern examples in the form of NBA Live 14, NBA Live 15, and NBA Live 16. NBA Live 18 didn’t have any roster editing functionality at launch, but it was patched in last December. Funnily enough, the options added in the patch have given NBA Live 18 some of the deepest editing tools in the series to date, almost on par with what we’ve seen in various NBA 2K games over the years. Needless to say, it was a very welcome update.

Customisation has come a long way since all we could really do was trade players and assemble custom teams. Over the years, additional customisation tools have included the ability to create new players and edit original ones, add completely new custom teams, modify playbooks, set rotations, and more. Player editing has been expanded to give us access to more ratings and attributes. As of NBA 2K18, we can even change player names. Of course, advanced modding projects have generally required external manipulation of game files, but there’s a lot that we can do in-game now. We can also immediately share our work so that other basketball gamers can have fun with it. 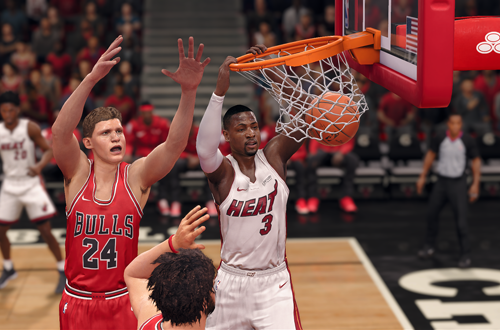 If you go back and play an old basketball video game the same way that you play a modern one, you’ll notice something interesting. The more realistic strategies that we must now utilise can actually work in some of the best games from yesteryear, which demonstrates that a few of them were more realistic than a lot of us may remember. They do have their limits though, and after a while you’ll have to resort to “video game strategies” in order to be successful. The mechanics, physics, and AI of older basketball games just aren’t good enough to facilitate the same level of realistic play and strategy that we’ve grown used to in recent titles.

The fact that realistic basketball strategies are more effective definitely makes today’s games a lot of fun, and in many ways, more enjoyable than their predecessors. There’s no need to stick to inside shots and three-pointers, as mid-range jumpshots are viable offensive weapons. CPU teammates are smarter so it’s worth calling plays, and even freelance basketball is effective because they’ll move around and try to get open. You need to master the sport as much your video game skills, which is what we’ve always wanted out of sim titles. It’s much more fun to run a play to perfection and see games and scenarios play out the way they would in real life, than spam cheesy exploits. 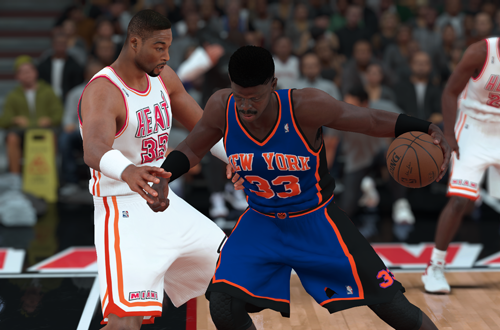 Earlier I noted that it was an exciting development when NBA video games started to include all of the teams in the league. These days, that wouldn’t even be considered an acceptable minimum. Beginning with the Decade All-Stars in NBA Live 2000, it’s become customary to include some bonus teams in basketball games. Aside from the Decade All-Stars, we’ve had International and European All-Stars, Draft class teams, FIBA teams, sports brand squads, and more. It all led to the addition of retro teams in NBA 2K11, and since then, historical squads spanning from the 60s to the present have been a staple of the series. For its part, NBA Live 18 added WNBA teams.

It’s actually reached the point where we probably can’t even call those teams bonus content, because we expect to see them in the games. If a team or a handful of players are removed, we’re disappointed. Those extra teams are fun to play with, even when there isn’t a dedicated mode for them. In the early days of basketball games, it seemed as though licensing issues would prevent content like we have now from ever being a reality. It was possible through modding, but having all those teams in the game by default is so much better. With all the extra content above and beyond the current NBA teams, there’s even more fun to be had in basketball games today.

What are some other ways that basketball video games are more fun and enjoyable these days? Have your say in the comments section below, and as always, feel free to take the discussion to the NLSC Forum! As you’ve probably guessed, I will have a follow-up feature looking at ways that basketball games aren’t as fun now, so stay tuned for that. That’s all for this week though, so thanks for checking in, have a great weekend, and please join me again next Friday for another Five.