The Friday Five: 5 Ways We Can Be Less Toxic

Welcome to this week’s edition of The Friday Five! The Friday Five is a feature that I post every Friday in which I give my thoughts on a topic that’s related to NBA Live, NBA 2K, and other basketball video games, as well as the real NBA, and other areas of interest to our community. The feature is presented as either a list of five items, or in the form of a Top 5 countdown. This week’s Five describes five ways that the basketball gaming community can be less toxic towards each other.

Toxic behaviour and video game communities: name a more iconic duo, right? I’ve talked about toxicity in our community before, and the situation hasn’t improved in the past twelve months. That’s not unexpected of course, because unfortunately it’s something that’s rather ingrained in online culture. However, with some of the issues that basketball gaming is facing at the moment, it’s a shame that we can’t all get on the same page more often. We’ve never been in complete agreement and we never will be, but it does feel like we’re more divided these days.

With that being said, there’s no reason that we can’t try to bridge the gap and strive to change the culture. If nothing else, we can set ourselves up to have more positive experiences, and simply avoid some of the more toxic aspects of the hobby. To that end, in addition to pointing out ways that we can be toxic, I’m proposing solutions to make the basketball gaming community a nicer scene. Considering how certain toxic behaviours not only cultivate an unfriendly atmosphere, but actively work against our best interests as consumers, it’s a matter of cutting off our nose to spite our face if we don’t at least try to change the way we think and interact. 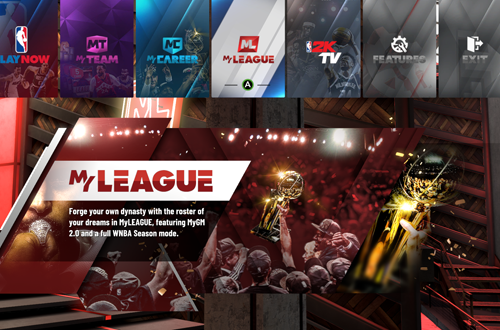 Modern basketball gamers offer up a variety of different ways to play virtual hoops. It’s one of the strongest attributes of the genre these days, so it’s disheartening when gamers get so toxic about their preferences. Common examples include choice in modes (“Who plays MyLEAGUE/MyCAREER anyway?”), different preferences regarding the experience (“Go play MyCAREER if you want to play against bots!”), whether you’re primarily an online or offline gamer (“You suck!/You’re not a real gamer!”), and ideal level of sim (“Nerd!”/Cheeser!”). There’s only one “correct” way to play basketball games, and of course, it’s the one that you prefer and have chosen.

Except that’s not the case at all. It’s nothing but posturing; pointless back-patting and chest-thumping over personal preference. That would be toxic enough, but it leads to a bigger problem: too many people don’t care about issues that don’t affect them. “Not my problem, not a real problem” is a toxic attitude, and it prevents us from standing together as a community. There are ways that games can cater to us all, without any of us losing out on anything. We should want that for each other. Instead of gatekeeping and feeling smug that our fellow gamers are missing out while we aren’t, we should support each other’s feedback, and work together on mutually beneficial suggestions. 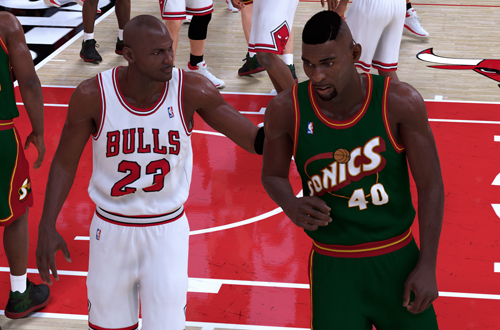 This issue goes well beyond basketball gaming, of course. It is wishful thinking to believe that toxic behaviour will go away just because I’ve written an article about it. Still, I’ve got to try. Tying this in with the above point, our different preferences, as well as our individual expectations and standards, will be a major factor in forming our opinions on basketball games. There are plenty of issues where we can reach some semblance of consensus, but other issues will invite polarising opinions. This will lead to some spirited discussion and maybe even heated debate at times, and that’s fine. We just have to remember that that’s another person typing those words.

That means avoiding pointless personal attacks. It means arguing in good faith, and not resorting to thought-terminating clichés and toxic debate tactics, such as overused buzzwords that only lead to ad hominem arguments. We shouldn’t be shutting down criticism or praise, which is not to say we shouldn’t disagree and offer up dissenting opinions, but we shouldn’t dismiss well-reasoned takes out of hand. In our modding community, that also means being supportive, showing appreciation for the work others make and the support we receive, and not being demanding or rude. When it comes to our general demeanour and interactions, we shouldn’t be jerks to each other. 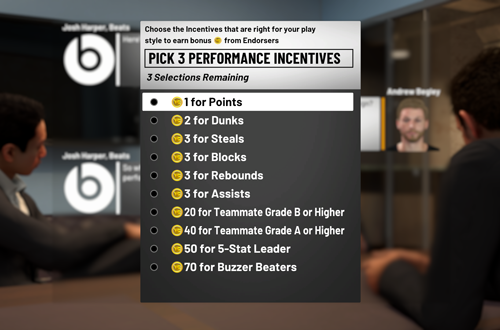 Yes, we gamers are prone to hyperbole. We can take a small issue and blow it way out of proportion, directing unnecessary vitriol towards the developers. In short, we can be haters at times. However, it works both ways. It seems that there’s nothing that someone won’t defend, dismissing perfectly valid criticism as “whining”. If NBA 2K started charging 1000 VC to advance past the main menu every time, you know that someone would say “Well, you don’t have to buy VC; you can earn it in-game. It’s up to you to manage it so you’ve got enough funds each time you play, that’s just part of gaming these days. Stop being a whiny cry-baby, and learn how to manage your VC!”

That may sound like an exaggeration, but given some of the discussions I’ve seen, it’s frankly not that far-fetched. While it’s toxic to bash games and not be constructive in our criticism, it’s just as toxic to shut down all valid complaints and suggestions for making the game better. This is particularly true when it comes to features that are lacking in goodwill, legacy issues that have been around for some time, and design choices that are otherwise problematic. It’s another situation where we have to stand together as a community. We can acknowledge the great things in basketball games, while also pointing out flaws and taking a stand against anti-consumer mechanics. 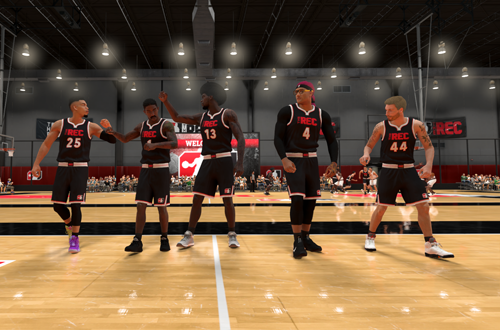 I recently reflected on my experiences in The Rec in NBA 2K20, noting that not much has changed since last year. Now, I do believe that shortcomings such as the complete lack of matchmaking and design choices that favour gatekeeping attitudes are playing a major role in cultivating a toxic atmosphere. That’s on 2K, but I’d also suggest that too many gamers are quite readily buying into it. Even if those problems were to be eliminated, if people continue to enter online play with a Player One mentality, pout and sabotage their team if they’re unhappy with how things are going, and basically just refuse to play nice together, then the scene is going to remain incredibly toxic.

Policing ourselves is an uphill battle, but we can each do our part to improve the experience when we come together to play. Keep the ball moving, and discourage ball hogs. Encourage and advise each other on the open mic, rather than barking orders and screaming profane rants when someone makes a mistake. Don’t be a snob, and keep in mind that everyone is new once, and everyone needs practice in order to get better. Don’t ragequit, whether it’s a 1v1 matchup or an online team play situation. The games themselves need to do a better job of cultivating less toxic attitudes, but if we show that we won’t happily default to that behaviour, then that’s a promising start. 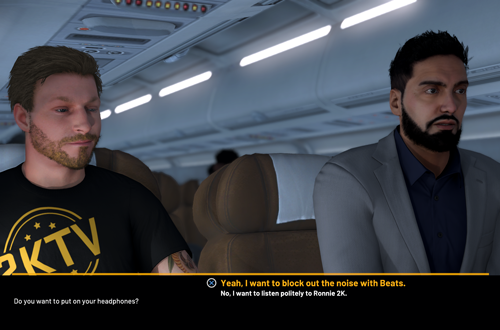 That might seem like a weird thing to say on a site that’s dedicated to covering all things basketball gaming, but at the end of the day, it’s the truth. Say that you’re one of the elite gamers with a jaw-dropping online record; that’s cool and hats off to you, but it’s just a game. Say you created an incredible mod that took hours and hours to complete; that’s impressive and we salute your hard work, but that doesn’t give you carte blanche to be as toxic as you please. This is a hobby that we’re all passionate about, but we also need to keep it in perspective. Is it worth getting worked up and being toxic over something that we (supposedly) ultimately do for fun?

I’d suggest that it isn’t. After all, at the end of the day, that’s why we play basketball video games: to have fun with a virtual representation of a sport we’re passionate about. We can be pleased with our accomplishments and creative works, and take great satisfaction in the hobby, but let’s remember that it is a hobby. Even if you’re a content creator, it’s important to be able to take a step back and not get caught up in toxicity, and certainly avoid contributing to it. It’s vital that we provide constructive criticism where necessary, but let’s also keep in mind that it’s also OK to enjoy and celebrate games. Nothing good comes of toxicity, so let’s not engage in it.

Have you noticed any changes in the community as far as an increase in toxicity is concerned? How would you go about making things better between hoops gamers? Have your say in the comments section below, and as always, feel free to take the discussion to the NLSC Forum! That’s all for this week, so thanks for checking in, have a great weekend, and please join me again next Friday for another Five.