The Friday Five: 5 Ways to Spot a Shill

Welcome to this week’s edition of The Friday Five! The Friday Five is a feature that I post every Friday in which I give my thoughts on a topic that’s related to NBA Live, NBA 2K, and other basketball video games, as well as the real NBA, and other areas of interest to our community. The feature is presented as either a list of five items, or in the form of a Top 5 countdown. This week’s Five provides a guide to spotting a shill in the basketball gaming community.

Contrary to what some people might think, I don’t relish writing critical articles. It’s something that I like to balance, because I believe that we should enjoy and celebrate basketball gaming. After all, my motto for the NLSC is fans, not fanboys; critics, not haters. However, it’s also important to point out issues with the games, as well as our community, and the wider basketball gaming community in general. It’s vital that we stand up for ourselves as consumers, which means not remaining silent when there are problems, or defending bad practices. In short, it means not being a shill.

Now, what’s the difference – if any – between a fanboy and a shill? There’s obviously a large amount of overlap between the two, but I would say that a shill tends to take things much further. They also tend to be louder voices in the community, wielding some level of influence, and enjoying certain perks as a result. Fanboys contribute to very frustrating discussions and muddy our attempts to provide constructive feedback, but a shill shuts down the conversation, and throws their fellow gamers under the bus. The shills aren’t going anywhere, but if you know how to spot them, you can at least take their words with the scepticism that they deserve. These are the tell-tale signs. 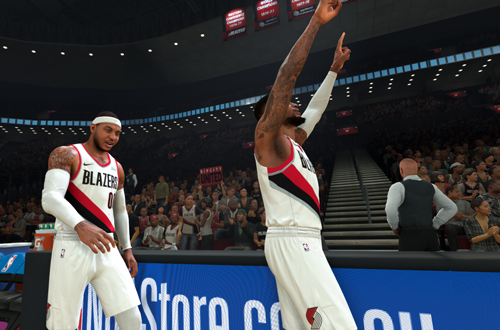 Obviously, positive opinions alone do not identify a shill. This is a common mistake, and immediately jumping to accuse someone of being a shill is a sign of cynicism run amok, or even that you’re a bit of a hater. However, shills will constantly offer up gushing praise of a game, usually sprinkling in clichés and buzzwords along the way.  Everything will be a major improvement on the previous game, even when hands-on experience (or just watching videos of others playing) says otherwise. That’s not to say there won’t be any truth to what they’re saying, but their praise will be greatly exaggerated, usually beyond accuracy. It’s a shill’s role to talk things up, after all.

Conversely, if there’s a matter where it’s almost impossible not to be critical – lest one look like a complete and utterly shameless shill – their criticism will be laughably soft and gentle, even apologetic. They’ll make excuses, deflect from the issue, move the goalposts, and even try to shift the blame onto the community: “Sure, it’s been two months and the issue hasn’t been fixed, but gamers are pretty rude on Twitter, so can you blame them?” Again, this isn’t to say that positivity or politeness alone is a tell-tale sign, as it isn’t. However, if someone is clearly doing their best not to step on a developer’s toes when criticising, while also frequently gushing? That’s a red flag. 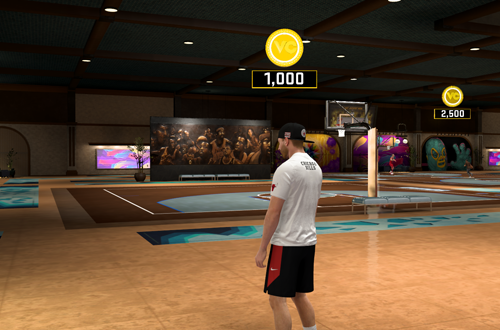 Not only do shills offer up weak, sugar-coated criticism – if and when they do actually criticise, that is – but they’re quick to dismiss other people’s critiques. I’m not talking about hitting back against mindless, misguided bashing (which is something that we should all do), or merely having a difference of opinion. I’m talking about trotting out tired ad hominem attacks such as calling people haters, or some other dismissive term, when in fact they’re calmly making valid points. Excuses will be made. “You mustn’t be very good at the game” is a classic; “Your expectations are too high” is another. There’s a vast array of thought-terminating cliches for shills to choose from here.

You’ll also notice that shills are pre-emptively dismissive of criticism, especially right around the release of a new game. Once again, this amounts to an assortment of bad faith arguments and snide remarks that portray anyone who is critical of a game as a whiner that’s determined to hate on a new release, or as having some unreasonable expectation of perfection. It’s almost as if they know there will be certain issues that should rightfully be criticised – or at least cause a game to be docked a few points off its review score – and they’re trying to get out in front of it. It’s very reminiscent of the behaviour of fanboys, only somehow even more aggressive and obnoxious. 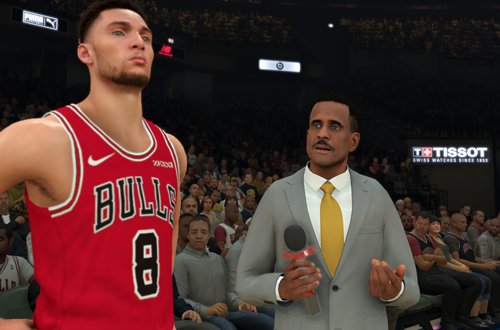 Speaking of reviews, when it does come time for a shill to offer up their appraisal of a game – be it in written or video format – they’ll always show their true colours. There will be the gushing praise, downplayed criticisim, and pre-emptive excuses that I’ve mentioned above, but on top of that, their reviews will come across like a glorified press release or advertisement. They’ll hit on all the major selling points that have been touted throughout the preview season, without really saying much of value about them. It will come across as more of a breakdown of what’s in the game, rather than how well it plays, or whether or not the key features deliver on what they promised.

That’s because outside of the gushing and token begrudging criticisms, there’s no in-depth dive into a game in a shill’s reviews. Legacy issues that someone familiar with basketball games will immediately recognise in a new title are scarcely mentioned. There’s no real analysis of how well specific features – old and new – work together. Major concerns such as the intrusiveness of recurrent revenue mechanics or server performance seldom factor into the score, regardless of how much they’re bound to affect enjoyment. A shill’s reviews sound less like a subject matter expert giving their fellow enthusiasts an insight, and more like someone helping out with a sales pitch.

4. Lack of Care about Other Modes (& Gamers) 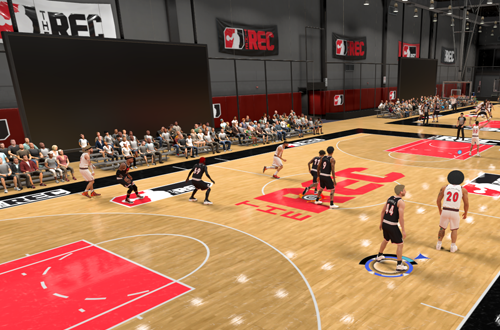 A lot of shills have very specific basketball gaming habits, usually sticking to one mode in particular (sometimes dabbling with a second). There’s nothing wrong with this of course, and by itself, it’s not an indication that someone is a shill. However, their singular focus will contribute to the shallowness of their reviews, impressions, and criticisms. It will also play into their tendency to dismiss criticism. You’ll often see them shrug at critique of something outside their mode of choice and say “Well, I don’t play that”. It’s OK that they don’t, of course, but it demonstrates their lack of perspective, as well as concern for those issues, and support for their fellow gamers.

This is perhaps the most disappointing aspect of shills. They’re far more inclined to side with developers and publishers rather than the community, for reasons I’ll get to shortly. Granted, the customer isn’t always in the right, but I’m talking about siding against their fellow gamers in situations where the company is clearly in the wrong, or there’s a legitimate problem with the game. Shills are prone to adopting a stance of “not my problem, therefore not a real problem”, and if you’re a long-time reader of my articles or listener of the NLSC Podcast, you’ll know how much I truly abhor that way of thinking. It’s selfish, and it’s contributed to the current state of basketball gaming.

5. The Perks Afforded to a Shill 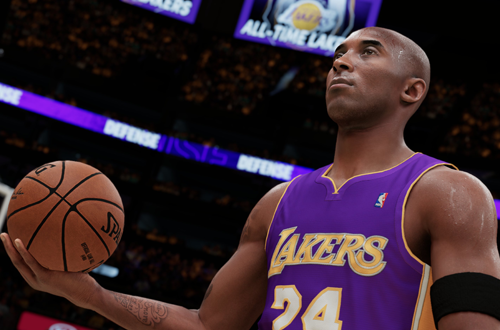 As I noted, the difference between simply being a fanboy and being a shill is that the latter is someone who wields influence, and has some level of prominence in the wider basketball gaming community. It’s no surprise, then, that those willing to cosy up to developers, toe the line, and throw their fellow gamers under the bus, are treated to an assortment of perks: free copies of the games, special in-game badges and logos, and of course, exclusive information and preview media. I mean, no one is going to shill unless they get something in return, right? When a “name” uncritically supports a game and receives these perks, it doesn’t take a genius to put two and two together.

It’s a shame because it wasn’t always this way. Developers sought out people in the community who were courteous, knowledgeable, and dedicated to giving constructive feedback. They also sent out media to fansites and other content creators, no strings attached. It used to be about who was trustworthy, professional, and knew their stuff. Now, it’s all about who can bury their face the deepest…well, you get the idea. There’s no way for this to not sound like sour grapes and envy, and I’m certainly not accusing all content creators of being shills; they aren’t. Still, it sucks that if you’re not willing to shill, you’re often left out in the cold. Then again, you do get to keep your dignity.

What’s your take on shills in the basketball gaming community? Do you have any other ways of identifying a shill amongst content creators? Have your say in the comments below, and as always, feel free to take the discussion to the NLSC Forum! That’s all for this week, so thanks for checking in, have a great weekend, and please join me again next Friday for another Five.