Welcome to this week’s edition of The Friday Five! The Friday Five is a feature that I post every Friday in which I give my thoughts on a topic that’s related to NBA Live, NBA 2K, and other basketball video games, as well as the real NBA, and other areas of interest to our community. The feature is presented as either a list of five items, or in the form of a Top 5 countdown. This week’s Five is a countdown of the Top 5 coincidences that we’ve seen in basketball video games.

Coincidences are everywhere in basketball gaming. As Thunder Shaq and Dee4Three pointed out, NBA 2K used very similar phrasing to my Familiar Faces in Strange Places series of Wayback Wednesday articles to describe a themed set in MyTEAM. Of course, there are only so many ways to phrase things, and similar ideas will end up with similar titles and terminology. As this 2015 post about joke stealing explains, the phenomenon of parallel development accounts for many similarities, especially when something is topical or a common point of interest.

Beyond that, a lot of coincidences are fun, owing to the way they seemingly predict the future. We’ve seen coincidences like that occur more than a couple of times in basketball video games over the years. It’s easy to call them predictions in hindsight, while conveniently ignoring a lot of things that aren’t…well, anything! The ones that do look like predictions and foreshadowing are merely coincidences, but that doesn’t make them any less enjoyable. Today, I’m counting down my picks for the Top 5 coincidences in basketball gaming. There’s some overlap with my previous article on predictions, but there are also some new coincidences that you might find amusing. 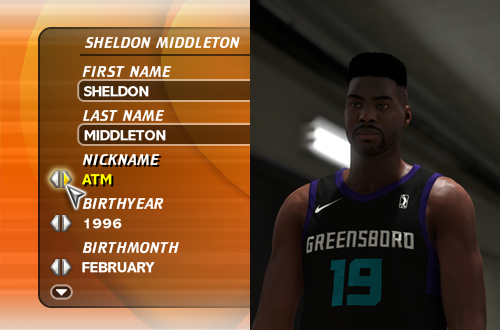 The Saga of DJ in NBA 2K18’s MyCAREER introduced us to Sheldon Middleton, aka “ATM”. If that nickname sounds familiar, it should. Way back in NBA Live 2003, we were given the ability to select an audio nickname for created players that the PA announcer would use instead of their jersey number. The And1 Mixtape Tour was very popular at the time, and no doubt influenced the nicknames that EA Sports provided us with. One of those names was “ATM”, the handle that the fictional Mr. Middleton later goes by. If you’ve ever wanted to go back and add him to an NBA Live 2003 roster – and hey, that’s kind of a fun idea – the audio is right there for you.

I’m ranking this coincidence low in the countdown because let’s face it, it’s not mind-blowing. The whole gimmick of the ATM nickname – that the player is “cash” – isn’t exactly original. It’s one of those quintessential basketball nicknames, especially in streetball. It made sense in NBA Live 2003 because of And1’s popularity, and it also makes sense in NBA 2K18 since ATM is a local streetballer who’s participating in the tournament. Nevertheless, it’s a fun coincidence that a somewhat generic, throwaway nickname in an older game’s Create-a-Player facility, has since been reused for what has become a recurring character in MyCAREER, one of NBA 2K’s flagship modes. 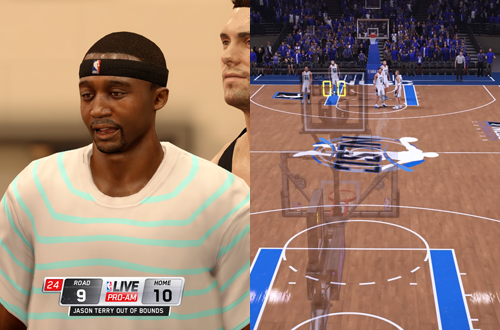 It’s no secret that NBA Live and NBA 2K have borrowed ideas from one another. I’m all in favour of this approach; a good idea is a good idea, there are certain things that a sim basketball game should have, and ultimately, it’s about who does the idea best, not who does it first. However, NBA Live 16 and NBA 2K16 presented us with the rare situation of both games introducing a similar mode in the same year, with the same name. 2K Pro-Am was announced first, but LIVE Pro-Am was already a thing. I can confirm that first-hand, as I attended a community event for NBA Live 16 and the Pro-Am name was already in place when NBA 2K announced their online mode.

Needless to say, this coincidence made EA Sports end up looking like copycats, even though they’d picked the Pro-Am name well in advance. I can say that there was some suspicion of a leak, especially as 2K’s mode didn’t really utilise the “pro” part of Pro-Am (and still doesn’t). It’s a common term of course, and going back to the post about joke stealing, it’s quite possible that this is a case of parallel development, making it a coincidence. Of course, it’s not impossible that 2K played dirty thanks to a leak, and that would make it an engineered coincidence, which is why I’m not ranking it higher. Whatever the case, it unquestionably took the wind out of NBA Live’s sails that year. 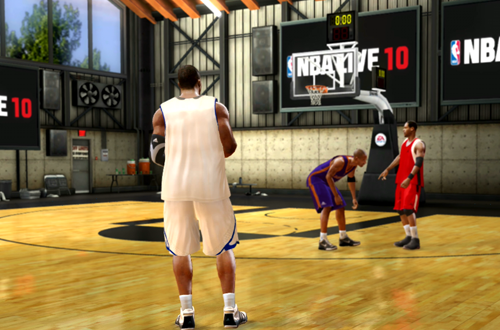 In hindsight, EA Sports should’ve continued building on NBA Live 10. It’s the last game in the series that’s really solid across the board, and it featured a memorable practice court in The Hangar. As you may or may not know, the different groups of players that would shoot around together were all linked by a common theme: Draft Class, number one picks, shoe brand, and so on. However, if you go back and watch the game’s introduction, hindsight and coincidence have created new connections for the first four players seen in The Hangar. Those four players are – in order of their appearance – Dwyane Wade, Kobe Bryant, Dwight Howard, and LeBron James.

Obviously, all four were prominent stars at the time, and Howard was the cover player that year. It’s the events that have transpired over the past decade that have made the quartet coincidental. The very next offseason, LeBron joined Wade in Miami. Years later, Wade would briefly reunite with LeBron in Cleveland. In 2012, Howard was traded to the Lakers, teaming up with Kobe. LeBron joined the Lakers – Kobe’s team – in 2018. Howard returned for a second stint with the Lakers in 2019, now teaming with LeBron. The four players were always going to be linked by their status, but the way their careers intertwined packs a few coincidences into that NBA Live 10 intro. 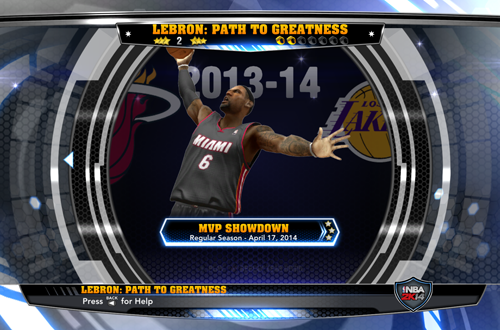 As I noted in my previous article, 2K had a good run with predictions in their 2K14 titles. The “Break the Streak” mode in WWE 2K14 predicted the outcome of Brock Lesnar vs. The Undertaker at WrestleMania XXX, while the Fantastic Journey option in NBA 2K14’s Path to Greatness mode predicted that LeBron James wouldn’t stay in Miami beyond the 2014 season. At the time, “fantastic journey” seemed like an apt name. Few MVP-calibre players are nomadic in their prime – Moses Malone being an obvious exception here – so LeBron taking his talents elsewhere (and certainly back to Cleveland) felt like a wild fantasy. As they say though, truth is stranger than fiction.

LeBron’s career hasn’t played out exactly as portrayed in Path to Greatness, but there is some coincidental accuracy in various similarities to the mode’s plot points. LeBron did leave the Heat in the 2014 offseason, though not to join the New York Knicks as in Path to Greatness. Of course, his move to a big market team in Fantastic Journey did foreshadow his eventual signing with the Los Angeles Lakers. As mentioned, his return to the Cleveland Cavaliers was also predicted by the mode. With LeBron’s talk about being a free agent by the time his son enters the league, a final run in Miami or elsewhere may also come to pass. Again, the coincidental accuracy is impressive. 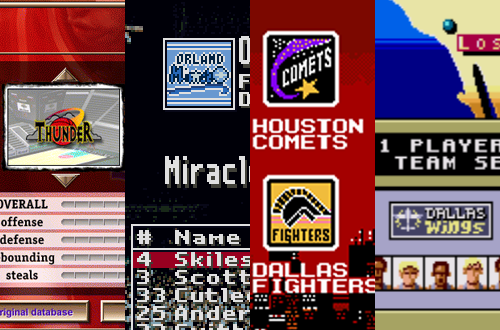 I originally had these as separate examples of coincidences, but they’re basically the same situation, so there’s not much I can say about one that isn’t repeating what I said about another. Besides, the fact that it’s happened four times over the years is a rather fun coincidence in its own right. In short, the names of four fictional teams in various basketball video games have become the names of real NBA or WNBA teams in the future. Let’s start with the Thunder, one of the custom teams in NBA Full Court Press. That moniker was of course adopted by the former Seattle SuperSonics upon their move to Oklahoma City. The custom team even used orange in their colour scheme!

Super Dunk Shot – the Japanese version of the game released as NCAA Basketball in North America, and World League Basketball in PAL regions – was essentially a fake NBA game. A lot of the teams were humorously renamed (Boston Celeries, anyone?), but then there’s the Orlando Miracle. The stand-in for the Magic bore the name that Orlando’s WNBA team would adopt. Similarly, Ultimate Basketball for the NES had the Houston Comets; a Rockets stand-in that eventually became their now-defunct sister team. Finally, Pat Riley Basketball for the Sega Genesis/Mega Drive had the Dallas Wings, another WNBA team name. Inspiration or coincidence; you decide.

Can you think of any other coincidences in basketball gaming? Let me know in the comments, and as always, feel free to take the discussion to the NLSC Forum! That’s all for this week, so thanks for checking in, have a great weekend, and please join me again next Friday for another Five.