Welcome to this week’s edition of The Friday Five! The Friday Five is a feature that I post every Friday in which I give my thoughts on a topic that’s related to NBA Live, NBA 2K, and other basketball video games, as well as the real NBA, and other areas of interest to our community. The feature is presented as either a list of five items, or in the form of a Top 5 countdown. This week’s Five is a countdown of the Top 5 Protagonists we’ve played as in MyCAREER stories (obligatory spoiler warning).

Although it’s often said that stories are only as good as their villains, it’s still vital that their protagonists are likewise well-written. There’s arguably more wiggle room here as some stories have successfully utilised protagonists that are audience surrogates; blank slates that we can project ourselves onto. MyPLAYERs certainly can qualify in that regard. Since the adoption of the story-driven approach in MyCAREER, the player character does have established personality traits, yet there are also moments where we can role-play and choose how they react to a situation.

A problem that many of us have had with the protagonists of various MyCAREER stories is that the aspects of the character and story we can’t change have a negative impact on the experience. For example, the NBA 2K15 MyPLAYER isn’t a very sympathetic character. In NBA 2K16’s “Livin’ Da Dream“, Frequency Vibrations (aka Freq) has a very specific background that doesn’t gel with the RPG mechanics of the mode, and makes decisions many of us wouldn’t. A good MyCAREER protagonist is one whose shoes we do want to jump into, whichever brand they may be. To that end, these are my picks for the Top 5 Protagonists that have become our avatars. 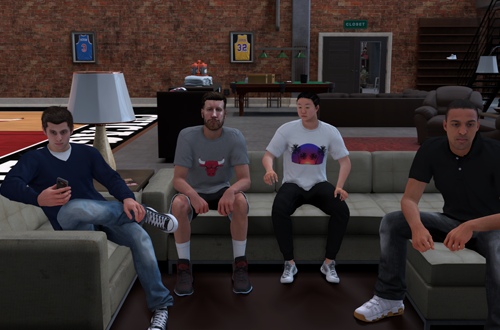 So, this might be a surprising pick, considering how many gamers – and I would count myself among them – consider NBA 2K18’s MyCAREER story to be the worst of the series. However, good things can come from bad situations, and I believe that is the case with DJ. Yes, B-Fresh was a bad attempt at “so annoying they’re funny”, which succeeded at the “annoying” part while coming up short on the latter. Mind you, she’s far from the only annoying character in an implausible story where someone who quit basketball to be a DJ ends up making it to the NBA after taking part in a streetball tournament. And no, that doesn’t sound any less ridiculous every time one says it.

You know what, though? DJ himself is one of the nicest protagonists in all of the MyCAREER stories so far. All jokes about him having the patience of Job to put up with B-Fresh aside, he’s one of the least arrogant, entitled, and confrontational player characters that we’ve assumed control of. You might say that it’s by default given how the other characters and NBA players making cameos act – seriously, Joel Embiid comes across as a massive jerk in his scene trashing your MyCOURT – but even so, DJ is generally quite likeable. He deserved to be in a much better story, and as it stands, he’s the best part of a terrible tale in one of the worst NBA 2K games to date. 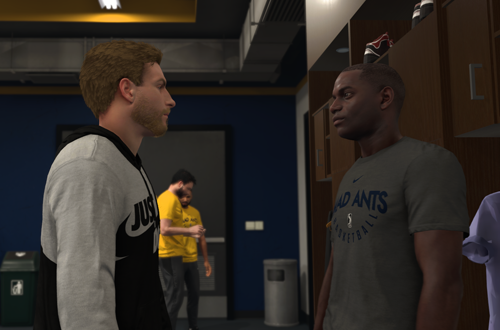 While DJ was saddled with a lousy story, AI actually had a pretty good one. “The Way Back” has some interesting twists and turns, which allow AI to grow as both a player and a person. Of course, that growth requires AI to be a bit immature at the beginning, and while it’s a necessity, it can be slightly off-putting. There are times when AI comes across as being rather entitled. Again, it’s necessary because the point of the story is that he’s being humbled by setbacks and learning to overcome them, but it does railroad the character into some dumb and egotistical moments. There are a few scenes where I wish it would’ve been possible to have AI display more humility.

Once again though, AI getting over himself and dealing with a bruised ego is a big part of the story, so it’s not an entirely bad thing. He is generally a good person, and there’s a decision that you can make very early on in the story that ultimately sets the tone for what I’d consider the best ending. Additionally, whatever his shortcomings, they pale in comparison to the sneakiness of the story’s antagonists, Marcus Young and Zack Coleman. It’s much easier to accept flawed protagonists when the villains are genuinely villainous, but even ignoring their villainy, AI is a sympathetic figure for the most part. He has some questionable moments, but he’s not a bad guy. 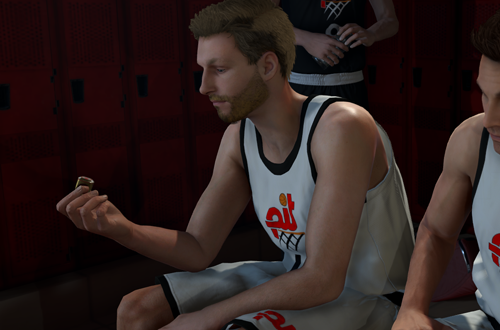 In many ways, Che is the most noble of all the MyCAREER protagonists. His story basically begins with an act of selflessness, standing up for a college teammate who has to leave the fictional Bay City University after a season-ending injury also puts an end to their scholarship. Dropping out of school on principle, Che begins a trek down a much harder road to make it to the NBA. Despite the setbacks, he takes it all in stride, even when a chance reunion with his old college coach in the NBA Summer League forces him to mend fences and put aside old grudges. It all pays off in the end, as Che demonstrates that “When The Lights Are Brightest”, he too can shine.

Of course, within Che’s selfless gesture, there is some self-righteousness. He’s not wrong, but at the same time, Coach Ernie Ames – portrayed by Idris Elba – isn’t quite the antagonist that the story leans towards portraying him as. It doesn’t help that the story’s conclusion feels like an excuse to prop up LeBron James and provide him with a soapbox, which isn’t surprising given that his production company developed the tale. Also, none of the protagonists have had brilliant nicknames, but Che really feels like it’s out of left field. There is nobility in Che’s actions though, he has legitimate complaints, and he also takes responsibility for his choices. Third place feels right. 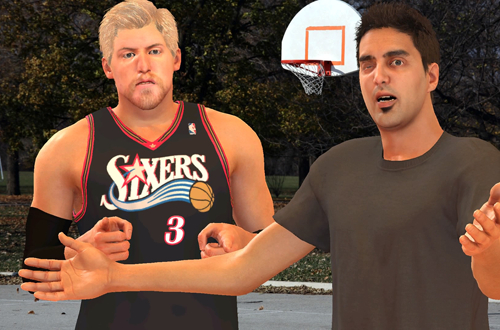 When NBA 2K17 was released, I would say that Pres was easily the best out of all the MyCAREER protagonists. Although “President of Basketball” was a bit corny, and the short “Presidential Pardon” cutscene after fouls got really old really fast, it was way better than Frequency Vibrations. Pres was also far more level-headed than Freq, with a sympathetic back story that included losing his father at 14. Although Pres clearly appreciated his mother’s support, he was humble enough to be embarrassed when she praised him at the expense of his teammates. He forms a genuine bond with Justice Young, which leads to the formation of a Dynamic Duo: Orange Juice (haha!).

It helps that NBA 2K17’s story is one of the best-written, which is no surprise given that it was penned by Aaron Covington, the writer behind Creed. With all due respect to Academy Award winner Spike Lee, he did kind of recycle aspects of He Got Game in Freq’s story, and pigeonholed the character in a way that Covington managed to avoid the following year. At the end of the day, Pres’ affable nature and friendship with Justice Young are what make him one of the best protagonists. His predecessors had been bland (NBA 2K14), arrogant (NBA 2K15), and naive and stubborn (Freq), which made Pres a breath of fresh air, and a character you actually wanted to play as. 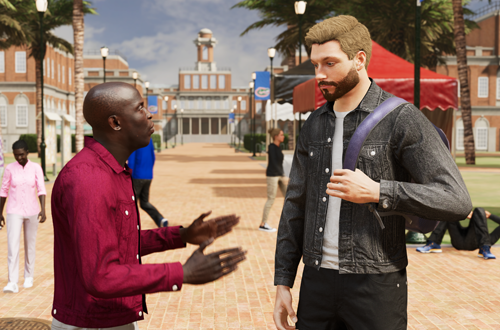 Honestly, it makes sense that Junior has a case as the best out of all the MyCAREER protagonists to date. In many ways, he’s a composite and culmination of all of them. Like Pres, he has a sympathetic back story in the form of losing his father, while at the same time trying to escape his “Long Shadow” as a local legend on the hardwood. Like DJ, he’s changed his path in life, but it makes much more sense for a high school athlete to change sports than a top prospect quitting hoops to become a DJ. His name is the most basic, yet also the most apt and least silly. Although he has some growing up to do, he’s already quite mature for his age, being humble, respectful, and savvy.

And yes, since great antagonists make stories and protagonists look better, it does help that he’s up against the character that I picked as the best antagonist so far: Alex Williams. Her actions and his reactions never leave him looking unsympathetic. It also helps that there are some meaningful choices that branch the story accordingly, but I never really felt railroaded into a situation where I thought “I wouldn’t do this, if I were in his place”. I do have my gripes with NBA 2K21; Current Gen was a sloppy product, and Next Gen oversold being “built from the ground up”. Its MyCAREER does feature the best combination of story, protagonist, and antagonist, though.

Where do you rank the MyCAREER protagonists so far? Did you feel the same as I did upon stepping into their shoes, or do you see them differently? Have your say in the comments below, and as always, feel free to take the discussion to the NLSC Forum! That’s all for this week, so thanks for checking in, have a great weekend, and please join me again next Friday for another Five.