The Friday Five: 5 Retro Purchases That Didn’t Pan Out

Welcome to this week’s edition of The Friday Five! The Friday Five is a feature that I post every Friday in which I give my thoughts on a topic that’s related to NBA Live, NBA 2K, and other basketball video games, as well as the real NBA, and other areas of interest to our community. The feature is presented as either a list of five items, or in the form of a Top 5 countdown. This week’s Five discusses five retro purchases that didn’t pan out the way that I was hoping.

When I was a young basketball gamer, my parents didn’t quite understand the concept of annual releases. I remember buying NBA Live 97, and my father saying something along the lines of “OK, you don’t need any more basketball games.” It’s funny to look back on now considering how much my collection has grown since then, to the point where acquiring basketball games is as much my hobby as playing them. Given that I’m a content creator, they’re also an investment that helps out with that venture, but I also enjoy searching for bargains and adding some obscure or difficult to find titles.

Expanding my collection beyond the games I bought and played when they were new has allowed me to experience some titles that I missed the first time around. As I’ve said before, some are good, and some are bad. Some I wish I played more of when they were new, and some I can safely say I was right to avoid. Either way, I don’t regret my retro purchases because I enjoy collecting, and checking them out not only creates material for Wayback Wednesday but is also a fun adventure. Unfortunately, not all of my retro purchases have panned out. It’s the risk you take when you hunt down second hand titles, but fortunately none of these busts have broken the bank. 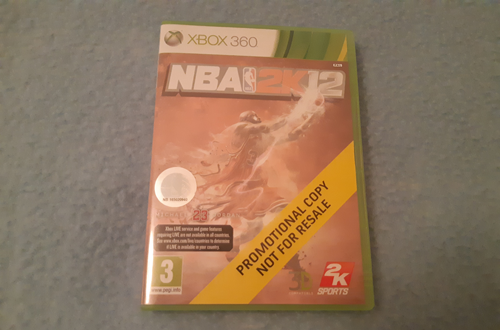 Every so often, you’ll see a promotional copy of games pop up on eBay. There isn’t anything particularly special about them, except they feature “promotional copy” and “not for resale” warnings on the disc and box art. The games themselves are identical to the retail releases; they’re just special pressings that were sent off to video game reviewers and have now made their way out into the wild. As discussed in Episode #333 of the NLSC Podcast, some people try to sell them for extraordinary amounts of money, perhaps believing them to be rare and valuable collectables. They are unusual in their own way, of course, but they’re definitely not worth more than retail copies.

The promotional copy of NBA 2K12 for Xbox 360 that I picked up off eBay wasn’t particularly expensive, even though it was still factory sealed. The fact that it was a sealed copy is what caught my attention. I knew it would be identical to the retail version of NBA 2K12, but I wondered if it might contain a code to unlock the 1991 Warriors and 2002 Kings, which were limited edition pre-order exclusives. I also wondered if there was anything else of interest. As it turned out, there was no code, manual, or anything else but the promo disc. It wasn’t what I was hoping for, but I did get a video feature out of it, so as far as retro purchases go it wasn’t a complete bust. 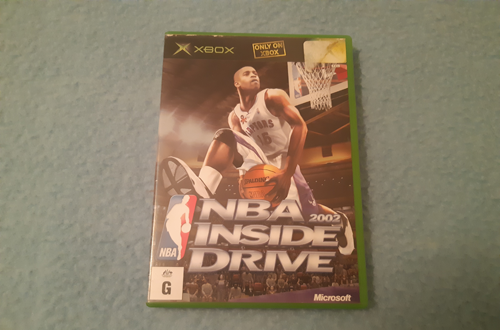 I’ve heard a lot of good things about the NBA Inside Drive series on Xbox. The only game in the series that I’ve played is NBA Inside Drive 2000 on PC, and as I said in my Wayback Wednesday retrospective, I found it to be a disappointment both when it was new, and when I picked up another copy of it several years later. From what I’ve seen and read however, it seems that Microsoft lifted their game with its sequels, and they’re worth checking out. I don’t have an original Xbox – I was on PlayStation 2 that generation – so even if I can track down copies, I can’t play them. There is one release that is supposed to be compatible with Xbox 360, though: NBA Inside Drive 2002.

After discovering that was the case, I jumped on eBay and found a copy selling for $5. I figured that even if I couldn’t get it to work on my Xbox 360, it wasn’t too much money to spend, so I picked it up. Unfortunately, neither my old 360, nor the one that I bought last year to replace it, are able to play Inside Drive 2002. It definitely doesn’t work with my third party 120 GB HDD attached, and even when I connect an original 20 GB Microsoft drive, I get a message that it isn’t compatible. I’m holding onto it in case I ever do acquire an original Xbox, but for now, it’s definitely one of my retro purchases that didn’t pan out. Once again though, it wasn’t an expensive exercise. 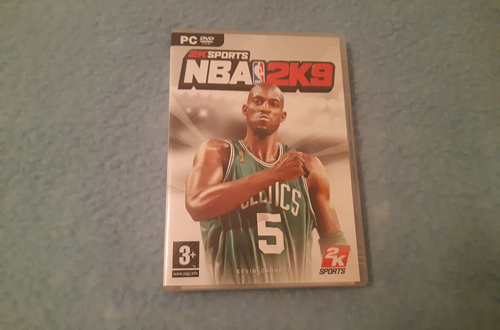 For those who don’t remember the issues with NBA 2K9 PC and its missing CD keys, I dedicated an entire Wayback Wednesday article to the saga. The short version is that buying copies of NBA 2K9 PC is a crapshoot, because not all of them have CD keys. At the time, Valve stepped up to resolve the issue by allowing gamers to activate the game as long as they had their disc in the drive, but that functionality has long since been removed. The digital version was also removed from the Steam store several years back. This means the only way you’re adding NBA 2K9 to your collection these days is if you can track down one of the copies that includes an elusive CD key.

Oh, and that key can’t have already been activated on someone else’s Steam account, or you won’t be able to use it. That’s exactly what happened with the first copy of NBA 2K9 PC that I snagged off of eBay. It was in great condition, but the seller’s son had already installed it once before and therefore used the included key. They were apologetic and honest, and provided me with a full refund, though that still left me with a gap in my collection. Fortunately, the second copy of NBA 2K9 PC that I bought – a brand new, sealed copy – did contain a key. Based on the experiences of Dee4Three and a few other collectors, I was very fortunate the second time around. 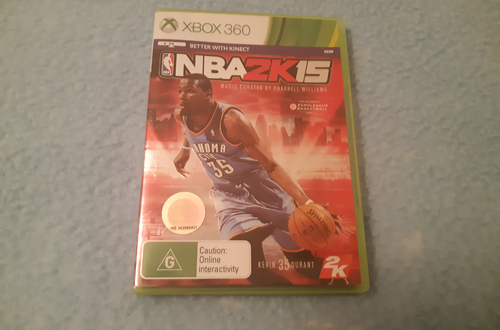 After upgrading to PlayStation 4, I stopped buying NBA 2K games on Xbox 360. I was already double-dipping with the PC version anyway, and since most of the site’s content revolved around either PC mods or features in the current gen version, there was little incentive to cover the last gen release. I was intrigued about what basically turned into a forgotten generation of games however, and so when I saw a copy of NBA 2K15 for Xbox 360 going cheap, I decided to check it out. Chalk it up to a collector’s mentality, plus I figured it would be content for Wayback Wednesday. It wasn’t to be, however, and so I ended up putting my plans for an article on hold.

I couldn’t get the game to run at all. My Xbox 360 wouldn’t recognise the disc, even after I had it professionally cleaned. I was hoping that’s all it would take, as one of my other retro purchases that wouldn’t load worked just fine after the disc received some TLC. I had no joy with that Xbox 360 version of NBA 2K15 though, and ended up getting a refund. Since I was left with the disc, I tried it again when I replaced my Xbox 360 – the old one had stopped reading discs – but the replacement console didn’t read it either, leading me to conclude the disc is damaged beyond repair. I bought the PS3 version in another round of retro purchases, so I will be covering it eventually.

Apart from that first copy of NBA 2K9 PC with the already activated key, and that copy of NBA 2K15 on Xbox 360 that I just couldn’t get to run, I’ve had a pretty good run with my retro purchases. The game that I had professionally cleaned – a second hand copy of NBA Street Vol. 2 for PS2 – had been the only other blip, and that all worked out fine. The seller even sent me a few bucks to cover the cleaning costs! That run of good fortune came to an end when I sought to add Konami’s ESPN 2Night and ESPN 2Night 2002 to my collection. ESPN NBA 2Night worked just fine, but try as I might, I wasn’t able to get ESPN 2Night 2002 to load beyond the early boot screens.

To make matters worse, the seller insisted that it should be working fine, and because it came packaged with Konami’s ESPN National Hockey Night – which was working, but I didn’t want it and only bought it because I wanted the NBA game – they only offered a partial refund as they said they didn’t have another copy. It was better than nothing, and I resolved to keep an eye out for a replacement. One did pop up, and wouldn’t you know it? It was from the same seller, now packaged with a copy of the first game! I decided to try my luck and trust that this time they’d deliver on my retro purchases. Thankfully, as was the case with NBA 2K9 PC, I didn’t need a third try.

Fellow collectors, what are some of your retro purchases that haven’t panned out? What are some of your biggest regrets or disappointments as a collector? Let me know in the comments below, and as always, feel free to take the discussion to the NLSC Forum! That’s all for this week, so thanks for checking in, have a great weekend, and please join me again next Friday for another Five.