The Friday Five: 5 Teams To Play With In This Year’s Games 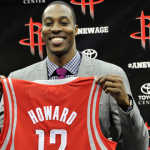 Welcome to another Friday here at the NLSC and another edition of The Friday Five! If this is your first time checking out The Friday Five and you’re wondering what it’s all about, this is a feature that I post every Friday in which I give my thoughts on a topic that’s related to basketball video games, the real NBA or another area of interest to our community, either as a list of five items or in the form of a Top 5 countdown.

The current gen version of NBA 2K14 will be on store shelves in a little under a month, while the next gen version of the game and NBA Live 14 will be launch titles for the PlayStation 4 and Xbox One come November. With the release of the games and a new NBA season right around the corner, this week I thought I’d take a look at five teams that will be fun and interesting to play with in this year’s games. Note that I’m not suggesting that these are the best teams to win with and they likely won’t be to everyone’s tastes, but they are five teams that I think are worth considering if you’re after a challenge or looking for an interesting scenario. The Brooklyn Nets are an obvious choice to play with in this year’s basketball video games, because their roster flat out resembles something out of a basketball video game. With owner Mikhail Prokhorov willing to go well into luxury tax territory to bolster their roster, the Nets’ lineup looks a little like a Dynasty or Association gamer has managed to swindle the CPU in a few trades and put together a team that includes Deron Williams, Brook Lopez, Paul Pierce, Kevin Garnett, Joe Johnson, Andrei Kirilenko and Jason Terry. They are stacked.

Following their offseason moves, Brooklyn should win at least a few more games than last year and if everyone stays healthy, they could definitely make some noise in the East. They should be a force in NBA Live 14 and NBA 2K14 as well, a tough opponent to come up against online and an intriguing team to choose in Dynasty and Association. If you’re the kind of gamer who likes to wheel and deal when you put on your virtual GM suit in those modes, all those high rated players should facilitate some big moves. Things are starting to come together for the Golden State Warriors, who had their best season in some time last year and are primed for bigger and better things in 2014. If everyone stays healthy, they have a fine starting lineup in Stephen Curry, Klay Thompson, Andrew Bogut, David Lee and offseason acquisition Andre Iguodala. They’ve got young players with plenty of potential like Harrison Barnes, Festus Ezeli, Draymond Green and Kent Bazemore, along with some capable veterans to round out the roster such as Jermaine O’Neal, Marreese Speights and Toney Douglas.

Not only is the roster versatile, offering the opportunity to either succeed with the lineup that’s in place while developing the young players or alternatively shake things up with a blockbuster move or two, it should also be a lot of fun to play with. It’s a team that can score inside and outside with a couple of players who can get up and throw it down, while at the other end of the floor they can defend and rebound adequately at the very least. On top of that, if either of the games can capture the atmosphere of the Oracle Arena, the Warriors should provide gamers with a very enjoyable experience if chosen. The Minnesota Timberwolves are one of the more challenging options on this list. They have an established All-Star in Kevin Love, who has had some injury problems the last couple of years, but that doesn’t need to be a concern in a video game. Ricky Rubio is an exciting young point guard who is both flashy and fundamentally sound. They have a solid centre in Nikola Pekovic, Kevin Martin is a capable scorer at the shooting guard spot and they have some other decent players in J.J. Barea, Corey Brewer, Alexey Shved and Derrick Williams.

Compared to some of the other teams on this list though, they definitely aren’t as deep, which means they’ll be a bit tougher to win with and if you want to overhaul the roster, you’re probably going to have to part with at least one of the top two or three players. If you’re not willing to trade someone like Love, Rubio or Martin, you’ll either have to make do with smaller trades or gut the roster to bring in another star. That’s not to say they won’t be fun to play with though as they’re definitely worth a shot, but you’ll need to be a gamer that likes a bit of a challenge and is prepared to try to overachieve. Houston easily made the biggest move this offseason, signing Dwight Howard to pair him up with emerging superstar James Harden. They now have one of the best big men in the game today along with a player who’s becoming one of the best swingmen in the league, which means the Rockets can provide gamers with a lethal inside-outside one-two punch. Success may take a little time in real life, but in this year’s games the Rockets should be formidable right away, both online and offline.

Beyond Howard and Harden, there’s Jeremy Lin, Omer Asik, Chandler Parsons, Ronnie Brewer, Omri Casspi, Donatas Motiejunas, Francisco Garcia, Aaron Brooks and Marcus Camby. It’s a fairly decent roster with a couple of players who should be able to compliment the two stars well, or at least be rated high enough to allow for some shrewd trades. They’re a team that gamers should be able to find success with out of the gate, or sufficiently shape to their liking in Dynasty and Association. The Howard and Harden combo alone should definitely attract a fair amount of gamers searching for a team to use. Like the Timberwolves, the Cleveland Cavaliers are an intriguing but challenging choice for gamers this year. Rising star Kyrie Irving is obviously the main attraction, with other young players such as Tristan Thompson, Dion Waiters, Tyler Zeller and first overall pick Anthony Bennett providing a mixture of talent and potential. Whether or not that potential is realised in real life remains to be seen, but the opportunity is there for them to be a team of the future in the real NBA and on the virtual hardwood alike.

The offseason acquisition of Andrew Bynum carries many questions but as with Kevin Love, his health needn’t be a huge issue in a video game. When it comes to the virtual Cavs, they can enjoy the best case scenario as far as Bynum is concerned. If you’re looking to trade, Cleveland doesn’t exactly have the best assets and as with Minnesota you may have to part with one of the top core players to really shake things up, but they do have a serviceable roster that also includes Anderson Varejao, Jarrett Jack, C.J. Miles and Alonzo Gee. They may well be a team that shows significant improvement this year in real life, but they should certainly be an interesting squad to choose in NBA Live 14 and NBA 2K14.

That’s going to do it for this week. Which teams are you looking forward to playing with in NBA Live 14 and NBA 2K14? Which teams do you think will be the most popular to play with online or to start a Dynasty or Association game with? Let me know in the comments below and as always, feel free to take the discussion to the NLSC Forum. Thanks for checking in this Friday, please join me again next week for another Five.

finally, some love for the twolves. im telling you they sure are fun to watch and to play with.
with the addition of k-mart, corey brewer and signing chris johnson i can at least forget about the lost of A.K, and team Stiemsma. Video game-wise, they are versatile enough, if you wanna run, you have Ricky to D-will, JJ, Bud and if you like to play half court, well, DBL Option, DBL 15 Dive, Minny Power, Clear Punch, Minny Fade just to name some sets that will make your foe scratch their head. For users struggling to rebound well, Pek & Love. You will have a lot of corner 3’s so practice those J’s.

Good stuff to keep in mind. 🙂

It won’t be as easy as when they had LeBron and were winning 60 games, but they’re still a viable option. 😉

Portland is loaded too

I don’t know that I’d say loaded, but they’ve got a couple of very good young players including an All-Star in LaMarcus Aldridge, some up and coming players and a few capable veterans. Definitely something to work with for Dynasty and Association gamers.

Boston if you are a wheeling and dealing type GM. You can go in any possible direction and it wont be too unrealistic

That’s a fair point. Once you deal Rondo and Wallace though, you’re kind of limited to much smaller deals. They’d definitely be a good choice for anyone who wants a rebuilding challenge, though.