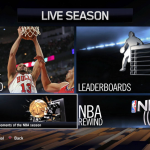 One of my favourite features in NBA Live 14 is LIVE Season’s BIG Moments. For the uninitiated, BIG Moments allows you to replay significant moments from the 2013/2014 NBA season, ranging from just a few seconds to an entire half of gameplay. As gamewinning shots and memorable performances occur in real life, we see them appear as challenges in NBA Live 14.

As I noted on the NLSC’s Facebook and Twitter, Gerald Green’s career game in the Phoenix Suns’ big win over the Oklahoma City Thunder yesterday seems like a good candidate to appear as a BIG Moment in NBA Live 14. That got me thinking about some of my favourite BIG Moments thus far, which ultimately resulted in a countdown for this week’s Friday Five. So, without any further ado, here are my Top 5 BIG Moments in NBA Live 14…at least to this point. It’s been a long road back to the NBA for Greg Oden. The former number one overall pick has missed four entire seasons since the Portland Trail Blazers drafted him in 2007, but Oden is at last back in action this year, now playing for the defending champion Miami Heat.

The Heat’s January 15th game against the Washington Wizards was an embarrassing loss for the two-time reigning champs, but for Greg Oden, it marked a triumphant return to the court. He dunked twice in the final six minutes of the first half, scoring his first points in the NBA since the 2010 season. For a player whose career appeared to be over after just 82 regular season games, it was a moment worth commemorating, and something a little different for a BIG Moments challenge. As an Australian, I’m always pleased to see Aussies doing well in the NBA. Opportunities to excel haven’t always been there for Patty Mills, as so far in his career he’s been on teams where the talents of other players have made playing time scarce (or at the very least, inconsistent). He’s having his best season this year though, getting regular minutes and turning in a few big games for the San Antonio Spurs along the way.

February 18th featured one such performance, as Mills scored 16 of his 25 points in the fourth quarter to help lead the Spurs by the Los Angeles Clippers, 113-103. It isn’t one of the most difficult challenges so far, but it is one of my favourites, simply because it was cool to see an Aussie have a clutch performance and in turn, be spotlighted in NBA Live 14 in the form of a BIG Moment. From the moment they entered the NBA as the first and third picks in the much-celebrated Draft Class of 2003, LeBron James vs. Carmelo Anthony has been a marquee match-up for the league. In their January 9th clash at Madison Square Garden, James finished with 32 points to Anthony’s 29, but Melo outscored The King in the fourth quarter as his New York Knicks downed the Miami Heat 102-92.

This was a fun challenge for a BIG Moments game, being a duel between two of the best scorers in the NBA today. LeBron is obviously a tough opponent at both ends of the floor, as you need to shut him down while also putting points up on the board. When I played this BIG Moment, I ended up adding a little extra difficulty when I carelessly picked up Melo’s fifth foul with a couple of minutes left, forcing me to be very careful on defense and very much in control on offense. Fortunately, I didn’t pick up a sixth foul, and thus completed the challenge without needing to start over. Joakim Noah has been playing some outstanding basketball for the undermanned Chicago Bulls this season, putting up some impressive assist numbers for a centre and picking up a few triple doubles along the way. On March 2nd, Noah carved up the New York Knicks with his passing, tallying a career high 14 assists to go along with 13 points and 12 rebounds for his second triple double of the season, in a 109-90 Bulls victory.

This BIG Moment sees you replicate Noah’s feat of registering more assists in the first quarter than the entire Knicks team combined. It’s far from an impossible task and if you rack up the assists quickly, the accelerated clock setting that the mode uses can actually be your friend. It also helps that it isn’t a player locked challenge and there aren’t any other conditions to meet, though you do need to make sure that you force the Knicks to play one-on-one isolation basketball, while making crisp passes and finishing effectively at the other end. A fun scenario that features my favourite team taking on their long-time rivals: of course it’s in my top five so far! The Chicago Bulls may be my favourite team, but I’m giving the top spot in this countdown of NBA Live 14’s BIG Moments to the New York Knicks and Carmelo Anthony. On January 24th, Melo scored a career high 62 points in a victory over the Charlotte Bobcats, also setting a franchise and Madison Square Garden record in the process. It was a bright spot in what has been a tough season for the Knicks.

Being a scoring objective – namely, 37 points in the first half – this one is fairly straightforward. Hog the ball with Melo, and try to score every time down the floor. However, because of the accelerated clock and the sheer volume of points that you need to score, it’s still a decent challenge. It came down to the wire for me, as I ultimately scored 40 with Melo, but only hit the required 37 point mark in the final minute of the second quarter. It was definitely one of the biggest performances so far this season, and a worthy BIG Moment in NBA Live 14.

Honourable mentions: “A Rosey Homecoming” (Hit the gamewinning shot against the Knicks with Derrick Rose), “Stealing Victory” (Steal the ball and hit the gamewinner for the Raptors) and “A Crazy Ending” (Beat the Heat at the buzzer with a three by Jeff Green).

That’s a wrap for now. What are some of your favourite BIG Moments in NBA Live 14 so far? Which memorable moments from the 2014 season or NBA history would you love to replay in a basketball video game? Let me know in the comments below and as always, feel free to take the discussion to the NLSC Forum. Thanks for checking in this week, please join me again next Friday for another Five.