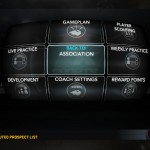 Blacktop mode this, Blacktop mode that. I talk a lot about my favorite mode and rarely talk about the many other modes that NBA 2K and NBA Live games feature. For the most part, if I don’t know enough about a topic, I will shy away from discussing it. In the same way you will probably never see me get into cyberface or shoe patching, I try to stay away from the many discussions about simulation gameplay, accessory accuracy, or the other parts of these games that I don’t feel confident enough giving my opinion on. So, for today’s Tuesday Triple, I am going to take a look at some popular game modes that I have either skipped completely, or only played once or twice. While I haven’t been silent about my yearning for NBA 2K games to return to the MyPLAYER modes of NBA 2K10 and 2K11, I really haven’t experienced the modern versions, or at the very least the MyCAREER branded modes. My want for the mode is a challenge and 2K10 and 2K11’s NBDL integration provided that challenge, or at least effective punishment for playing bad. Yet now that it has been three years since I have sat down and put time into the mode, I really don’t know if my opinion of it is valid.

I have been mostly basing my own opinion on the mode off of what others say about it. Ben has given me a lot of insight through his extended playthrough during the NLSC Podcast, as has Andrew’s distaste for the next gen’s linear progression. I haven’t played it more than maybe a few hours, mainly just to create a player for The Park. For NBA 2K12 and 2K13 I played Creating-a-Legend more than the full mode. I mean if you are going to force my player to be a star, I may as well try and revive the career of a fallen star for that challenge I want. I should have mentioned about that I did try to experience these modes in a YouTube series, PC Meets PS3. It was fun but I still do not feel like I can give valid feedback to these modes when my playtime wanes in comparison to my time in franchise modes. So MyTEAM is a bit of a gray area, as I do have a team created in NBA 2K13 on the PlayStation 3 as well as a team on NBA 2K14 on PlayStation 4.

It simply fails to interest me and thankfully I do know this is something due to 2K’s approach to the mode, as I have enjoyed EA’s Ultimate Team in NBA Live 14. The main issue I have with the mode is the lack of rewards; it just doesn’t feel like it is worth my time. This goes beyond the VC timesink arguments because even the MyTEAM coins I have earned felt tiny, especially when the reward pack contents are so, meh. My only feedback is to just shake my fist and say “be better”, something I’d rather keep to myself rather than try to make it something constructive. Crew mode sounds awesome, but I was never on a crew for the PC version of NBA 2K11. If I was it was nothing special enough for me to remember fondly. The concept sounds amazing and I was very hyped for the EASBA in Elite 11, but I think it was the simple fact that I was playing on PC that did me in. As we know, the PC version of NBA 2K games (prior to 2K13) were stuck with terrible PlayStation 2 era graphics for the online modes. On top of that, the smaller install base made finding pickup Blacktop games difficult to find, nevermind full on Crew games.

NBA Live 10’s Live Run is probably the only mode that I actually regret not playing. Something that should probably be covered in a future article, I essentially boycotted NBA Live 10, so my reasoning for missing out on this mode is for no good reason other than my idiocy. Everything I have seen from it sounded fun though, from creating your teams to playing in that small gym.

I don’t know how popular this mode was, but being who I am I needed to mention this. See that guy above? He is the reason I never got into the second 24/7 mode on Xbox 360 in NBA 2K7. I played a lot of 24/7 in NBA 2K6, but the whole presentation of NBA 2K7’s version never got me past the first location. I mean, it was essentially a streetball MyCAREER with the ability to end up in the real NBA when you beat it, this should have been right up my alley. Except I was too busy modding NBA Live 07 on PC, and have just found that mode’s characters too annoying to give it a shot.

Have you skipped out on any modes in an NBA 2K or NBA Live game? Let me know in the comments below, and I hope you enjoyed today’s article.

adidas Live Run for me as well. I like the concept but not being much of an online gamer, I never really put much effort into joining in or organising any games. Like you said, it feels like a missed opportunity, now that the servers are offline.

I almost missed the boat on Live Run, but caught it near the end of the season that year. I initially played it to get the trophies, but it turned out to be a lot of fun. It sucked that my favorite player Chris Paul was hurt at the end of the season, so I wasn’t allowed to play as him but there were plenty of other players to play with. It was fairly difficult to get a game going since the mode required at least 1 other person in your 50 man squad to be online to play, but it was totally worth it once you got it going!