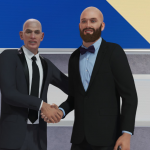 Welcome to The Sunday Substitute – the feature that barely gets a run in 2022 but still has a presence on The NLSC bench. Today I’m digging through my archives and starting a several-part series called The MyPLAYER Transaction Report. It’s where I chronicle the teams my created ballers have played across the NBA 2K and Live series.

Once I noticed that I was basically playing for a new team in every video game, I set a goal to play for all 30 teams in the NBA. This is an ongoing project, and at the time of writing, I’ve played for 28 out of 30 teams. What are the two franchises I haven’t played for yet? That could be another article in itself!

The parameters are simple: I had to play at least one game with each build. After all, regardless of whether it’s Kareem Abdul Jabbar or JamesOn Curry, an NBA player is an NBA player. This means I’ll also include all the secondary builds I created for achievement hunting. I’ll make sure to distinguish these as I go along.

For now, the best place to start the transaction report is at the very beginning. Let’s go all the way back to NBA 2K10! 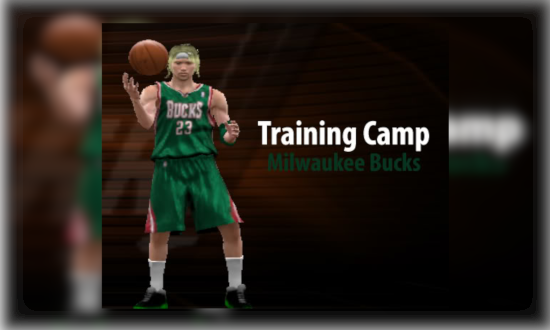 Not all MyPLAYER stories are of prodigious talent set to take over the league. When my 6’5″ small forward was cut from the Boston Celtics after the Summer League, I had to grind my way up with the Maine Red Claws. After a few solid games in the then-named “D-League”, I earned an opportunity with the Milwaukee Bucks.

While I was no JamesOn Curry, my time with the Bucks was unremarkable, lasting just three games before moving back to my preferred Association mode. My best game in this career was my debut, where I had 8 points, 4 rebounds and 8 assists from 20 minutes of play.

A big reason why I didn’t stick around in the NBA 2K10 MyPLAYER mode for longer was the inability to change the number of played minutes. If I could have had 12-minute quarters in NBA 2K10, maybe my origin story would be a little more noteworthy. But hey, we all have to start somewhere. 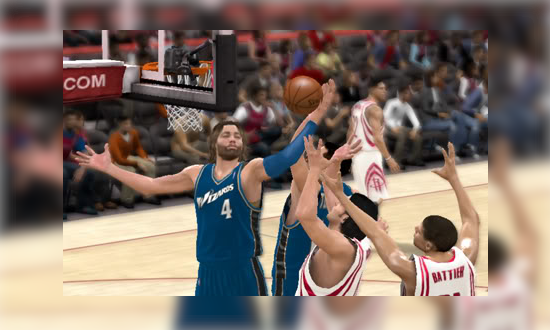 After bouncing from NBA 2K10’s career mode quickly, I decided to create the same build in NBA 2K11 – another 6’5″ small forward that was the same age as I was in real life (24 at the time). This would be the start of my first deep-ish dive into a career mode. I also created a thread for it, which can be viewed in the Stories from the Virtual Hardwood section of The Forum.

I was drafted by the dysfunctional Washington Wizards. My teammates included John Wall, Gilbert Arenas, Andray Blatche, JaVale McGee, and the man I share a last name with, Nick Young. True to form, it was a turbulent rookie season. The team was essentially blown up, as the Wizards executed three rather nothing trades:

All this player movement created rotation instability, and I often switched places with Hedo Turkoglu in and out of the starting lineup. My player also missed 20 games due to injury (more on this player’s injuries later). My rookie season included averages of 13.1 points, 9.7 rebounds and 3.7 assists from 62 games played (38 starts). This was good enough for placement in the All-Rookie First Team.

The Wizards would end the season with the worst record in the Eastern Conference (25-57). Hey, at least that part of the career story was realistic, right? 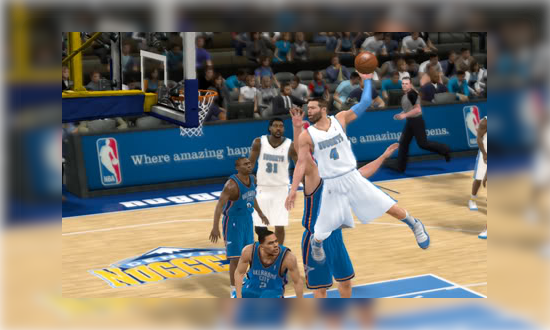 I decided that one campaign in the cellar was enough in NBA 2K11. In the 2011-12 season, I signed a deal with my favourite team, the Denver Nuggets.

I replaced Carmelo Anthony, who left the Nuggets to play with the Indiana Pacers. Despite Melo leaving, the team still had some of my old Denver favourites, including Chauncey Billups, Kenyon Martin, Nene and Ty Lawson. It seemed like a recipe for a much more enjoyable season.

Unfortunately, my player only managed to stay on the court for 35 games in his first season in the Mile High City, thanks to recurring ankle issues. The biggest cause of this injury was landing awkwardly when going for rebounds. While my player was an excellent rebounder at the small forward position, my brittle ankles always made it a risk-reward stat to chase.

Season three, however, would be my first dominant season in an NBA career mode. My player would go from averaging 18.3 points the previous season to 33.7 points, and I sustained this output for almost an entire season (69 games). I eventually became the 2013 Most Valuable Player (sorry, LeBron).

I didn’t manage to play out the post-season, though. If I had to guess, I probably decided to spend more time playing my NBA Live 10 dynasty before moving on to NBA 2K13. 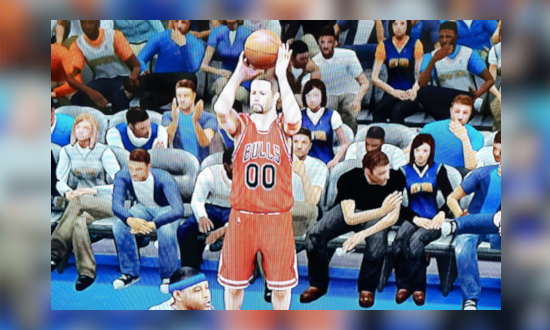 The MyCAREER I listed as my favourite in my Worst to Best list wasn’t my first tenure with the Chicago Bulls. For my first console career, I decided to make the switch to the shooting guard position, and my 28-year-old rookie was selected 16th overall in the 2014 draft.

It ended up being a good fit for me, as I complimented Derrick Rose, Jimmy Butler, Pau Gasol and Joakim Noah quite well. This Bulls roster would also feature the recently-retired Cam Bairstow – another Brisbane local.

My NBA 2K15 career would mark the first time I ever played a full 82-game season, and I notched up some top-of-the-class numbers with averages of 25.2 points off 48% from the field and 41% from behind the arc. These numbers landed me an All-Star appearance, as well as Rookie of the Year and All-NBA Second Team honours.

An ongoing theme with these early career campaigns is they ended rather early, and I think a part of this is due to it not being the interconnected mode that it’s now become. Say what you want about the always-on model for MyCAREER, but it has created a lot of additional content to keep the mode engaging. It also didn’t help that I moved over to the PS4 for the next edition of 2K. 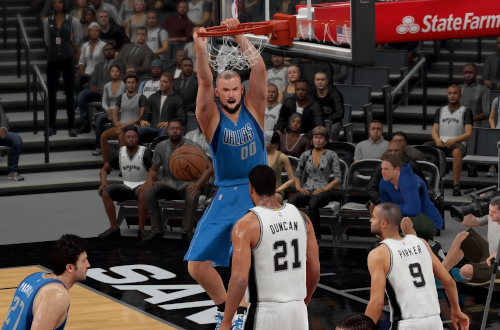 Speaking of my Worst to Best MyCAREER list, this would be my first foray into the MyCAREER cinematic universe, and I once again decided to go back to my preferred archetype of a 6’5″ small forward (I swear, I switch positions a lot more in my later 2K and Live careers).

Yes, my rookie season was derailed by the Spike Lee story Livin’ Da Dream. I was not a fan of how it took me out of the running for Rookie of the Year, but let’s not beat that dead horse…for now. Truth be told, this was the campaign that really started my run with career modes in basketball video games.

This was the first player I got to 99 overall and the one that felt the most like a career, as I got to season seven in NBA 2K16. And as I mentioned in my Worst to Best article, the evolution of this player’s skillset was arguably one of my most satisfying stories to date – and that part wasn’t even directed by Spike Lee!

Check out my Worst to Best MyCAREER list for more information on what I liked and didn’t like about this MyCAREER campaign.

That concludes the first part of the MyPLAYER Transaction Report series. Stayed tuned for Part 2, which will include the era of my career that spans from NBA 2K16 to NBA Live 18. Until then, let me know what game got you into player-locked modes in NBA video games in the comment section below!