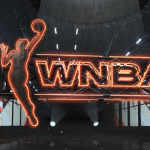 Welcome to The Sunday Substitute! Like Steve Kerr in the 2003 Western Conference Finals, I’m coming back into the game after a lengthy stint sitting on the pine. Today, I’m looking to come back with a bang by reviewing the WNBA Season mode in NBA 2K20. Enjoy!

When 2K announced that they were introducing the WNBA Season mode, it was the feature I was most excited for in NBA 2K20.

WNBA Play Now was my favourite mode in NBA Live 18, and I thought the ball was in EA’s court when it came to developing a highly engaging mode for an otherwise underrepresented – and let’s be real, underappreciated – league in basketball video games. However, I was disappointed when they failed to progress the mode further in NBA Live 19.

In my opinion, 2K jumping on the opportunity to create a full season mode for the WNBA represented another telling blow in the basketball video game rivalry. But the question remains; is the mode any good?

Here are my impressions of the mode after playing an entire season on All-Star difficulty, with default sliders, controlling the Las Vegas Aces.

The Good: The WNBA Season and Gameplay Authenticity 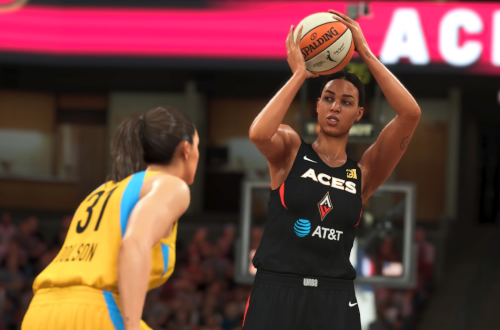 The authenticity of the WNBA season is a real positive for the mode. Going into this, I was worried that it would simply be a regular NBA season with a different paint job. Thankfully, this isn’t the case. Not only is the season length accurate, but more importantly, so is the playoff bracket.

For people with less spare time on their hands, the WNBA Season Mode is a great way to get an authentic sim basketball experience without sacrificing season length or minutes played. Personally, I bump my quarters down to seven minutes, but playing 10-minute quarters over 34 regular-season games isn’t insurmountable. What’s more, if you claim the number one or two seed, you’ll receive a double-bye in the finals, which means you’ll only need to win six playoff games to claim the title.

On the topic of authenticity, the gameplay is another real strength of the WNBA Season mode in NBA 2K20. While legacy issues that affect other 2K modes appear at times, it feels like a completely different experience to the NBA MyLEAGUE counterpart. A big part of this authenticity comes when you have to adapt your playing style for the WNBA.

In the WNBA, most plays are made from under the hoop, which means cheap contact dunks and chasedown blocks from the AI rarely hinder your experience. This, in turn, means you can’t bail yourself out with these plays either, making every battle you win that more satisfying. Throughout the entire season I played, only one dunk was recorded, and it was off a fastbreak that was started and finished by Dearica Hamby.

Sure, you can alter the sliders so it feels more like an NBA game, and potentially add these elements back in, but in my opinion, the real value to this mode is adapting to a different league.

The Bad: Presentation is Everything 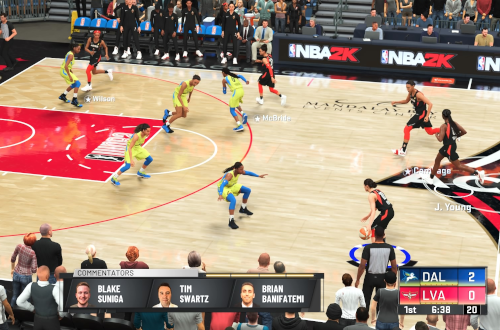 2K is an industry leader when it comes to play-by-play commentary and presentation. Unfortunately for the WNBA Season mode in NBA 2K20, this isn’t the case. While Blake Suniga, Brian Banifatemi and Tim Swartz make for a passable commentary team in amateur basketball leagues, their presence in the WNBA coverage inadvertently brings the league down to that same level. This is a problem since the league already faces issues of being perceived as a legitimate professional league in some circles (albeit quite toxic circles).

Rather than three expert analysts, they sound like three hobbyists who are discussing the WNBA over a Zoom meeting. Again, this works for the minor leagues, because they wouldn’t have the budget to hire ex-players or top-line analysts. For the WNBA, though, it feels sloppy, and I’m not just speaking purely from an aesthetic standpoint either.

When the commentators aren’t accidentally referring to WNBA stars as ‘guys’ or delivering Clark Kellogg lines verbatim, they can be found giving players advice based on their personal experiences. I’m never one to say that professional analysts had to have played professionally to make a valid point, but in this context, the advice sounds incredibly patronising. Because no, I don’t think Tim Swartz would know what it’s like to play in a professional playoff game…sorry, it’s just a hunch I have.

The lack of enthusiasm when a team wins the WNBA championship is also quite laughable. When I won the title with the Las Vegas Aces, the conclusion of the season boiled down to Suniga saying ‘and the Aces win it’. It was a major anticlimax, given how enjoyable the entire season was, and it frankly felt like another part of the WNBA presentation that 2K phoned in.

I know I’m going all in on the commentary and presentation, but in my opinion, there aren’t a lot of other grievances I have with the mode. Sure, the All-Star game is missing, along with some other basic franchise mode functionality like mid-season trades, but it’s also the first iteration of a full WNBA season; so, these are omissions I’m willing to accept to have this mode in the game. 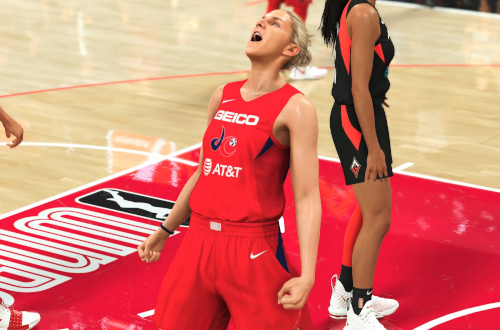 Although NBA 2K20 is often criticised as being a light upgrade on NBA 2K19, the WNBA Season mode is one of the great new features included in the game. With more polished gameplay, additional GM options and an overhaul of the play-by-play commentary team, it could become a regular staple of the basketball video game diet. I know that it’s a game mode that I’ll be revisiting in NBA 2K21, so I hope 2K continues to invest some time into it, rather than have it fall on the wayside for a more cinematic MyCAREER experience.

I’d recommend anyone who enjoys sim basketball to give the WNBA Season mode a shot. If you’re burned out on modes like MyLEAGUE and MyGM, but still consider yourself a franchise gamer, it’s a refreshing change of pace and a great opportunity to familiarise yourself with the league. With NBA 2K21 still over a month away, why not start a WNBA season while you wait for the game to drop?

Thank you for reading! Let me know if you’ve played the WNBA Season mode in the comments below and what you thought of it. Please also enjoy my playoff highlight videos from the Semi-finals and the WNBA Finals. See you at the next edition of the Sunday Substitute!

It’s great to hear how much fun you’ve had with the mode. As you said, it’s a fine example of how NBA Live struck first with a cool new feature, but failed to capitalise on it. Their loss is NBA 2K’s gain.

The generic/fictional commentary is definitely baffling, and that’s something you and I have talked about during our Rec sessions. That lack of authenticity in a game that’s otherwise all about it, is very jarring. It sounds like they’ve put more into it in NBA 2K21 though, so hopefully it’ll prove to have been a solid starting point for the WNBA content.

I think it was well-intentioned – at least the idea of having a dedicated commentary team is – and perhaps I wouldn’t think as much of it if it wasn’t the same commentary team as when you make your way up through the ranks. That being said, having what’s essentially a cast of voice actors commentate on actual professionals and pretending like they have any experience in the arena is quite bizarre.

I know it’s one of the first things I’ll be checking in NBA 2K21, since I’ll likely be saving MyCAREER for next gen, so I’m hoping it gets addressed. As we’ve discussed, assigning some of the established NBA commentators – for example, Doris Burke and Clark Kellogg – would have been a better alternative.

How did you dunk in WNBA? I was trying that few times and nothing, only layups was made.

The same way you’d pull off an NBA dunk – just the luck of the draw. If I were to speculate, I’d guess that dunking in the WNBA may have been patched out of the game for default sliders – because the my dunk with Dearica Hamby was done fairly early into the season (maybe first 10 games or so). I had other opportunities with Liz Cambage (6’8) and A’ja Wilson (6’4) later in the season, and they resulted in layups.

Last edited 5 months ago by Kenny