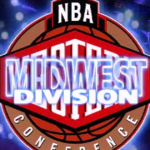 As basketball video games have continued to harness the power of improving gaming technology, we’ve expected more and more of them. While most of our desires have been centred on gameplay and game modes, presentation is an area that a lot of basketball gamers have wanted to see enhancements in over the years. While slick presentation will only briefly mask gameplay and game mode deficiencies, it’s nevertheless important in terms of creating atmosphere, and adding those extra touches of reality that we tend to enjoy so much.

In the past few years, basketball video games have come to include very detailed and realistic TV-style presentation. Whether it’s NBA Live 16’s NBA on ESPN segments hosted by Jalen Rose, or NBA 2K16’s pre-game, halftime, and post-game shows featuring digital versions of Ernie Johnson, Shaquille O’Neal, and Kenny Smith, we’ve come to expect great production values that mimic a real NBA broadcast. Back in the day, of course, breaks in the action were spiced up in a far more modest manner.

Today, we’re talking about the halftime shows that appeared in the early versions of NBA Live. Without any further ado, let’s take a look back…way back…

From the very beginning, NBA Live aimed to provide gamers with some sort of presentation during breaks in the action. This was usually limited to game statistics, a glance at the key players for each team at the half, and the Player of the Game. The PC versions included voiceovers, and NBA Live 96 also introduced a trivia question that was displayed at halftime, with the answer being shown at the third quarter break. Back then, it was fairly common for basketball video games to do something like this. NBA Live’s forerunner, the NBA Playoffs series, featured the appearance of fictional commentators who provided generic pre-game and halftime analysis in text format.

Beginning with the PC version of NBA Live 98, EA Sports began to take things a bit further. Video games were well into the era of using optical media, and full motion video – i.e. real video clips – were considered a suitable alternative to cutscenes rendered with in-game assets. This is what EA had been doing with the introductions for the PC versions of NBA Live, and with NBA Live 98, they expanded its usage to include halftime shows for each of the 29 NBA teams. The videos ran for less than thirty seconds, and featured highlights of the team, as well as clips of their cheerleaders.

The concept seemed to resonate with basketball gamers, and I’d suggest that most of us would watch the videos from time to time. At the very least, we usually watched the halftime video for each team once, when playing with or against them at home. I remember scrutinising the Chicago Bulls’ video and trying to catch a glimpse of Michael Jordan, as I wondered if EA had been able to sneak him into the background of one of the clips. As far as I can tell, the clips have been well-chosen and carefully edited to ensure that didn’t happen.

EA took a slightly different approach to halftime videos in NBA Live 99. Rather than including a unique halftime video for each NBA team, NBA Live 99 featured just four halftime show videos, one for each Division. These longer highlight reels included clips of each team in the Atlantic, Central, Midwest, and Pacific Divisions, though they mostly consisted of their cheerleaders dancing. In that respect, they represented the idea of in-arena halftime entertainment, rather than a highlight package shown during a television broadcast. The same approach was used again in NBA Live 2000’s halftime videos.

The practice was discontinued beginning in NBA Live 2001, and as a result, the return of halftime video clips became a fairly popular Wishlist item for a little while. Gamers were also interested in seeing a more elaborate halftime show, which is what we’ve come to have in both NBA Live and NBA 2K. While these halftime videos obviously hold some nostalgic value for me – and probably many other people who grew up playing NBA Live – they are admittedly a relic that should be left in the past. As much as I’m sometimes annoyed by lengthy, unskippable presentation in today’s games, it’s what NBA Live and NBA 2K should be featuring these days.

After all, there’s obviously one very big drawback with those old halftime videos: they can’t change. While I’m sure many of us did watch the videos more than once, there really isn’t a whole lot of incentive to do so, unless you particularly enjoy them or they really pump you up to keep playing. Even though today’s pre-game, halftime, and post-game shows will eventually feel repetitive, a wealth of dialogue has been recorded for them, and the dynamic elements of game-specific statistics and highlights freshen up their content considerably. There’s no good reason to go back to reels of real highlight clips from the previous season; not with today’s tech.

For me, the halftime shows in old NBA Live games are one of those features that are certainly nostalgic, but definitely don’t need to be brought back, because what we have now is unquestionably better. They were a nice idea that added a little something extra to the presentation during an era where the technology wasn’t advanced enough to do all the cool things we wanted to see; now that all that stuff is feasible, there’s no place for them in future releases. However, if the requests we received to upload those videos to our YouTube channel are any indication, I can safely say that I’m not the only older basketball gamer who remembers them fondly.

Hey, If I remember Haltime show was introduced in NBA Live 97 🙂
I agree with you that is a relic, but I think it would be nice to seeing something different in halftime than talking guys with a bunch of stats. But there is a one problem, nowadays we could get a digital version of cheerleaders, actions etc to compose with digital studio and digital presenters. I don’t want somehting like this. Real clips = ok, digital clips = no.
By the way I still don’t understand two things related with this:
1. Why they discontinued it?
2. Why the clips for each teams are changed to the clips for each division? Longer clips for each teams would be a better solution.

Wow, you’re absolutely right! I completely forget the individual team halftime shows were in NBA Live 97. On the bright side, it was a good excuse to go back and play the game, just so that I could double-check. Had a fun game using a 1997 roster patch, in which I hit a three with Michael Jordan to force overtime, where I won.

To answer your questions:

1. Probably because a lot of things were rebuilt from the ground up in NBA Live 2001, and it’s something that fell by the wayside. It probably wasn’t considered important enough to bring back, and I think that’s fair. There were other things that should’ve taken priority, anyway.

2. A couple of reasons, I’d say. First would say that storage space was an issue, as that was still in the CD-ROM era. Also, they probably figured (correctly) that not everyone was watching the videos every single time, especially after they’ve seen them once or twice, so it was a waste of time/space/resources. Cut the videos people aren’t watching, use that space for higher resolution textures and other more important gameplay assets.

Apart from that, I’d have to completely disagree with you. There’d be no point in doing anything like this in modern games. They’re clips most people watch once or twice, and then hardly ever again. It’s a waste of resources and storage space. Plus, there’s no way for it to be dynamic. If you’re playing one of the franchise modes, and you make some trades, it’d look silly to keep having halftime shows with old real life clips of players who are no longer on the team. What they do now better represents a real broadcast, and offers dynamic content that changes as the game does. The current approach is far better and the way to go, hands down.

Nowadays when games weight over 10gb, the 1gb more doesn’t make a difference, second thing, clips can focus more on cheerleaders abandoning actions 🙂
BTW maybe I’m a freak, but I still have NBA Live 98, 2000 and I watch Halfitme show clips over and over again at every halftime, but it looks that I’m the only one who do this.

I think you might be in the minority, yeah. 🙂

Conceptually, it just makes more sense to have dynamic content and clips of the current game. Even if you go back and look at the old Wishlists, halftime shows featuring actual in-game highlights is something that we were wanting to see.