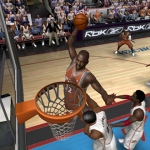 Inspired by last week’s dig through the archives, I went rummaging again to see what else I could find. My search yielded some preview screenshots for the NBA Live PC mod, which became the NLSC’s comprehensive roster update for the PC version of NBA Live 06 for several years. Since I enjoyed looking back at my 1996 season mod for NBA Live 2004 last week, I thought that I’d do the same for a current roster update that I maintained for one of my all-time favourite games in the series. With NBA Live 06 being next up in our 20th Anniversary of NBA Live retrospectives, it also seemed fitting.

So, why did the mod bear that name, and how did it come about? Let’s take a look back…way back…

The idea for the NBA Live PC mod came about in the wake of EA Sports’ announcement that NBA Live 09 would not be released on PC. The decision was made to go all out in keeping one of the PC versions of NBA Live up to date, while also adding some new artwork and other enhancements wherever possible. Because it was intended to be a substitute for a new NBA Live game on PC, the name “NBA Live PC” was given to the project. After some deliberation, it was decided that NBA Live 06 was the optimal game to update, seeing as though as it was very modder-friendly, and generally well-received compared to 07 and 08 on PC. NBA Live PC’s first release was an update for the 2009 NBA season. It included the usual features seen in previous current roster updates: new players, the latest transactions, face updates, new team art, missing Legends, and so on. As I mentioned before, we also sought to enhance the experience, and breathe some new life into the game. To that end, there were new menu backgrounds (though these became optional add-ons), a custom AIACT, and even new arena speech files for many of the newly added players.

While working on the rosters for the mod, I decided to take a few screenshots spotlighting some of the Legends. While they had already been added in previous NLSC roster updates, I’d never really shown them off before, or given them much of a mention beyond a single line in the release notes. I therefore had the idea to capture some screens of various Legends on their NBA teams, in situations that reflected some of their signature highlights. I also made sure to use era-specific jerseys, for that extra touch of authenticity. You may have seen those screens in our NBA Live 06 portal, but here they are again: 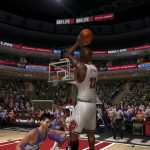 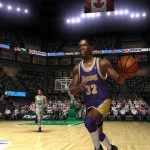 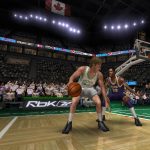 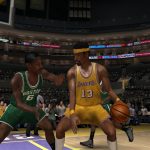 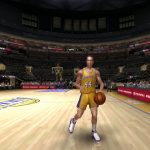 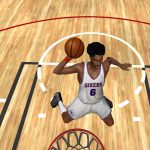 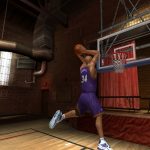 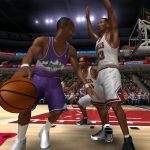 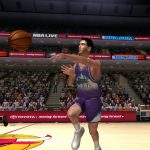 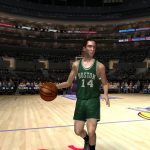 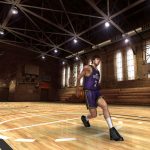 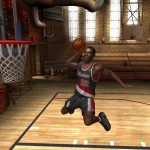 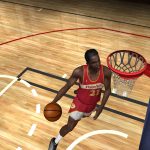 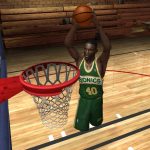 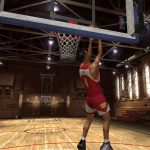 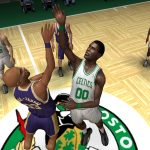 As you can see, Dominique Wilkins is going up for a windmill, while Spud Webb is performing a reverse off the lob, similar to what he did in the Slam Dunk Contest. Michael Jordan is shooting a fadeaway against the Utah Jazz, featuring John Stockton and Karl Malone. Shawn Kemp and Charles Barkley are throwing down some big two-handed dunks, while Julius Erving and Clyde Drexler are gliding to the hoop for their slams. “Pistol” Pete Maravich is going behind the back on a layup, and Larry Bird and Magic Johnson are squaring off. With the Jerry West screenshot, I was trying to imitate the dribbling motion that made him into the logo of the NBA.

Because NBA Live PC doesn’t contain any complete retro NBA teams, I simply placed those Legends on the current teams, and set up the scenarios. The shots taken in practice mode were obviously easy to manufacture, but the in-game screens were a little tougher. Not only did I have to get the players into position and trigger the appropriate animations, I also had to make sure that no current players were in the shot. I feel that they turned out quite well for the most part, which is why I kept them and ultimately shared them, even if they didn’t necessarily preview a core part of the mod, which was of course primarily intended to be a current roster update.

I’ve also managed to dig up a handful of screenshots spotlighting the current rosters. The funny thing is, with players changing teams, and teams changing their branding, those once-current screenshots now look rather retro themselves. There’s Derrick Rose in Chicago, Dwight Howard in Orlando, Shaquille O’Neal in Phoenix, Kevin Durant in Oklahoma City, and a roster screen featuring Chris Bosh in Toronto. Kobe Bryant shooting a fadeaway over Courtney Lee – then playing for the Magic – ultimately previewed the 2009 NBA Finals, as it was taken in March. Take a look: 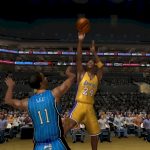 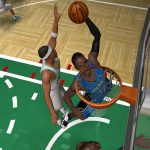 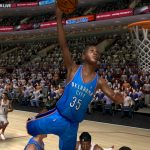 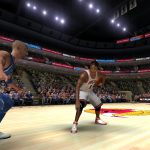 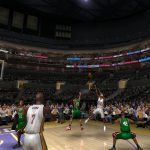 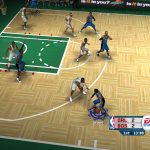 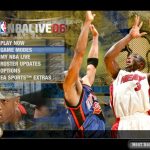 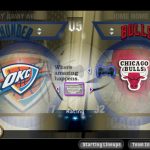 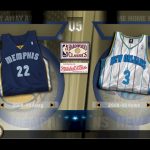 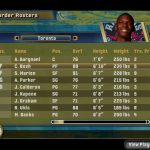 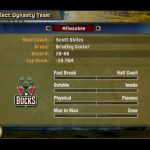 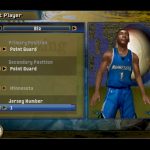 It turned out that PC gamers would not be left without a new basketball game after all. Visual Concepts brought NBA 2K to the PC for the first time with NBA 2K9, and have continued to support the platform to this day. All the same, I kept updating the NBA Live PC mod for a few years after that, though declining interest ultimately led to it being retired. Additionally, while originally conceived as a community project, only a few of us were keeping it alive towards the end. Nevertheless, I believe NBA Live PC was a great mod in its time, and one that we can be proud of. It managed to tide gamers over until they switched to NBA 2K, and was a great community effort.

As for the future of the mod…well, as I’ve mentioned a few times in recent weeks, maintaining current roster updates isn’t something I’m sure that I can commit to these days. However, the last release is still available to download. If the assets can be useful to anyone who’d like to engage in a little retro modding…well, I’d like to think it could still be useful as a base for a brand new comprehensive current season update. Since it was originally intended to be a community project, I believe that would be a fitting legacy. I for one certainly wouldn’t stand in the way of any such efforts.

I am really feeling nostalgic. Is there anyway to play NBA Live 10′ on PC? any emulator etc anyway to do that? One of my favorite games of all time.