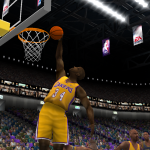 For those who are unaware, I didn’t found the NLSC – then the NBA Live Series Center – way back in 1996. That was the work of Tim, Lutz, and Brien, and it was their efforts that inspired me to create my own NBA Live website: the NBA Live Domain, or NLD for short. Yes, I was definitely inspired by the NLSC in a lot of ways.

There were a lot more NBA Live fan sites back in the day, especially as everyone tended to host their own patches. Generally speaking, you don’t see a lot of sites like that anymore. We’re obviously still around…now covering NBA 2K and basketball games in general as well as NBA Live…and you’ve also got Operation Sports, with their excellent coverage of the entire genre of sports games. Beyond that, most sports gamers seem to provide content through YouTube and other social media platforms.

So, with this being Wayback Wednesday, and given our ongoing celebrations of the 20th Anniversary of NBA Live, I thought I’d offer up some reflections on my old site. Let’s take a look back…way back…

…way back to 1998, when I was just a kid in high school, getting into the NBA Live patching scene. I’d discovered the NLSC and all the wonderful tools it provided, and I was eagerly creating my own roster updates for NBA Live 96 PC. At the time, the NLSC couldn’t offer file hosting to the community at large, so most of us created our own sites on Geocities (later Yahoo! Geocities), Angelfire, or one of the other free providers. We didn’t all have fantastic design skills – those early incarnations of the NLD were not very pretty to look at, even by 1998 standards – but it got our work out there. The main goal was getting featured in the NLSC’s Downloads section. As I got more involved in the community and learned a little more about web design, I started taking the NLD a bit more seriously in terms of it being more than just a place to host my files. Throughout the years, I re-designed it several times, and in addition to featuring my patches, I looked at producing some original content. The most successful (or at least, longest running) were my weekly columns, Webmaster News and the Midweek Patch Report. I also posted reports on the games I was currently playing – not unlike the story threads we’d come to maintain in the Forum – while providing the usual tips and tricks, game information, and other such resources. Towards the end, I even tried branching out into some NBA coverage.

In time, and with the help of the exposure the NLSC graciously provided to me, the NLD gained a bit of a following, and I really enjoyed updating it as often as possible. Clearly, Tim thought I was doing a good job with the site as he ultimately approached me about taking over the NLSC when he stepped down to join the NBA Live development team, then at EA Canada in Burnaby. I eagerly accepted the position, and from August to December 2001, I was running both sites side by side.

As excited as I was to take over the NLSC, I still had a lot of passion for the NBA Live Domain. It was the site that I’d created and built up from scratch, and it was difficult to let it go. I’d had so much fun coming up with content and new designs, and put a lot of energy into it over the three years I’d been running it. Even though I’d resolved to make it into an “editor’s choice” style of site, it was becoming redundant, and taking up time I needed to dedicate to the NLSC. Part of that was due to me still learning the ropes here, but the bottom line was that the NLSC was the larger and more successful site, and where my focus should be. The NLD had to go.

It was a difficult decision, one that I discussed with Tim and a couple of other people in the community that I frequently chatted to, to properly get my head around it. Closing the NLD was for the best, allowing me to properly dedicate myself to doing the best job possible with the NLSC. I posted a farewell note on December 29th 2001, explaining my decision and thanking everyone for their support. I received quite a few nice emails thanking me for my dedication, and offering encouragement moving forward.

With that post on December 29th 2001, I had updated the NLD for 596 consecutive days. The fact of the matter is, I needed to be getting fresh content out on the NLSC every day, and up until that point, I hadn’t been doing that. In the years that followed, I’ve done my best to ensure that there’s something new for visitors every day here on the NLSC. We haven’t missed an update beginning December 31st 2006; by next year, I’m looking forward to making it ten years of daily updates. We’ve changed content management systems a couple of times since then, so our archives don’t go back that far, but I promise you that’s how far back the streak extends.

Getting back to the NLD…unfortunately there was one overenthusiastic fan who was upset that the site was closing. He asked if he could continue to run it in my stead but I politely declined, as my intention was to incorporate NLD content into the NLSC moving forward, and keep the NLD open as something of a museum. He didn’t accept my position and this led to a situation with an imposter NBA Live Domain website being set up in February 2002, a situation that I did not handle as well as I would’ve liked. For those who are interested, you can read that story here in the Forum. As ugly as the situation became, it did get resolved and was ultimately a learning experience.

That’s been a recurring theme for me, during my time in the online basketball gaming community. The NLSC has taught me quite a few things that have helped me in my personal and professional life, but before that, I’d started learning those lessons with the NBA Live Domain. I hadn’t yet got a part time job when I started running the NLD, so it was through the site I learned a little about customer service, and dealing with the public. It taught me patience, perseverance, and work ethic. Needless to say, it helped me further develop my computer skills, and learn a few things about web design, too.

I’m proud of what I’ve been able to accomplish with the NLSC, and look forward to doing new and exciting things in the years to come. I really enjoyed producing some video content for last week’s Wayback Wednesday, and plan to do more of that. However, the NBA Live Domain will always be special to me. Whether it was hitting a new milestone in the daily traffic or putting out a patch I’d been working on for a while, there was an excitement to it. I still feel that with the NLSC too, and over the years I’ve put my own stamp on this site, but I do remember the NLD with fondness. And of course, it got me the NLSC gig. And that’s why, as part of our 20th Anniversary of NBA Live celebrations, I decided to bring it back…sort of. Yes, in addition to creating patches for all the old games and posting some retrospective articles – more of that stuff is on the way, incidentally – I thought it’d be fun to re-create the NLD for the modern era. So, with a fancy new banner from Arcane, a design based on the old layout, and a much better content management system (which is to say, an actual content management system), I present to you: the NBA Live Domain, reloaded!

Now that it’s here as a part of the NLSC, I’ll be leaving it up as a museum site. Of course, with our 20th Anniversary of NBA Live content, and the comeback attempt that the series is currently making, who knows. I might just find a use for it beyond that. If nothing else, I’ve enjoyed getting it back online, in some form; the original files are also still in my backups, should I ever decide to do something with them. At the very least, bringing it back like this has been a nostalgic experience for me. Hopefully for all of you, it’s an interesting look back in time, a window into the history of our community.

I’ll leave you now with an old animated GIF I made to promote the NBA Live Domain many, many years ago. Be kind; it was a much simpler time!