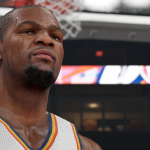 As some of you may have already noticed when glancing at your Steam downloads, a patch has been pushed through for NBA 2K15 PC, which addresses issues users have encountered after upgrading to Windows 10. Several users reported problems connecting to the 2K servers after upgrading to the latest version of Windows, which in turn locked them out of online play, online MyCAREER saves, and anything else involving VC.

Fortunately, it appears as though the new patch has resolved those problems, and NBA 2K15 PC gamers can once again get online. While it’s obviously far too late for 2K to patch in major gameplay or game mode fixes, it’s good to see that they were willing and able to address the problem for gamers who upgraded to Windows 10. I imagine the outcry would have been extremely vocal had the issues not been resolved, and rightfully so.

If you are still experiencing any issues with NBA 2K15 PC after upgrading to Windows 10, by all means post about it in the NBA 2K15 section of the NLSC Forum, providing as much detail as possible. And while we’re on the subject of NBA 2K15 PC, while modding has been a bit slower this year due to the new file formats, we still have some cool Downloads for the game, so be sure to check them out. And of course, if you are making mods for NBA 2K15 PC, be sure to make use of our upload facilities! If you’re not sure how it all works, you can get a step-by-step guide with this video tutorial.

I’m up and running, no issues!

Glad they fixed it, because w10 has improved framerates etc on PC and I can now play on maxed out settings (iMac 5k) where I couldn’t before. Thank you w10~!