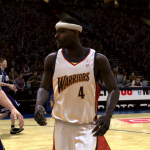 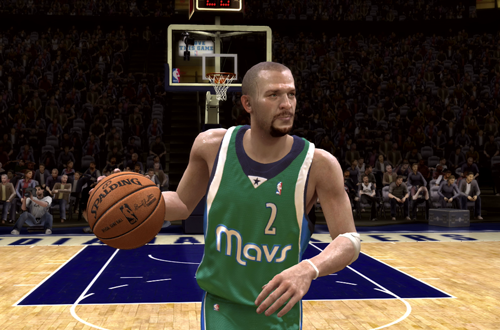 When familiar faces find themselves in a few different places – strange or otherwise – they usually end up being associated primarily with one team in particular. The odd thing about Jason Kidd is that thanks to entering the league with the Mavericks as one of the Three Js alongside Jamal Mashburn and Jim Jackson, playing four and a half years with the Suns, and six years with the Nets that included back-to-back Finals appearances, one can picture him with all three teams. It also helps that he returned to the Mavericks in 2008 – a trade reflected in roster updates for NBA Live 08 and NBA 2K8 – and was a key player on the team’s memorable title win over the Heat in 2011. 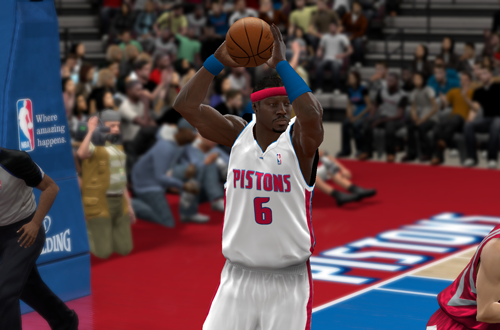 As a Bulls fan who’s still just the tiniest bit salty about the way Ben Wallace signed with Chicago for big bucks and subsequently underwhelmed, I say that he shouldn’t have ever left the Pistons. Obviously that contract is on Bulls management as well, but it felt like Wallace’s heart was still in Detroit, so he’d probably agree that if not for the money, he would’ve stayed put. He found his way back to the Motor City though, after a midseason trade in 2008 led to a year and a half stint in Cleveland. He played his final three years with the Pistons, eventually setting into a bench role for his last season. On the virtual hardwood, that tenure begins in NBA Live 10 and NBA 2K10. 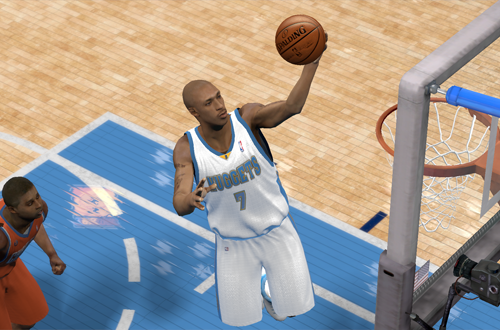 A teammate of Big Ben’s on the 2004 Pistons, Chauncey Billups also left Detroit a few years later, only to return for a very brief run in his final season exactly ten years after that title win. Billups’ departure in 2008 came via the trade that brought Allen Iverson to the Pistons. AI’s tenure in Mo-town is an example of a familiar face in a strange place, but the opposite was true for Billups following that swap. His second and third seasons in the NBA had been spent in Denver, though he returned with a much beefier resume. Roster updates for NBA Live 09 and NBA 2K9 feature his do-over in Denver, while his Pistons swansong is seen in NBA Live 14 and NBA 2K14. 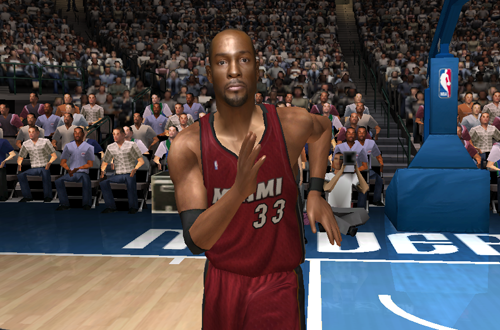 Bouncing back with a solid season in 2002 after missing most of the 2001 season due to illness, Alonzo Mourning ended up sitting out the entire 2003 season. He signed with the Nets in the 2003 offseason, only to retire before the season began, and then underwent a kidney transplant. Zo would return to the NBA, but his tenure with the Nets was short-lived. Dissatisfied with their roster, particularly after they traded away Kenyon Martin, he was included in the Vince Carter trade. He refused to report to the Raptors, and after being bought out, he rejoined the Heat. Unofficial roster updates took care of the move, with the 2006 season games officially reflecting his return. 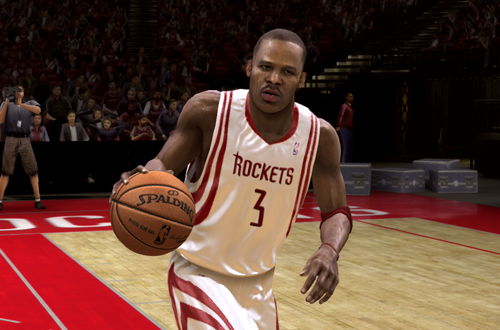 You may recall Steve Francis’ return to the Houston Rockets thanks to the inclusion of their 2008 squad as a retro team in recent NBA 2K games, if not from NBA Live 08 or NBA 2K8. However, he played only ten games before a torn left quad ended his season. It was hardly the exciting homecoming that he and Rockets fans were hoping for, and a far cry from his first stint in Houston. Ironically, he was then traded to the Grizzlies; the team that had drafted him when they were still in Vancouver, and then subsequently traded him to Houston. As such, his first and final games were with the Rockets, while technically beginning and ending his NBA career with the Grizzlies. 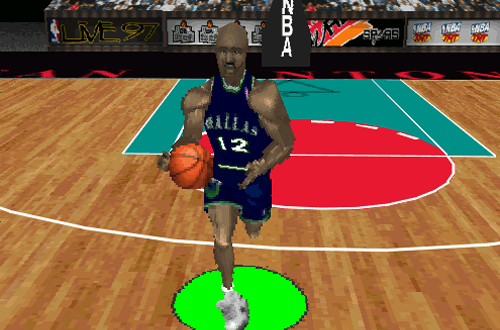 Much like Ron Harper – to whom he isn’t related – Derek Harper is one of the best players from his era to never make an All-Star team. He probably should’ve made at least one squad in the 80s, when his Dallas Mavericks teams were having some of their best seasons prior to the Dirk Nowitzki era, including pushing eventual champs the Lakers to the brink in the 1988 Western Conference Finals. Harp also endured some of the team’s worst seasons in the 90s, before being traded to the Knicks in 1994. When the Knicks signed Chris Childs, Harper returned to Dallas for a second, single season stint in 1997. His brief homecoming can be seen in NBA Live 97. 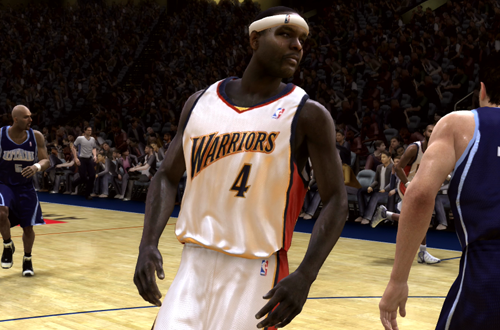 Playing his final games for the Warriors seemed like only a fitting conclusion to Chris Webber’s unusual NBA journey. After being selected by the Magic with the first pick in 1993, he was traded for Anfernee Hardaway. A clash with Don Nelson saw him opt out of his contract after his rookie season, and force a trade to Washington. He spent most of his career with the Kings, with brief stops in Philadelphia and his hometown of Detroit. After sitting out the 2008 season until January, he joined the Warriors but retired after nine games due to knee problems (forcing some quick roster updates in the 2008 titles). C-Webb had quite the NBA journey, but it ended in a familiar place. 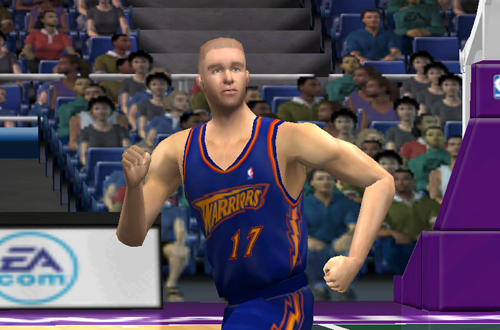 Between the early days of Wilt Chamberlain and then Rick Barry, and today’s era of Stephen Curry and Klay Thompson, Chris Mullin stood out as Mr. Warrior. The last player standing from Run-TMC after Tim Hardaway was traded to Miami in 1996, Mullin left on better terms when he was given the chance to join a contender in 1997, which turned out to be the Indiana Pacers. With the Pacers, he was part of the teams that pushed the Bulls to Game 7 in the 1998 Eastern Conference Finals, and fell to the Lakers 4-2 in the 2000 NBA Finals. The Pacers cut him in the offseason, leading to a return to Golden State for a low-key farewell tour, as seen in NBA Live 2001. 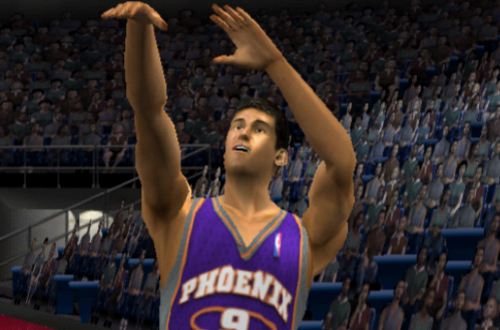 Sticking with the theme of stars from the 90s becoming familiar faces back in familiar places for one final run, “Thunder Dan” Majerle is another player on that list. His first stint with the Suns and five years with the Heat tend to be remembered, but his return to Phoenix for the 2002 season is probably as overlooked as his single year with the Cavaliers in 1996. That final year in Phoenix was admittedly forgettable as he put up career lows across the board, but sentimentally, it was nice see such a homecoming, as represented in NBA Live 2002 and NBA 2K2. It was a fond reunion that likely no one had envisioned back in 1988, when Majerle was booed by Suns fans at the Draft. 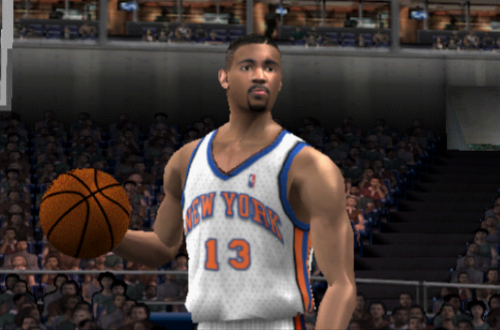 It didn’t take long for Mark Jackson to join the ranks of familiar faces back in familiar places when it came to his second Pacers stint. Traded to Denver for Jalen Rose in the 1996 offseason, a deadline deal brought him back to Indiana, making them teammates less than a year after the swap. Conversely, it took much longer for Jackson to return to his native New York, where he began his career. After three more years with the Pacers, he played half a season in Toronto before he was dealt to the Knicks in 2001. Community rosters added that deal to NBA Live 2001, before his first full campaign back in the Big Apple was reflected by default in NBA Live 2002 and NBA 2K2.

Familiar faces returning to familiar places yield a variety of results. Some stints are forgotten – arguably for the better in some cases – while others are more triumphant. Some are farewell tours, while others are reunions that last a few seasons. Although it always makes for a more poetic story when a return leads to a championship or some measure of success, even the less remarkable homecomings have allowed players to suit up one last time for a team they’re closely associated with, and retire in a familiar uniform (give or take a change in design). To that end, there’s something special about familiar faces being back in familiar places, and the games that capture said stints.

Enjoyed this Wayback Wednesday. Chauncey Billups is a legend out here in Denver so cool to see him back home with the Nuggets. Didn’t know Derek Harper never made an All-Star team. Hoops games definitely capture a sense of the times in each era.

Thanks! These are definitely fun to put together. I do enjoy the way games provide a snapshot of the NBA at the time they came out.