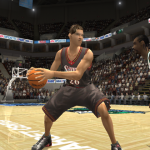 This is Wayback Wednesday, your midweek blast from the past! In this feature, we dig into the archives, look back at the history of basketball gaming, and indulge in some nostalgia. Check in every Wednesday for retrospectives and other features on older versions of NBA Live, NBA 2K, and old school basketball video games in general. You’ll also find old NLSC editorials re-published with added commentary, and other flashback content. This week, I’m taking a look back at the hidden rookies that were available in NBA Live 2004.

The Draft Class of 2003 is considered one of the best in NBA history. It boasts an impressive list of names, including LeBron James, Carmelo Anthony, Chris Bosh, and Dwyane Wade. Plenty of other noteworthy players such as David West, Kirk Hinrich, Josh Howard, Mo Williams, Jason Kapono, James Jones, Luke Walton, Steve Blake, and Kendrick Perkins were also in that class. Four of the top five picks have been All-NBA selections, and nine players have been All-Stars, including two second rounders. It’s a strong class with a handful of future Hall of Famers in its ranks.

Obviously, those players made their video game debut in the titles released for the 2004 season, such as NBA Live 2004, and ESPN NBA Basketball 2K4. Interestingly, quite a few of them were hidden by default in NBA Live 2004, and unlockable via codes. I’ve mentioned them before in articles discussing the game’s hidden content, but I thought I’d take a closer look at how their careers turned out, and also provide a few in-game screenshots, especially since not all of them made it to the NBA. Let’s take a look back…way back…

There are seventeen rookies available to unlock in NBA Live 2004. As you’d expect, the top picks are all accounted for and available by default, having been signed fairly early on in the 2003 offseason. It seems that EA Sports anticipated that quite a few of the rookies who remained unsigned by the roster cut-off date would be signed, and thus licensed them to be included. As it turned out, eleven of those players never made it to an NBA roster, though the six that did would go on to enjoy respectable careers in the league, with one still active as of 2018. Let’s look back and see who made it and who did not, and the jerseys they wore (or would’ve worn) in 2004.

The Hidden Rookies Who Made the NBA 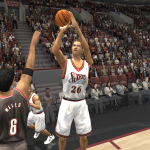 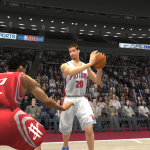 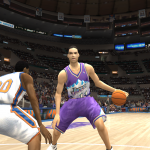 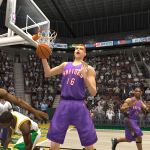 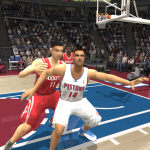 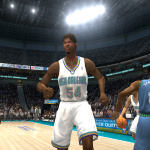 Of all the hidden rookies in NBA Live 2004 that did make it to the NBA, Kyle Korver is the only one to appear in an All-Star Game. The sharpshooting swingman is also the only player of the bunch that’s still in the league, most recently appearing in his second straight NBA Finals with the Cleveland Cavaliers. The seventh player in NBA history to make at least 2000 career three-pointers, he is probably the standout of the six in terms of individual accomplishments. Sasha Pavlović and Carlos Delfino, the 19th and 25th picks by the Jazz and Pistons respectively, are the only first rounders. Both ended up on teams that went to the Finals (Cleveland and Detroit respectively).

As far as championships are concerned however, only Matt Bonner has any rings. The Red Rocket wouldn’t make his debut with the Raptors until the next season, but ended up playing most of his career with the Spurs, winning titles in 2007 and 2014. Delfino also didn’t debut until the 2005 season, missing out on the Pistons’ championship in 2004. James Lang and Andreas Glyniadakis wouldn’t debut until the 2007 season, with Lang playing eleven games for the Wizards, and Glyniadakis appearing in just thirteen games for the SuperSonics. Glyniadakis enjoyed a successful career in Europe, but sadly Lang suffered a stroke in 2009 that left him partially paralysed.

It’s interesting that of the six hidden rookies who would go on to play in the NBA, only two (Korver and Pavlović) made their debut during the 2004 season. After acquiring him from the Bulls, the Raptors struck a verbal agreement to bring Bonner in the following season when they would have a roster spot for him, leading to him playing in Europe. Delfino and Glyniadakis were already playing in Europe, while Lang spent some time in the D-League, his attempts at an NBA career repeatedly thwarted by back problems and other health issues. In any event, EA Sports did get it right with these six rookies, at least within a few years if not right away.

The Hidden Rookies Who Didn’t Make the NBA 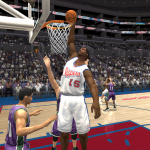 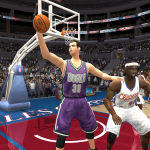 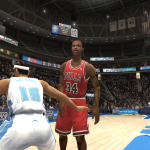 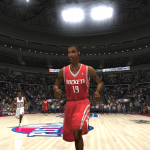 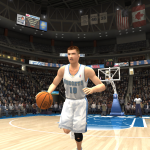 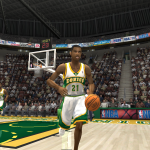 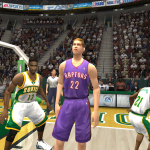 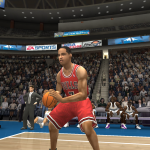 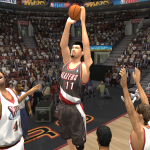 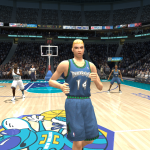 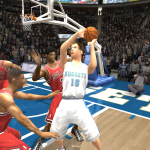 Not surprisingly, the hidden rookies that never ended up making it to the NBA are all second round Draft picks. Six of them were among the last ten picks, but it’s also worth noting that six of them were selected before Kyle Korver, and five were picked before Mo Williams, the other 2003 second rounder who went on to make at least one All-Star team. Eight were international players, including Sofoklis Schortsanitis who was taken the highest at 34th overall. Nicknamed “Baby Shaq”, he’s had a long and successful career in Europe. He came close to making it to the NBA with the Clippers in 2010, and his Draft rights have been traded a few times, most recently in 2014.

A few of those international rookies are actually still active in Europe. In addition to Schortsanitis, Szymon Szewczyk and Malick Badiane are still playing as of 2018. Sani Bečirovič and Paccelis Morlende were still playing in 2015, while Xue Yuyang last played in 2017. Nedžad Sinanović last played in 2014, while Remon van de Hare had the shortest career, retiring in 2009. Of the American players, Rick Rickert was active as of 2018 (but is now listed as being retired), and Mario Austin played until 2015 as did Tommy Smith, though Smith apparently isn’t officially retired. Rickert is also infamous for an altercation with Kevin Garnett during a pick-up game in 2004.

While the D-League or Summer League play is the closest any of those players would come to the NBA, collectively they’ve spent many years on the hardwood around the world. From various European leagues to Asia and the Middle East, to Australia and New Zealand, they’ve enjoyed lengthy professional careers. With better opportunities playing abroad, and a limited amount of roster spots and minutes to be found in the NBA, it’s understandable that their careers ultimately took a different path. Regardless of whether they had a legitimate chance at making it to the NBA, however, they did make it into an NBA video game as part of a group of hidden unlockable rookies. 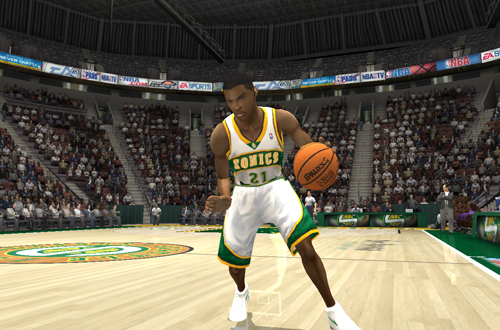 Looking back at those hidden rookies in NBA Live 2004, it’s a strange and interesting situation. Generally speaking, back then if rookies weren’t signed by the cut-off date, they were out of luck. Tyson Chandler and Eddy Curry were absent from NBA Live 2002, while top pick Yao Ming was missing from the PlayStation 2 version of NBA Live 2003. It seems that EA wanted to hedge their bets on some unsigned Draftees in NBA Live 2004, an approach they haven’t adopted before or since. It’s also a sign of the times, as these days the official roster updates would take care of any missing players come opening night, as well as throughout the NBA season.

In the long run, the presence of these hidden rookies would prove to be useful. They saved time in adding those players to the roster, and in the console versions, ensured that they would have a face texture. As we continued to update the PC rosters in the years that followed, the players who made their debut in subsequent seasons were also pre-made for us. Finally, like the other players who made it into video games but not the NBA, they could be used to pad out the rosters with pro players from around the world, and set up a few “What If” scenarios. For those of us looking back in 2018, we can wonder what might have been, and appreciate the roster updates we now receive.

Daniel Santiago was a good player in Puerto Rico but sadly his rating were in the 30, he its a center, but for the game he can’t even rebound.
Great article!

There were some brutal ratings back then, especially in NBA Live 2004 because it was the first game where they switched from 50-99 to 0-99 for in-game ratings. A lot of Overall Ratings seem low in that game.