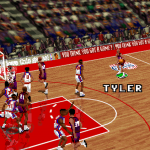 This is Wayback Wednesday, your midweek blast from the past! In this feature, we dig into the archives, look back at the history of basketball gaming, and indulge in some nostalgia. Check in every Wednesday for retrospectives and other features on older versions of NBA Live, NBA 2K, and old school basketball video games in general. You’ll also find old NLSC editorials re-published with added commentary, and other flashback content. This week, I’m taking a look back at the inactive players that can be found in the rosters of NBA Live 96 PC.

Even after I’d moved on to newer games, NBA Live 96 continued to be a valuable resource. Before Basketball Reference launched, we had to work a bit harder and consult various resources when we made retro roster mods, including older games. As I was quite fond of creating 1996 season mods, NBA Live 96 was one of my go-to resources. Unfortunately, its roster contained a few inaccuracies. While this certainly isn’t uncommon in games that predate official roster updates, the PC version of NBA Live 96 notably includes a number of players who were retired or inactive. Let’s take a look back…way back… 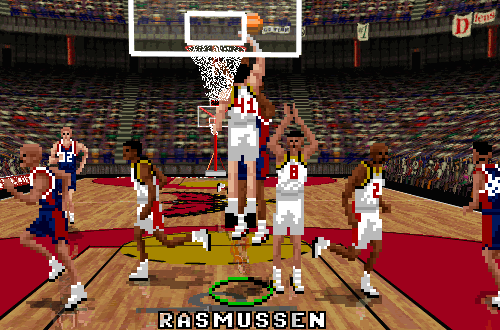 Thanks to all the time I’ve spent with NBA Live 96 PC, as well as the 1996 season roster mods that I’ve made for other titles, Blair Rasmussen can probably be counted among the players I remember thanks to video games. Technically speaking, it was accurate to add him to those mods, as he was a member of the Atlanta Hawks’ roster that year. He’d been sidelined since the 1993 season with a spinal injury however, and if not for the addition of the inactive roster in NBA Live 96 PC, probably wouldn’t have been among the included players. His contract ran through 1996 though, which resulted in him becoming one of the inactive players represented in NBA Live 96 PC. 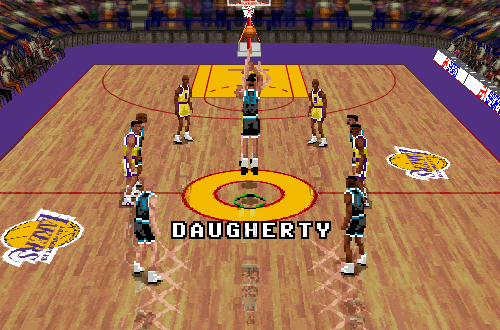 The number one pick in the infamous 1986 Draft, Brad Daugherty‘s career was cut short by serious back injuries. It’s unfortunate as he was a skilled big man, averaging over 20 points and 10 rebounds for three consecutive years in the 90s. Although his career essentially came to an end in 1994, he was still on the Cleveland Cavaliers’ roster through the 1996 season, which meant that he was included in the rosters of NBA Live 95 and NBA Live 96 PC. The expansion of team rosters to fourteen players and the addition of the inactive list allowed Daugherty to sit out games by default, but nevertheless his NBA career was artificially lengthened on the virtual hardwood. 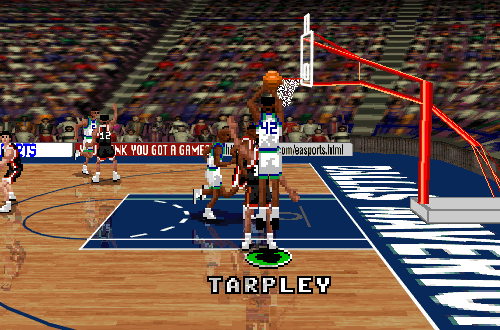 Another Class of 1986 alum, Roy Tarpley was once a rising star whose career was derailed by substance abuse; sadly, a common theme with a few noteworthy names in that Draft. After being banned from the league in 1991, he was reinstated in 1994, appearing in 55 games for the Mavericks during the 1995 season. He was still under contract with the Mavericks for the 1996 campaign, but was permanently banned in December 1995 for using alcohol and violating the terms of a court-imposed personal aftercare program. By that point the rosters for NBA Live 96 PC had been finalised, which meant Roy Tarpley remained in the game as one of the Mavs’ inactive players. 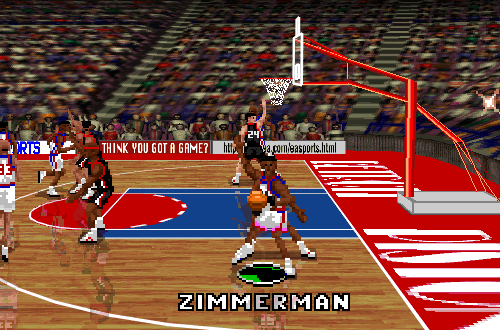 Unlike the other inactive players on this list, Rodney Zimmerman never actually played a minute in the NBA (which also makes him an example of players who appeared in more video games than NBA games). A member of the 1992-93 UCLA Bruins squad alongside Ed O’Bannon, Mitchell Butler, and George Zidek, Rodney Zimmerman signed with the Detroit Pistons in October 1995, after previously going undrafted in 1994. He was cut in January without ever playing a game, and didn’t land another NBA contract thereafter. With NBA Live 96 as my reference however, I did end up creating him in my 1996 season mods, though that wasn’t entirely inaccurate. 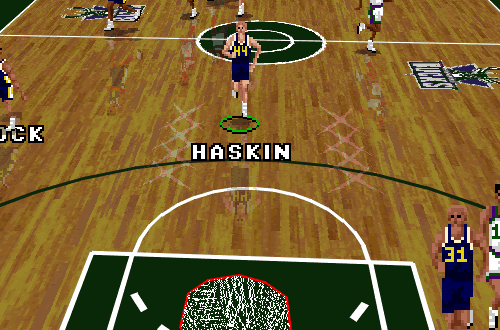 I was hesitant to mention Scott Haskin, as he explained in a 2004 interview that he enjoys anonymity following a very brief NBA career. Ultimately, I figured that I’m not knocking on his door asking for an interview, and his name is out there in video games, Basketball Reference, and Wikipedia, so hopefully I’m not out of bounds here. To that point, Haskin played 27 games for the Indiana Pacers as a rookie in 1994, but like Rasmussen and Daugherty, serious back injuries prematurely ended his career. As with those inactive players, he was still under contract in 1996 and thus in NBA Live 96 PC, so adding him in 1996 season mods was technically correct, if unnecessary. 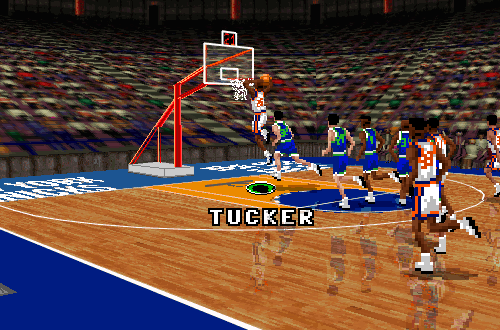 We’ve got some interesting trivia when it comes to Anthony Tucker. Undrafted out of Georgetown, he ended up signing with the then-Washington Bullets, where he played 62 games as a rookie, starting 13 of them. He also appeared in the Rookie Game at the 1995 All-Star Weekend. Tucker subsequently signed with the New York Knicks in October 1995, but didn’t play a single minute all season. The Knicks only had 12 players in the default rosters of NBA Live 96 PC, so he wasn’t able to appear on the inactive list. This makes him another player whose appearances for a team are limited to video games. By the way, the reason he sat out the ’96 season? Yes, a back injury. 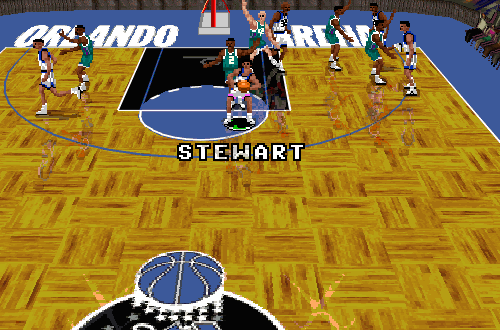 Although it was brief, Larry Stewart‘s NBA career took some interesting turns. He was the first undrafted player to be named to an All-Rookie team, after starting 43 out of 76 games for the Washington Bullets in 1991-92, averaging around 10 points and six rebounds per game. The Spurs signed him to an offer sheet in the offseason, but the Bullets matched, keeping him in Washington until the Vancouver Grizzlies snared him with the 14th pick in the 1995 Expansion Draft. The Grizzlies then traded him to the Orlando Magic, where he can be found in the rosters of NBA Live 96 PC. Stewart was cut before the game came out though, and spent the season playing in Greece. 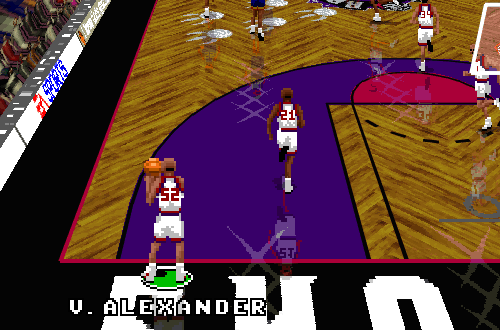 You’ll find Victor Alexander on the Toronto Raptors’ roster in NBA Live 96 PC, as he was involved in the trade that sent B.J. Armstrong – who refused to report to the team after they made him the first overall pick in the Expansion Draft – to the Golden State Warriors. He didn’t play a game for the Raptors however, and was traded to the New York Knicks in February, where he was subsequently cut. Once again, this makes his inclusion in any 1996 season mods technically accurate, but ultimately unnecessary. After five years playing overseas, Alexander had a short stint with the Detroit Pistons in the 2002 season, marking one of the longest absences before returning to the NBA. 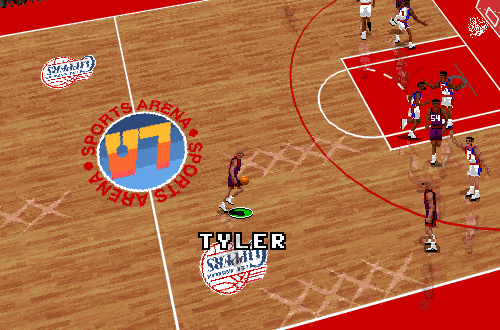 An injury derailed B.J. Tyler‘s career, but unlike other inactive players in NBA Live 96 PC’s rosters, it wasn’t his back. Not long after the Raptors selected him in the 1995 Expansion Draft, Tyler fell asleep with a pack of ice on his ankle, which ended up causing severe nerve damage. He never suited up for the Raptors outside of the virtual hardwood, and indeed, never played in the NBA again. Tyler’s contract actually ran through the 2000 season, though NBA Live 96 PC was one of his final video game appearances as he was waived in October 1996, and officially retired in November 1997. As such, I probably could have skipped creating him in my 1996 mods. 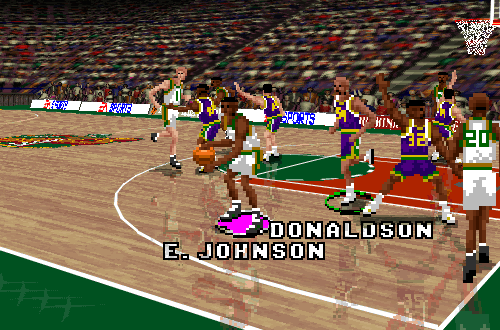 Once named the worst All-Star of all-time for his one-time selection in 1988, James Donaldson was nevertheless a solid big man who spent most of his career with the Dallas Mavericks. His final season came with the Utah Jazz in 1994-95, though he wouldn’t be waived by the team until December 1995. He’s therefore one of the inactive players on Utah’s roster in NBA Live 96 PC, and yes, that meant that he’s been unnecessarily included in my mods. Incidentally, he appears on the All-Time Mavericks roster in NBA 2K, and given that other impactful defensive players also made All-Star teams, his “worst All-Star” reputation is arguably somewhat unfair.

Because I was much younger when NBA Live 96 PC came out and I didn’t know NBA rosters top to bottom yet, inaccuracies and roster oddities flew under my radar. It wasn’t until years later that reference materials were readily available, allowing me to properly update old mods, and learn the story behind some players who weren’t very prominent by the time I really started getting into basketball. Looking back, it’s interesting that there were so many players in the game whose career was over, or close to it. I’ll have to revisit some other old favourites to see if a similar number of inactive players extended their careers beyond cameos in the Free Agents Pool.