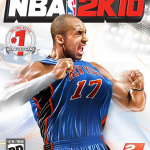 This is Wayback Wednesday, your midweek blast from the past! In this feature, we dig into the archives, look back at the history of basketball gaming, and indulge in some nostalgia. Check in every Wednesday for retrospectives and other features on older versions of NBA Live, NBA 2K, and old school basketball video games in general. You’ll also find old NLSC editorials re-published with added commentary, and other flashback content. This week, I’m taking a look back at Kobe Bryant’s fictional NBA 2K10 cover.

Since the preview season officially tipped off with the reveal of NBA 2K20’s cover players, I thought it would be appropriate to look back ten years to NBA 2K10. If you poke around for NBA 2K10 images on Google, you’ll no doubt come across a version of the cover featuring Kobe Bryant in a New York Knicks jersey; a uniform he never wore during his career. Of course, many basketball gamers have made mock-up and fictional alternate covers for various games over the years (to say nothing of bootleg copies), and they tend to show up in Google Image searches as well.

What’s interesting about this particular cover is that it’s an official fake, if that’s not too much of a contradiction in terms. More specifically, it’s an image that 2K made following the announcement that Kobe would be appearing on the cover. What’s the story behind this unusual cover that no doubt made Knicks fans wistful, and Lakers fans cringe? Let’s take a look back…way back…

Kobe Bryant was an obvious choice for NBA 2K10’s cover. In 2009 he made his sixth NBA Finals appearance and won his fourth championship, his first without Shaquille O’Neal. Also widely considered the best player in the NBA at the time, his popularity and acclaim made him an ideal face for the game as it marked its 10th Anniversary. Kobe looked like an even better choice when his Lakers repeated in 2010, making him one of the few players to win the championship the same year as appearing on the cover of a video game. NBA 2K10 also performed well as it was positively received and outsold NBA Live 10, widening the gap after taking the lead with NBA 2K9. 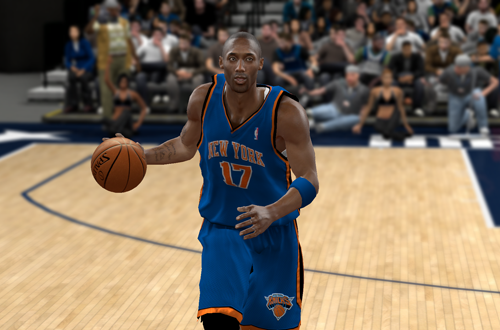 To celebrate NBA 2K’s 10th Anniversary, Visual Concepts took a different approach to the game’s cover. After announcing Kobe Bryant as the cover player, 2K gave fans the opportunity to vote on the design they wanted to see, something they also did for MLB 2K10. There were three options featuring Kobe in various poses, wearing the gold home jersey of the Lakers. The fourth option was a Photoshopped version of the cover design where he was tugging on his jersey, only now instead of the Lakers’ gold and purple, he was wearing the blue and orange of the Knicks, along with the number seventeen. The jersey tugging cover – the Lakers version, that is – ultimately won.

So, what was the deal with the fictional Knicks cover? Well, Spike Lee, filmmaker and one of the biggest Knicks fans in the world, appeared in a commercial promoting the game and the reveal of the official cover. After running through various Knicks players he believes should be on the cover instead (as well as nominating himself), Spike suggests that Kobe should at least be wearing a Knicks jersey, at which point he unveils the Photoshopped image. As the commercial was filmed before the poll went live, the Knicks cover was added as joke option. Voting for it didn’t place it in serious contention however, instead displaying a sarcastic quip that poked fun at Spike Lee.

At the time, Spike Lee joked that it was a contract year for Kobe Bryant, making the tongue-in-cheek suggestion that he was pitching the Knicks to Kobe. As it happened, Kobe signed a three year extension on April 2nd 2010, putting an end to any fantasies that he was leaving Los Angeles. In fact, it was another star whose free agency would continue to grab headlines, as fans and talking heads spent months speculating where LeBron James would sign come the offseason. He would of course take his talents to South Beach, later appearing on NBA 2K14’s cover as a member of the Heat. If only 2K had signed him for NBA 2K10; Spike could’ve had The King in a Knicks jersey! 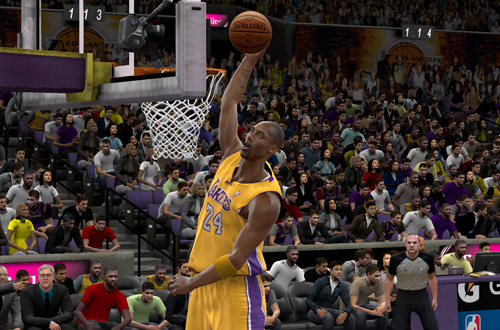 Unlikely “What Ifs” aside, the situation with the NBA 2K10 cover is rather unique. NBA 2K has had several memorable cover reveals since then, but we haven’t been given another opportunity to choose the cover design. The closest we’ve come is having swappable covers when there have been multiple players, and the alternative covers for special editions. We’ve yet to see any more official fictional covers placing players on teams other than the ones that they play for, though the Fantastic Journey option in NBA 2K14’s LeBron: Path to Greatness mode did allow us to see LeBron James don other uniforms in fantasy scenarios on the virtual hardwood.

If anything, we’ve seen Visual Concepts become leery of featuring certain players on the 2K cover wearing their current teams’ jerseys. After Kyrie Irving’s surprising trade to the Boston Celtics following his announcement as the cover player for NBA 2K18, 2K replaced the title screen and issued new cover art for the second run of physical copies, making first run copies something of a collector’s item. LeBron James notably wore a generic jersey on the cover of the 20th Anniversary Edition of NBA 2K19, and with all the speculation that Anthony Davis would be traded, 2K clearly opted to err on the side of caution for NBA 2K20, as The Brow doesn’t wear an NBA uniform.

Given the way that star players are changing teams these days, it’s perhaps a missed opportunity that Visual Concepts doesn’t revive the idea they had with NBA 2K10. Obviously the deal with their cover player is made well before the announcement, but perhaps they could refrain from finalising and revealing the cover art right away. This would allow them to wait and see if a player is moving on before committing to a design, as well as engage the community by presenting a few options for us to vote upon. Presenting mock-ups of players wearing other teams’ jerseys might also be a fun way to promote MyLEAGUE, MyGM, and MyTEAM in future games. 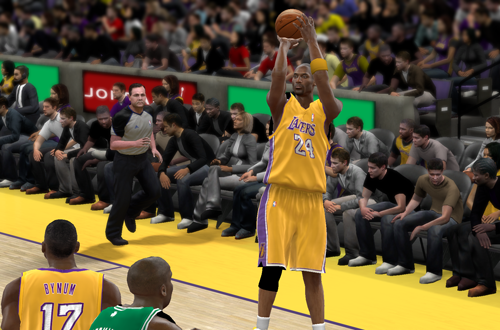 As for NBA 2K10, it wouldn’t be the last time that Kobe Bryant was involved with the series. He graced the cover of the Legend Edition of NBA 2K17, and a year later, appeared in the reveal trailer for former teammate Shaquille O’Neal’s Legend Edition. 2K would also collaborate with Spike Lee again following NBA 2K10, as the award-winning filmmaker produced the story for NBA 2K16’s MyCAREER mode, “Livin’ Da Dream“. Kobe Bryant, along with NBA 2K9 cover player Kevin Garnett, are also featured in NBA 2K18 and NBA 2K19 as guest commentators, joining the booth at random when the Los Angeles Lakers and Boston Celtics respectively are playing.

Not to place too much importance on the cover of a basketball video game – it’s the quality of the game inside the box that matters – but the situation with the NBA 2K10 cover encapsulates a very specific time in basketball gaming. NBA 2K and NBA Live were still on more equal footing, and with neither title selling anywhere close to ten million copies in a single year, a gimmick such as letting fans choose the cover design was an effective form of engagement. This was before microtransactions and content that fuels aggressive pre-order hype, and arguably one of the final years in a golden age of basketball gaming; a time many of us would like to see the games return to.

And of course, the fictional cover featuring Kobe Bryant in a Knicks jersey, the joke option in the poll, remains a fun oddity and interesting trivia note. It’s important that we document the reasons behind oddities such as this one. The image does pop up from time to time, leaving younger gamers and those who may have forgotten about the original circumstances to wonder how it came about, and whether it was legit or a fan creation. In this instance, the prospect of Kobe Bryant on the New York Knicks may have just been a case of Spike Lee Livin’ Da Dream, but as far as being a mock-up that 2K themselves put together, it was indeed as real as a fake cover can get.

In order: the real cover, the two runner-up options, and the joke cover featuring The Black Mamba in a New York Knicks jersey. 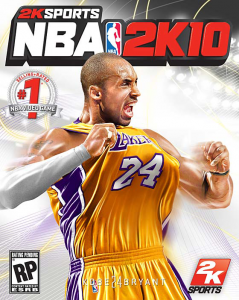 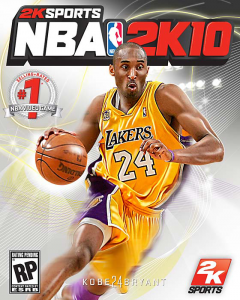 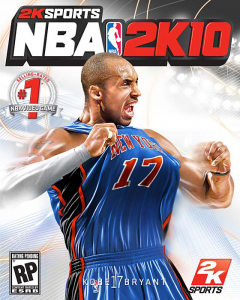 They didn’t do too badly for themselves in free agency in 2010. It didn’t pan out, but they made some good moves that year!

Yes, but I’m talking about this year. 🙂

Randle’s a good pick-up at least.

God, the Knicks were so fuckin’ bad back then if he was nominating Duhon for the cover (all joking aside); I much rather would’ve preferred that second image as the cover of the game.

The biggest question is did Kobe in a #17 Knicks jersey predict Linsanity?

Hey now, Chris Duhon was a beast…in NBA Live 10, thanks to the point guard domination issue. 😉

Great point about Linsanity. I was thinking it predicted him being the Legend Edition cover player in NBA 2K17, but that’s another fun connection.