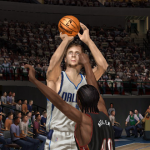 Just to shoot down any speculation, the spoiler wasn’t the result of the NBA Finals and proof that the NBA is rigged; sorry, conspiracy theorists! The simulated result may have been inaccurate, but the accuracy of another detail was problematic. That detail was the brand new synthetic basketball that the NBA was introducing for the 2007 season. The problem is that it wasn’t going to be officially unveiled until later that month, so the NBA Live 07 media that accompanied the simulation let the cat out of the bag. Once someone at EA noticed this – or perhaps after the league contacted them – we were asked not to post the feature, or pull it if we already had. 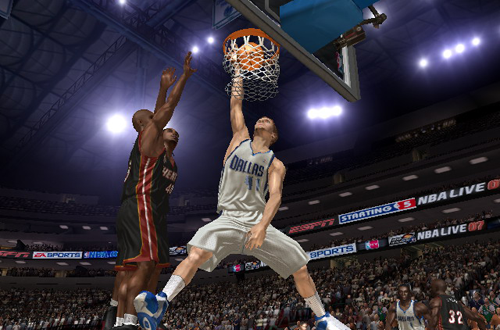 A quick Google search would seem to suggest that everyone complied with that request. We certainly did, as we wanted to show good faith and maintain a good relationship with EA Sports. There doesn’t seem to be any harm in sharing those assets now as NBA Live 07 is thirteen years old, the synthetic ball has long been revealed and subsequently retired due to its immense unpopularity with players, and there isn’t anything else controversial about the long-lost preview. I feel that it’s too interesting to just sit in my archives however, so here it is: the intended sneak peek at NBA Live 07 from EA Sports that offered up a prediction for the 2006 NBA Finals!

The Dallas Mavericks will capture their first NBA championship by defeating the Miami Heat in seven games in an Electronic Arts NBA LIVE videogame simulation of the NBA Finals.

Using NBA LIVE to predict the winner of the NBA Finals, Dallas will win its first NBA title in franchise history after forward Dirk Nowitzki grabs an offensive rebound and scores on a dunk to give the Mavericks a series-clinching 90-88 win over the Heat in Game 7.

Nowitzki was named Finals MVP after averaging 25.3 points and 10 rebounds a game in the series. In the decisive seventh game Nowitzki led the Mavericks with 27 points and 11 rebounds but it was his heroics on the team’s final possession that won the championship. It was his second game-winning shot of the series. Teammate Jerry Stackhouse chipped in with 18 points.

Miami guard Dwyane Wade had 29 points and nine assists and forward Antoine Walker scored 19 points and pulled down five rebounds in a losing effort in Game 7.

After splitting the first two game of the series in Dallas, the Mavericks swept the Heat on their home court to go up three games to one before Miami came storming back. Shaquille O’Neal had a series-high 28 points, 11 rebounds and three blocks to propel the Heat to an 87-84 victory in Game 6 that forced a seventh game. Miami also won the fifth game 93-81 after Walker hit six-of-10 three-pointers for a team-high 22 points.

The teams split the first two games of the series with Dallas winning the opener 97-90 and Miami taking Game 2 with a 101-97 overtime win. Dallas won the third game, 93-90, and the fourth game, 102-101 in overtime, after Nowitzki hit a game-winning shot as time expired.

Developed in Vancouver, B.C., by EA Canada, NBA LIVE 07 will be available this fall on the Xbox 360 and Xbox video game systems, the PlayStation2, PSP handheld system, and PC. It will also be one of the EA SPORTS titles available at launch of the PS3 entertainment system. 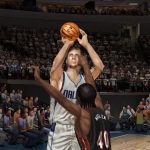 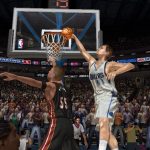 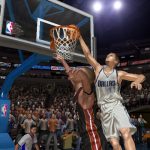 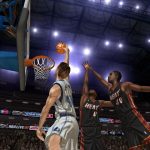 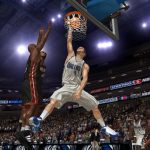 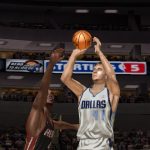 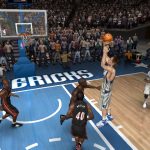 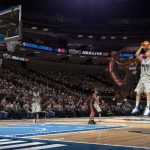