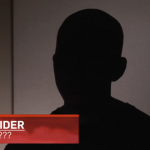 This is Wayback Wednesday, your midweek blast from the past! In this feature, we dig into the archives, look back at the history of basketball gaming, and indulge in some nostalgia. Check in every Wednesday for retrospectives and other features on older versions of NBA Live, NBA 2K, and old school basketball video games in general. You’ll also find old NLSC editorials re-published with added commentary, and other flashback content. This week, I’m taking a look back at the infamous 2K Insider.

When I discussed some of the most memorable characters in basketball video games, it was pointed out to me that I’d forgotten about one of the most noteworthy individuals to appear in the NBA 2K series: the 2K Insider. A mysterious person behind the scenes and in the community, the 2K Insider – known only as “Sy” – was responsible for maintaining the rosters for NBA 2K. Within the games themselves, their avatar appeared as an advisor and mentor, providing basketball insights and offering up words of encouragement, as well as critique.

The 2K Insider hasn’t been a part of the more recent NBA 2K games, as he no longer fits the tone of MyCAREER. 2K has also taken the approach of recognising all the developers, ensuring that we know who is responsible for different aspects of the games, and opening up the channels of communication for constructive feedback. The Insider was a notable figure that led to a fair amount of speculation though, so let’s take a look back…way back…

Let’s first take a look back at the in-game avatar, which bore more than a passing resemblance to Stephen A. Smith. The 2K Insider was portrayed as a basketball guru, an NBA insider with all the knowledge and connections to help out a player trying to make it in the league. He appeared in narrated pop-ups during My Player, critiquing your performance and offering tips and encouragement that often referenced the trials and tribulations faced by real NBA players. In that respect, he also provided something of an ongoing tutorial, introducing various aspects of My Player while adding a little extra flavour to the mode’s presentation. His advice and criticisms were somewhat generic, though. After a while they became repetitive, and even remained unchanged from one NBA 2K game to the next. There’s obviously a finite amount of dialogue that can be written and recorded, and once you’ve heard it all before, it’s likely just going to be irritating. His speeches about not quitting upon attempting to exit My Player, while relating tales of NBA players who never stopped trying to improve their game, were kind of like the quit messages in the original Doom games. There might have been a certain charm to them at first, but after a while, they became something to skip as soon as possible.

On the bright side, Visual Concepts obviously knew that the in-game 2K Insider wasn’t a feature that all gamers would enjoy. In addition to being able to disable the pop-ups and only hear his dialogue, there was also an option to switch him off entirely. I imagine that a lot of people ended up doing just that. After all, there’s only so many times that you can listen to the same clips about Larry Bird and Tim Duncan’s work ethic, or generic comments about the game you just played. When it came down to it, the advice and critique of the 2K Insider weren’t crucial to your success.

As far as the person behind the 2K Insider avatar was concerned, they had a significantly more important role. From all accounts, they were the person who was chiefly responsible for the game’s rosters, including the post-release roster updates. They did have some interaction with the community, as far as sharing details about the latest roster update, or commentary on current events in the NBA. For whatever reason, Visual Concepts decided to keep their identity a secret. Perhaps it was to shield them from vitriolic criticism from gamers who were unhappy with overall ratings, or maybe it was just seen as a fun gimmick to get people talking.

In any event, their identity naturally became the subject of much speculation. They would “appear” on a developer insight video for NBA 2K13, shadowed and voice altered, talking about their favourite animations in the game (“the dancers and the mascots”, apparently). For all the speculation that it might be a prominent YouTuber or NBA player, it seems far more logical that it was indeed simply the avatar of the developer (or possibly developers) who maintained the rosters. The 2K Insider’s Twitter account provided information about roster updates, but no hints as to their identity. Think the name “Sy” is a clue? Good luck finding it in the credits! Despite their “appearance” in the previews for NBA 2K13, the in-game 2K Insider had actually been retired by that point. The role of the real world avatar would eventually be phased out as well, with the final Tweet from the 2K Insider account coming in November 2013, describing additions to the most recent NBA 2K14 roster update. These days, Visual Concepts openly acknowledges Mike Stauffer as the person who is now responsible for maintaining the rosters in NBA 2K. A face and a real name probably inspires a little more confidence in gamers who are interested in providing constructive feedback about ratings and other roster issues.

Personally, I think both moves were for the best. The concept of the in-game 2K Insider had good intentions, but in all honesty, it was a bit corny. It wore out its welcome, and a lot of gamers probably didn’t have much of a use for him in the first place. With more interaction between developers and gamers these days, anonymity for the person responsible for the updates no longer seems appropriate either. In fact, if the 2K Insider still had a presence within the game and in the community today, it would probably come across as a bit condescending and arrogant. I for one would much rather communicate with a real developer, rather than an enigmatic avatar.

At this point, it seems unlikely that we’ll discover the identity of the actual 2K Insider. One might even argue that it would be somewhat anti-climactic to actually find out the name of the developer(s) behind the avatar. The in-game gimmick served its purpose, and it was a fun guessing game while it lasted; perhaps it’s even more fun that we don’t know who it was. At the end of the day, I can’t say that I miss the 2K Insider’s in-game presence, and the current approach of transparency and accessibility is preferable to a shadowy avatar, shrouded in mystery. Still, for better or worse, the 2K Insider remains a memorable character in his own right.