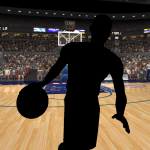 This is Wayback Wednesday, your midweek blast from the past! In this feature, we dig into the archives, look back at the history of basketball gaming, and indulge in some nostalgia. Check in every Wednesday for retrospectives and other features on older versions of NBA Live, NBA 2K, and old school basketball video games in general. You’ll also find old NLSC editorials re-published with added commentary, and other flashback content. This week, I’m taking a look back at the mystery teaser covers that used to get us talking about upcoming cover player reveals.

As discussed in Episode #291 of the NLSC Podcast, there’s currently a bit of worried speculation regarding NBA Live 20, due to a lack of news. While there’s evidence to suggest that those concerns are jumping the gun, it is unusual that there haven’t been any official announcements regarding this year’s expected release from EA Sports. It isn’t the first time that news about NBA Live has been slow, or that the cover player ended up being announced quite late, but given the series’ rocky history over the past decade, the speculation is at least understandable.

Speaking of cover players and reveals, that’s something which has become a much bigger deal than it used to be a long time ago. Back in the 90s, long before basketball titles and gaming in general became the juggernaut of today, there wasn’t nearly as much importance placed on the cover player. A star was generally preferred, but it wasn’t always a top tier player. Quite a few games settled for “someone who’s in the NBA”, who may or may not have a chance at becoming a superstar. It wasn’t until NBA Live 2003 that the cover player was a big part of the pre-release hype, which also started a trend of mystery teaser covers. Let’s take a look back…way back…

NBA Live 2003 was a big year for the series. It was the first game back on PC after a one year hiatus with NBA Live 2002, and saw the debut of Freestyle Control. The younger NBA 2K series was turning heads and beginning to challenge the established NBA Live series in terms of sales and critical acclaim. We were still a few years away from the advent of social media, but we were starting to see the beginnings of the preview season for basketball games that we’re now familiar with. Perhaps mindful of all that, upon launching the official website for NBA Live 2003, EA Sports refrained from revealing the cover player; instead, they featured a teaser of the cover artwork. 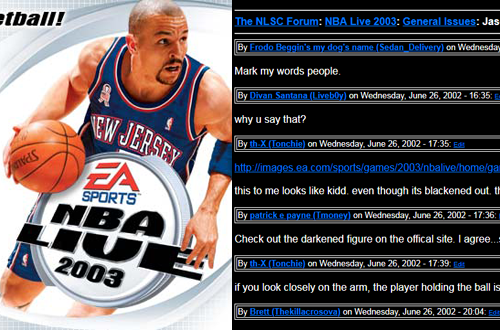 The cover player, who would of course be revealed as Jason Kidd, was featured in silhouette in the teaser. Immediately, we began to speculate in the old Forum as to the player’s identity. As the player in the silhouette was obviously bald, many gamers declared it to be Michael Jordan; an incorrect prediction that I admittedly shared. Others pointed out the player’s proportions, the outline of the brace on their right knee, and a few other details that correctly identified them as Jason Kidd. Those who had suitable image editing software even played around with the teaser image, and were able to reveal details such as the Nets logo on the shorts.

That original teaser image – eventually replaced by the artwork posted above – seems to have been lost to time. I spent far too long trying to find it the other night, hitting a dead end when the only link I had to the teaser image yielded no results over in the Wayback Machine at archive.org. I’ve gone through my own archives but it seems I didn’t save it at the time, an oversight that I certainly regret as it would’ve been great to still have it for historical purposes. Much like many of the great mods that were released around that time, we assumed that assets like that would be available in perpetuity. Sadly, that wouldn’t be the case.

A similar teaser, sadly also lost, would be released for NBA Live 2004. Once again, our community pored over the image and tried to figure out the identity of the player, with several wrong guesses. It’s funny looking back at a couple of those old Forum topics and reading the reasoning behind some of the answers, especially given how adamant some people were that it wasn’t Vince Carter. Interestingly, a lot of people were predicting Tracy McGrady before the image was released; T-Mac would of course go on to appear on NBA Live 07’s cover. It’s also amusing to read some of the predictions in those topics about LeBron James potentially being a flop! 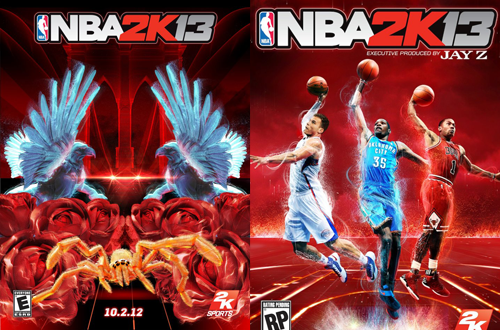 For all the hype that NBA 2K puts into its cover reveals, they haven’t taunted the community with too many teasers over the years. There have been placeholder images for online stores and gaming sites to use before the cover is officially revealed, but it’s not often that we’ve been teased with clues beforehand. A noteworthy exception is NBA 2K13, which invited us to speculate on the above teaser image. It was correctly deduced that the tarantula, roses, and two griffins represented Kevin Durant, Derrick Rose, and Blake Griffin respectively. The Brooklyn Bridge, meanwhile, turned out to represent rapper Jay Z, who was prominently advertised as an executive producer.

In hindsight, NBA 2K13 was a good choice for a cover tease. NBA 2K was naturally up front about featuring Michael Jordan on the NBA 2K11 cover, and then MJ, Larry Bird, and Magic Johnson on the three different covers of NBA 2K12. With a return to featuring active players and the first time with multiple players on the same cover, it made sense to hype up the reveal. With the exception of the Brooklyn Bridge, which quite a few gamers guessed represented Jordan (MJ having been born in Brooklyn), the clues were rather obvious. In hindsight of course, so were the silhouetted mystery teaser covers of NBA Live, though it didn’t stop us from making incorrect guesses!

Reflecting on these mystery teaser covers, I have mixed feelings. On one hand, they were building hype for an aspect of the game that isn’t all that important. Aside from occasional bonus content and sometimes allowing the player to curate the soundtrack, the choice of cover player doesn’t have an impact on the game beyond maybe drawing in the casual fans and appealing to collectors. A lot of fanfare goes into revealing the cover these days, going hand-in-hand with inviting pre-orders before anything about the game itself is previewed or announced. Much of the bonus content related to the cover players has tended to be rather unexciting as well, at least in my view. 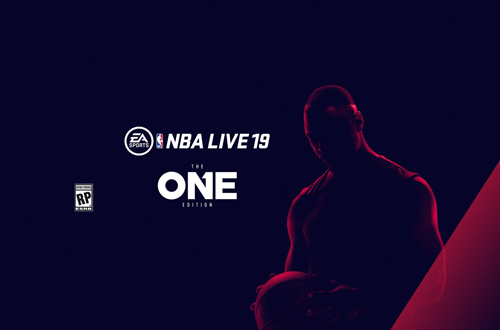 On the other hand, the cover remains a talking point and something to speculate on while we wait for the preview season to fully get underway. Those old teasers gave us something to sink our teeth into, something to analyse as only a dedicated fanbase is wont to do. It was fun to get those silhouetted versions of the cover artwork, and start guessing. It’s also quite enjoyable to look back after the official announcement and see who got it right, as well as the arguments of who got it wrong. I haven’t read those Forum topics for many years and digging them up was a fun trip down memory lane, as some of those posters haven’t been around the community in quite a long time.

Given the way information leaks in the social media age, not to mention the push to get as many pre-orders as possible, the mystery teaser covers are an antiquated idea. Indeed, EA abandoned the concept with NBA Live 2005, and aside from NBA 2K13’s triple cover player teaser, Visual Concepts hasn’t shown much interest in making us guess for long. Nevertheless, some of NBA Live’s placeholder artwork in recent years has led us to speculate on the identity of the cover player, only for those images to be red herrings. It’s because of those old teasers, so with that in mind, I’d love to see EA get us talking by dropping one a couple of days before the NBA Live 20 cover reveal.

If nothing else, I wish I’d thought of saving those mystery teaser covers for NBA Live 2003 and NBA Live 2004. I would’ve liked to have shown them off for this feature, but digging into the archives of the NLSC Forum (including pages from the original Discus board that I’ve kept in my backups) hopefully provides an adequate snapshot of how they used to get the community excited for news about the upcoming release, even when our predictions were wide of the mark. If we can ever track down those original mystery teaser covers though, they’d make fine additions to the archives. The mysteries may have been solved, but it’d be fun to have the original clues.