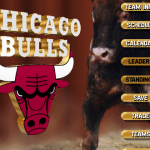 This is Wayback Wednesday, your midweek blast from the past! In this feature, we dig into the archives, look back at the history of basketball gaming, and indulge in some nostalgia. Check in every Wednesday for retrospectives and other features on older versions of NBA Live, NBA 2K, and old school basketball video games in general. You’ll also find old NLSC editorials re-published with added commentary, and other flashback content. This week, I’m taking a look back at old school Season modes.

Modern basketball games have their issues which are important to discuss, but one thing we can’t say is that they don’t offer a variety of experiences. Even though NBA Live’s modes are still in need of fleshing out, by including Franchise, Ultimate Team, and The One with its connected experiences, we’re presented with a few choices. One of NBA 2K’s strengths for many years has been its deep modes, with MyLEAGUE, MyGM, MyTEAM, and MyCAREER’s online and offline modes keeping us hooked year after year. We’re provided several different ways of playing virtual basketball.

As much as the controls, graphics, physics, and any other aspect of modern titles, it’s the modes that make old basketball video games look primitive. The most in-depth experience on offer was generally the single Season mode, with minimal GM options and no independent action by the CPU teams. Nevertheless, we made the most of those old school Season modes, until they evolved into the multi-faceted, multi-season experiences that they would eventually become. They’re an important step in the evolution of basketball gaming, so let’s take a look back…way back…

If you think that old school Season modes were primitive, consider what was on offer in the earliest hoops titles. Most of them consisted of single game exhibition play, and if you were lucky, a choice of a few different teams. Games like Jordan vs Bird would branch out with modes such as early incarnations of the Slam Dunk and Three-Point Shootout, though these had limited replay value after a while. The early sim titles such as Lakers vs Celtics offered licensed teams and an abbreviated NBA Playoffs tournament, which had the depth and appeal to hold gamers’ attention a little longer. Eventually, that approach would also feel lacking in satisfactory longevity. 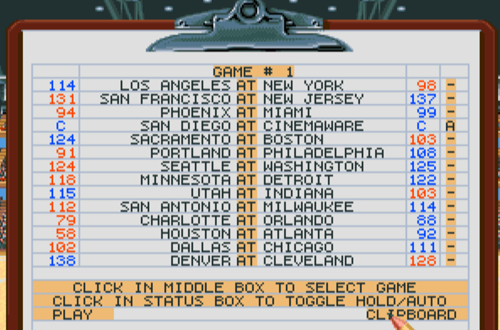 Although Season modes wouldn’t become standard until around the mid 90s, they can be found in earlier releases. Cinemaware’s TV Sports Basketball, released in 1990, features League Play based on the NBA season. It had appealing presentation, multi-team control, simulation functionality, and stats tracking, as well as the ability to modify the generic teams and players. Its interface was clunky and cumbersome to navigate though, and only one League Play save was available. In fact, it wasn’t even a standalone mode, as it was necessary to back out to the main menu in order to view the standings, league leaders, and other statistics. Still, it was impressive for its time.

These modes provided adequate longevity. With a marathon session, it’s possible to beat games like NBA Jam and NBA Jam Tournament Edition in a day. That feat is far less feasible in the Season modes of sim titles, at least without reducing the length of the quarters and schedule; if indeed those options were available. Generally speaking, Season modes could hold our interest for weeks and even months at a time. The next step in the evolution of Season modes in licensed NBA titles was to replicate aspects of the actual league. As I noted, the NBA Playoffs series – EA’s forerunner to NBA Live – only included eight teams, and an abbreviated version of the postseason. 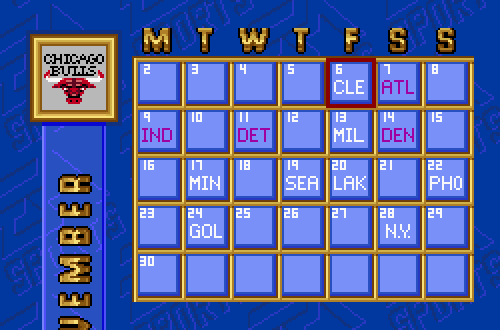 This changed with the introduction of a full league of 27 teams in NBA Showdown. A full single Season mode was also added, featuring the 1993 schedule, customisable settings, two player co-op option, and statistics tracking with league leaders. Even the ability to trade players was present, though only the starters could be swapped. It was also impossible to view the schedule for other teams, and only one game could be simulated at a time. It was possible to look ahead in the schedule for your chosen team, but not simulate up to a future point. Additionally, while the difficulty and quarter length could be changed, the schedule was fixed to the full 82 games.

When EA revamped their sim basketball series with NBA Live 95, its Season mode benefited from a few new options. It was now possible to view the calendar for the entire league, though it was still impossible to sim further than the next game. Starters were still the only players eligible to be traded, but it was now possible to play an abbreviated 26-game or 52-game schedule, in addition to the full 82. The PC version of NBA Live 95 expanded upon Season play further, allowing all twelve players on the roster to be traded for anyone else in the league. There was also a Team Info screen displaying historical trivia for the club, and access to view other team’s rosters.

Season modes in the console versions of NBA Live remained primitive through the rest of the 16-bit era, but the PC version continued to innovate. In NBA Live 96 PC, Season featured full control over the lineups of CPU teams. Along with the ability to make trades for all 29 teams, this allowed you to mimic the 1996 season by managing the rosters league-wide. The All-Star Game was also part of the schedule – albeit with default rosters rather than new selections – and there was even an option to save any roster customisations for use outside of the current Season game. At last, jumping ahead to a future date and simulating all of the games in between was now possible. 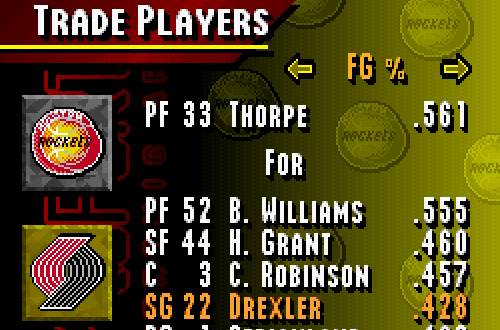 Most of these features became standard in NBA Live’s Season modes, as well as other NBA titles of the era. However, there were a few titles that took a more cumbersome approach to Season play, similar to much older releases such as TV Sports Basketball. Despite their late 90s release, Kobe Bryant in NBA Courtside and NBA Inside Drive 2000 integrated their Season mode with the main menu and default roster, rather than it being a full standalone mode. This made their Season modes feel very outdated, in particular NBA Inside Drive 2000 as the game was released the same year as NBA Live 2000, which featured the impressively deep first version of Franchise mode.

Speaking of Franchise mode, after the baby steps of GM Mode and the prototype multiyear play in NBA Live 99, the concept basically put an end to the relevance of Season modes. As much as we’d enjoyed playing through a single year in those older titles, we dreamed of being able to play multiple seasons, draft rookies, deal with free agency, and see the CPU teams make moves of their own. The single Season mode did remain in NBA Live for some time after Franchise and Dynasty were introduced, but its popularity paled in comparison to those deeper experiences. It’s notably still an option in NBA 2K’s MyLEAGUE, which makes for a nice throwback.

In an era where it’s sadly all too common to look back at old games and scoff at how we held the graphics and gameplay in high esteem, it may be difficult to appreciate the importance of the old school Season modes, to say nothing of how fun they were. We dreamt of more as the years went on, and video game developers have since made those dreams a reality, but when that was all we had, when that was the pinnacle of basketball gaming, being able to play a full season with all the NBA teams, trade players, view detailed stats and league leaders, and win a virtual championship with our own Playoff brackets, was a genuinely engaging and special experience. 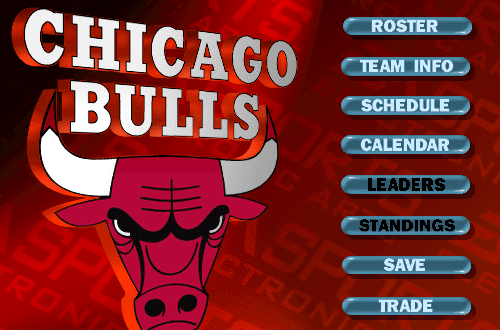 It’s easy to forget that a game or feature being surpassed doesn’t strip it of its status as an important step in the evolution of the hobby. Early sports titles generally provided meaningless exhibition play, and that was fun in its day. In time, that evolved into tournament and single Season play, which in turn gave way to multiyear modes with all kinds of management tasks. From there, we’ve expanded into single player career modes, connected online experiences, and team building/card collecting modes. It’s great to see all the creative ways that we can now play virtual basketball – the issue of microtransactions aside – and it all started with those early Season modes.

Even though Franchise, Dynasty, and MyCAREER account for many of my all-time favourite basketball gaming memories, I still have a lot of fondness and appreciation for those old school Season modes. Updating NBA Live 96 PC for the 1998 season and playing through the campaign, adjusting lineups when Charles Barkley became a sixth man and Karl Malone got suspended, are right up there with defeating all the teams in NBA Jam when it comes to memorable experiences from those early days. I couldn’t go back to the limitations of those early modes now, but they were great for their time, and I’m grateful they paved the way for the experiences we now enjoy.

Yeah, a lot of the old NBA Live games allowed the eight player minimum. All the 2Ks that I’ve messed around with have required 12 at all times, unless you externally edit the roster files.