Wayback Wednesday: Players I Remember Because of Video Games (Part 2) 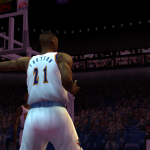 This is Wayback Wednesday, your midweek blast from the past! In this feature, we dig into the archives, look back at the history of basketball gaming, and indulge in some nostalgia. Check in every Wednesday for retrospectives and other features on older versions of NBA Live, NBA 2K, and old school basketball video games in general. You’ll also find old NLSC editorials re-published with added commentary, and other flashback content. This week, I’m taking a look back at some more players that I remember because of video games.

Back in September, I listed ten players that I remember in large part because of basketball video games. I could have easily listed many more, but I didn’t want the article to be too long. I also figured that it was a topic I could revisit from time to time, much as I’ve done with my series of Friday Five articles on retro teams that I’d like to see in NBA 2K. Furthermore, it’s something I enjoyed doing the first time around, as the players we used to play with and against in old basketball games make up a big part of our nostalgia for them.

Although I may also remember these players from watching real games, or collecting basketball trading cards, video games tend to be the main reason that I recall their names and faces. Through playing with and against them on the virtual hardwood, they remain familiar to me all these years later, even though they weren’t NBA All-Stars or future Hall of Famers. Let’s take a look back…way back… 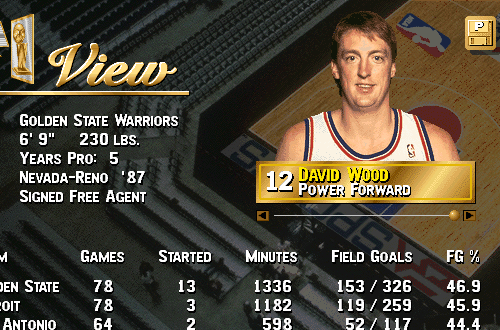 I can’t remember ever seeing David Wood playing in an actual game – he does have a highlight reel on YouTube – but he’s a name and face that I remember from video games. Wood played for eight teams in seven seasons, including three in the 1996 season alone. His longest stint was with the Warriors, and I remember him being on their roster in NBA Live 96, sporting a Pistons’ jersey in his portrait (he was part of the trade that brought Dennis Rodman to the Spurs in 1993). He was out of the league by 1998, but still active as of 2007. Additionally, due to the 1998 lockout, he was part of the USA squad that won the bronze at the FIBA World Championship that year. 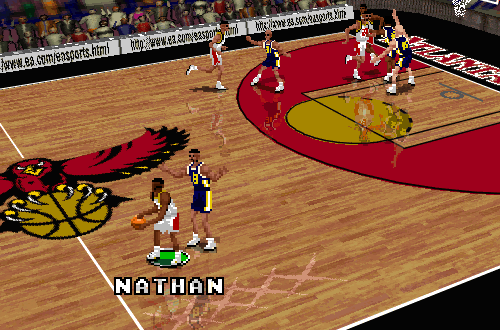 While I’m recalling players from the mid 90s, I should mention Howard Nathan. His NBA career was brief – just five games with the Atlanta Hawks in the 1996 season – but he signed in time to be included in the PC version of NBA Live 96. As with a couple of other undrafted rookies and late signees in that release, he didn’t have a real portrait. The 1991 Mr. Basketball of Illinois, Nathan’s professional career didn’t last long, and sadly he was paralysed following a car accident in 2006 before passing away in July this year at the age of 47. Though his NBA stint was brief, it yielded an appearance on the virtual hardwood, and I for one still remember his name to this day. 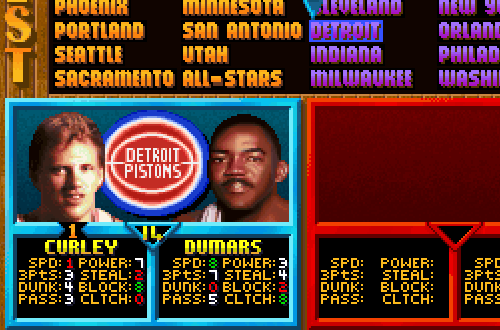 A first round pick by the Spurs in 1994 – he was later traded to the Pistons in a deal that brought Sean Elliott back to San Antonio – Bill Curley had a brief career that was cut even shorter when he missed the entire 1996 and 1997 seasons due to ankle and knee injuries. As such, he was a fixture on the injured reserve in NBA Live 96 and NBA Live 97, but I also remember him being an unlockable player in NBA Jam Tournament Edition. First appearing on the Rookies squad and then as a member of the Pistons, he was an unusual inclusion. His ratings were rather low aside from his surprisingly high block and power attributes, but I remember him all the same. 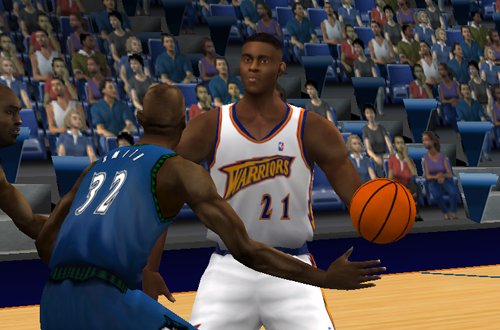 One of the more recent players on this list, Danny Fortson‘s career seemed all too brief, even though it lasted ten seasons. I remember him garnering quite a bit of attention back in 2001, when he opened the season averaging 16.7 points and 16.3 rebounds per game before he was injured six games in and missed the rest of the year. He was a solid player to acquire in a Franchise, as he could be quite dominant at both ends of the floor despite only being 6’7″. I also recall leaving him in the Free Agents in my rosters for several years after that, thinking that his abrupt departure might not be the end of his career. As it turned out, 2007 was his curtain call in the NBA. 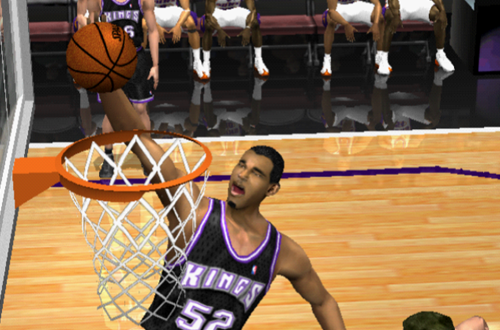 Playing a Franchise with the Sacramento Kings in NBA Live 2002, I became quite familiar with their roster. In real life, Jabari Smith didn’t stay with the team for the entire season, being cut in December before finishing the year with Philadelphia, but in my Franchise he remained the third centre on the roster. He was out of the league before he was 30, but in NBA Live 2002, he was very capable of being a solid big off the bench. I needed all the help (and fouls) that I could get in that game, as Shaquille O’Neal was virtually unstoppable. If Vlade Divac and Scot Pollard got into early foul trouble, Smith ended up seeing some respectably productive minutes here and there. 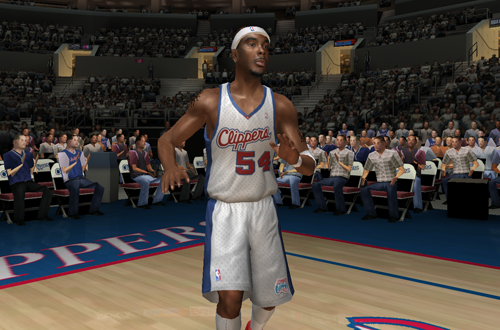 Fresh off winning a championship in the first year of my NBA Live 06 Dynasty, I had ample cap room to spend on free agents, just as the real Chicago Bulls did. I chose not to sign Ben Wallace, but rather spent that money on Chris Wilcox and Mike Dunleavy Jr. Dunleavy Jr. would in fact end up on the Bulls several years later, but in reality, Wilcox remained with the Seattle SuperSonics for the 2007 season. It was a breakout year for him, and he was quite solid in my Dynasty as well, though I would end up trading him for Carlos Boozer. Still, he was a major signing in one of my all-time favourite franchise games, so he stands out in my memory for that. 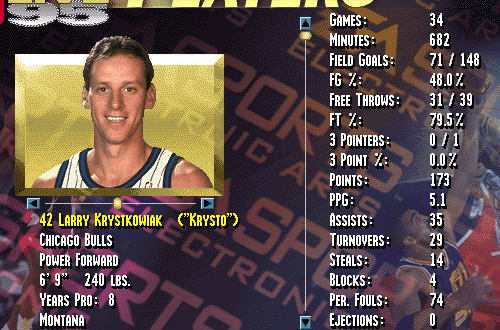 When Larry Krystkowiak had a brief stint as the head coach of the Milwaukee Bucks in 2007 and 2008, I recognised him as a former NBA player. However, it wasn’t from watching him play that I remembered his name, but rather playing NBA Live 95 on PC. In fact, the main they called Krysto (or indeed, Special K) has a rather interesting legacy when it comes to NBA Live 95 modding. He’s the player that we generally replaced with Michael Jordan, since Krystkowiak was inactive for the Bulls from the end of March onwards. As you can see, his portrait was far from an ideal fit, but that wasn’t as important to us as being able to add His Airness to the game’s rosters. 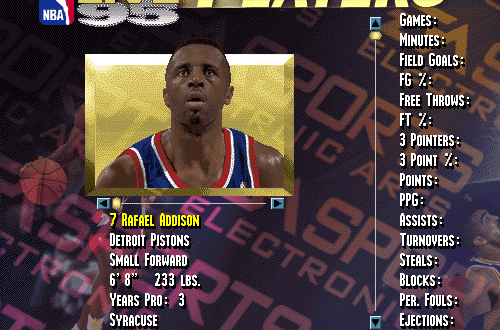 If not for basketball video games, Rafael Addison is one of those players that I likely wouldn’t remember. Although he was active during the era where I really got into basketball, in the eleven years spanning the beginning and end of his NBA career, he spent five of them playing in Italy. He was generally in the rotation for the four NBA teams he played for though, never appearing in less than half of their games. He also averaged 8.3 points per game backing up Grant Hill in 1995. He did fly under the radar somewhat, but thanks to seeing his name and portrait in the rosters of NBA Live 95 and NBA Live 96 – and later overwriting him – he’s another player I can name. 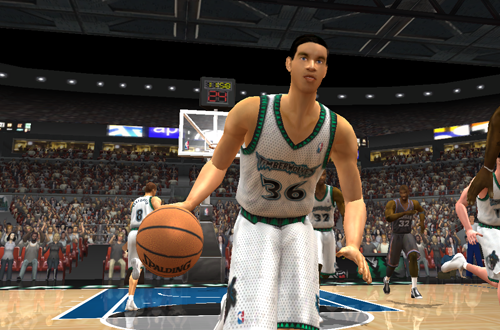 Since the Bulls weren’t always an appealing option to play with in the early 2000s, I played a Franchise game with the Minnesota Timberwolves in NBA Live 2003. That’s how I’ve come to remember Igor Rakocevic, a Serbian point guard who played just one season in the NBA. In an effort to keep things fresh, I experimented with my lineup throughout the year, and I recall Rakocevic having his moments off the bench. He’s also one of a handful of players to have worn number 36 in the NBA, which helps him stick out in my memory. Given his short NBA career and limited minutes, if not for this Franchise and maintaining roster updates, I might have forgotten him. 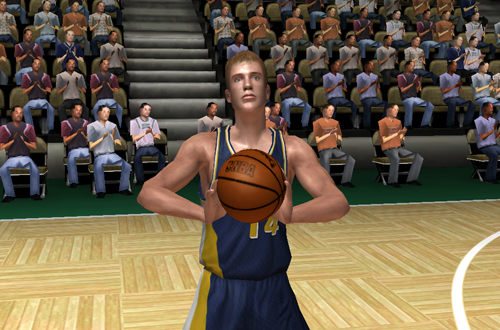 Speaking of European players who had brief stints in the NBA, I’m wrapping up this list with Sarunas Jasikevicius. I remember one of our resident Indiana Pacers fans hyping him up when they signed him, and when you saw some of the passes that he used to make, it was understandable. Accordingly, I ended up giving him Playmaker Freestyle Superstars moves in the NLSC roster update. I actually had a false memory of him having them by default, but a quick check of the original file proves otherwise. Despite the hype, in real life and on the virtual hardwood, he was cut shortly before the 2007 season and returned to Europe, where he continued to play until 2014.

No doubt more players will come to mind, especially as I continue to dust off games for Wayback Wednesday features. To that end, I’m sure that I’ll have a Part 3 at some point in the future. In the meantime however, let me know in the comments if you remember any of these players, as well as the names of any other benchwarmers and role players that you recall because of basketball video games!

Kornel David from Hungary, I remember him only because of NBA Live 2000, he was a power foward and typical benchwarmer (probably worst overall in Bulls roster), but I like to put him on S5 and made my best scorer. That was weird times. 😀

I remember him as well! He even got spotlighted on NBA Action when he had his first start for the Bulls. I also remember him in NBA Live 99 and NBA Live 2000, and creating him in a roster for NBA Live 96.