Wayback Wednesday: Players I Remember Because of Video Games (Part 4) 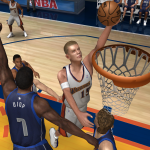 This is Wayback Wednesday, your midweek blast from the past! In this feature, we dig into the archives, look back at the history of basketball gaming, and indulge in some nostalgia. Check in every Wednesday for retrospectives and other features on older versions of NBA Live, NBA 2K, and old school basketball video games in general. You’ll also find old NLSC editorials re-published with added commentary, and other flashback content. This week, I’m taking a look back at another selection of players that I remember primarily because of video games.

It’s time for Part 4 in an ongoing series for Wayback Wednesday, in which I take a look back at players that I remember thanks to basketball gaming. I’ve joked about it a few times before in articles and on the NLSC Podcast, but I can’t remember a single thing about quadratic equations or pretty much anything else I learned in high school maths. However, I can still recall the “dunk from anywhere” code for NBA Jam Tournament Edition on SNES, the location of bonus barrels and DK coins in Donkey Kong Country 2 and 3, and a ton of quotes from classic episodes of The Simpsons.

Oh, and a bunch of lesser known NBA players from the 90s and 2000s. I may have also seen them play in real games, and basketball cards have also played a role in helping certain players to stand out in my mind, but playing video games (and in particular, creating roster updates for them) is what truly embedded them into my memory. As I said, I’ve got another list of ten players to share today, so let’s take a look back…way back… 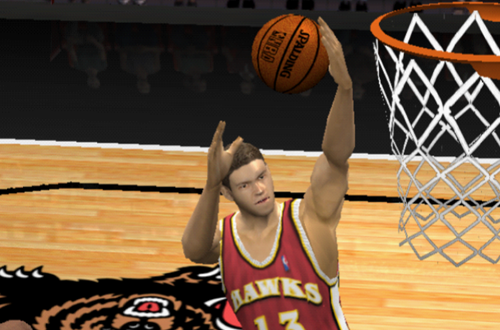 The first Finnish player in the NBA, Hanno Mottola wasn’t around for very long. His two year tenure saw him appear as an active player in NBA Live 2001 and NBA Live 2002, and make an additional appearance in NBA Live 2003. His name is obviously quite distinctive to those of us who aren’t from Finland, and I remember him for being one of the low-rated players at the end of the Atlanta Hawks’ bench. However, I also remember Mottola thanks to a more recent game. As of NBA 2K20, he’s mentioned on commentary when Lauri Markkanen is on the floor, both for being the only other Finnish NBA player, and also Markkanen’s high school basketball coach. 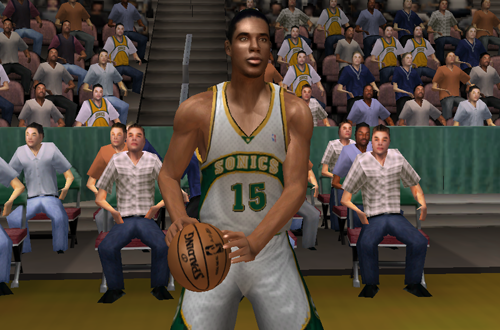 Because I continued to make roster updates for NBA Live 07 and NBA Live 08 for several years after they were released, I can randomly recall quite a few obscure players from the mid to late 2000s. Mickael Gelabale is one such example, despite only playing three years in the league (with four years between his second and third seasons). To that end, he’s a player that I kept in the Free Agents for a long time, not knowing if or when he’d ever return to the NBA. He could still be found in the default rosters as late as NBA 2K11, and would finally return for one last stint in 2013. The fact that he played for the Seattle SuperSonics also helps Gelabale stand out. 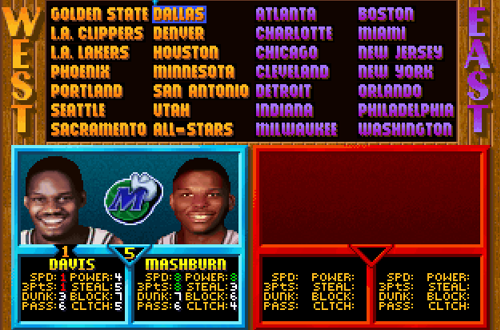 The 90s were not kind to the Dallas Mavericks. They made the Playoffs once in 1990, and then found themselves in the lottery for the next decade. They also lost more than 50 games seven times, going 11-71 in 1993. As such, you could be forgiven for not remembering many of the players on those terrible teams, outside of names like Jamal Mashburn, Jason Kidd, Jim Jackson, and Derek Harper. One other player I do recall is Terry Davis, thanks to NBA Jam TE on PC. Although Davis was often injured and was no longer a starter by that point, TE made him seem far more important due to his inclusion as one of their default three players. That’s helped him stick in my mind. 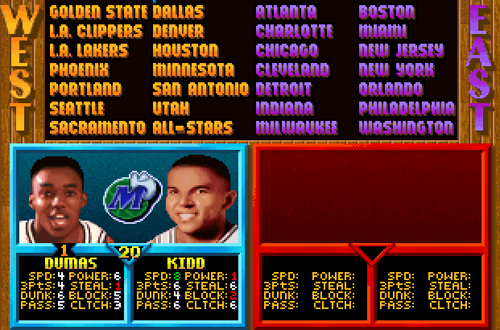 Speaking of 90s Mavericks players and NBA Jam Tournament Edition, Tony Dumas is another player I can add to this list. Obviously he also showed up in NBA Live and other 5v5 sim-oriented titles of the era, but his inclusion in TE is what makes him stand out. Although he was a first round pick in 1994 – the same year the Mavs took Jason Kidd second overall – he played around 11 minutes per game, and wasn’t seen as one of the league’s rising stars. As with Davis, putting him in TE – and as one of the Mavs’ unlockable players, no less – overstated his role. Incidentally, he’s one of the few players to injure himself in a rather lacklustre performance in the Dunk Contest. 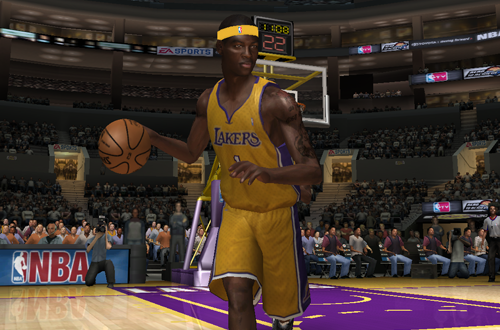 If you’ve been watching the NBA since the mid 2000s, William “Smush” Parker is a player that you’ll most likely remember. Going by the name “Smush” helps out here, just as it does with players like Muggsy Bogues and Mookie Blaylock. Parker’s career wasn’t nearly as good or long, but he did start at point guard for the post-Shaq Los Angeles Lakers in 2006 and 2007, an experience he would later call “overrated“. I remember him because when I was making roster updates for NBA Live 06, Lakers fans kept telling me his ratings needed to go “up, up, up!” I refrained from making him a superstar, and I’m sure these days, those fans would agree it was the right call. 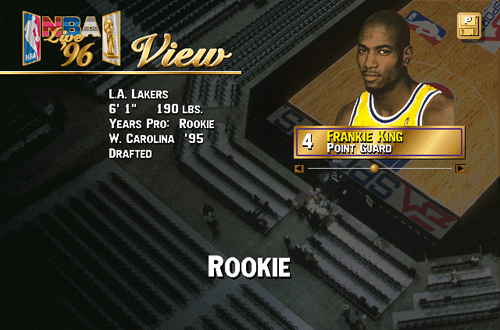 Many of the players I’ve mentioned in these lists became ingrained in my memory thanks to NBA Live 96, and Frankie King is another such example. His career was short-lived – 13 games across two seasons with the Lakers and 76ers – but thanks to my numerous 1996 roster mods, he’s a player I’ve created in other games. In NBA Live 96, he’s a player I frequently overwrote with the late great Kobe Bryant in rosters for 1997 and beyond, thanks to a squint-and-you’ll-see-it resemblance in his portrait. Given that he played for the Lakers a year before Kobe arrived, and Kobe’s hometown 76ers in Kobe’s rookie year, in hindsight there’s something rather poetic about that. 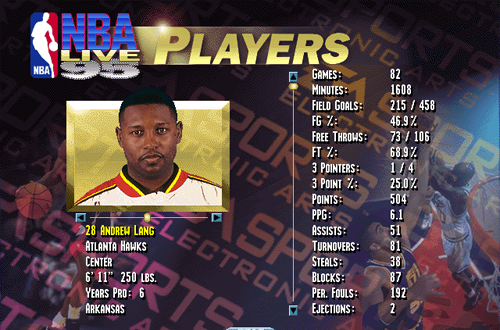 Of course I’m going to remember someone I share a first name with, right? Apart from that, as the starting centre on the Hawks in the default rosters of NBA Live 95 and NBA Live 96, Andrew Lang is the first player that appears when you open up those games in their respective roster editors. Lang is also noteworthy for wearing the somewhat uncommon number 28 for all seven teams that he played for. The number is obviously rather significant to him, as he was born on June 28th, and was drafted 28th overall by the Suns in 1988. I feel the same way about the number four, which only makes it appropriate that I’m mentioning him in the fourth part of this series. 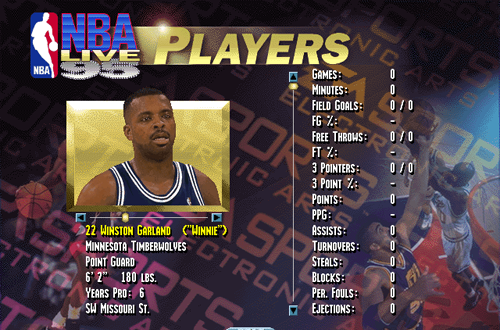 Thanks to NBA Live 95, I know that Winston Garland was the starting point guard for the Timberwolves in the 1995 season. Now that we have a readily available resource like Basketball Reference on hand, we can also see that he’d previously been a regular starter for the Nuggets in 1993, and the Warriors in his first two seasons (in his third season, rookie Tim Hardaway came along and took that spot). 1995 was Garland’s final year in the league, even though he’d just turned 30. He didn’t exactly make a huge impact in his seven seasons in the league, but thanks to video games, he’s a name that will occasionally pop into my head when I reflect on more obscure players. 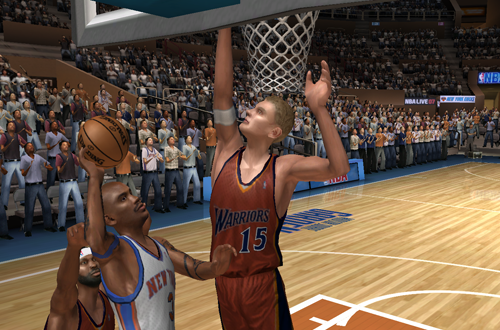 This season, younger Warriors fans that jumped on the bandwagon during their string of Finals appearances and championships got a taste of what it was like before they dominated the NBA. As long-time Warriors fans will remember all too well, there were many years of struggles before that, outside the Cinderella run of 2007. Andris Biedrins was a part of those teams, eventually becoming their starting centre. There weren’t too many Warriors games televised on ESPN Australia in those days, so I didn’t get to watch him too often. I sure became familiar with him through video games though, updating his ratings as he broke out, and then later faded away. 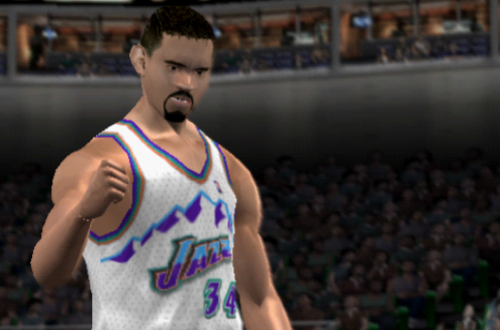 I believe one of the main reasons there are misconceptions about previous eras being full of no-talent nobodies is because only the top players are commonly remembered. Just because a player is forgotten, it doesn’t mean they weren’t good. We tend to focus on the best of the best, after all. Likewise, the forgotten players at the ends of benches have their modern equivalents that in five years will only be remembered by the most hardcore fans. In other words, players like Scott Padgett. A first round pick in 1999, Padgett stuck around for seven seasons, a tenure that coincided with my busiest years with roster updates. Like many of his peers, I remember him despite his small role.

And so, that brings us to the end of another list of ten players that I remember – at least in large part – because of basketball video games. Do you remember any of these players? Who are some of the players that you remember thanks to games? Let me know in the comments below. There are plenty of other players that come to mind for me, so no doubt there’ll be a Part 5 with another ten in the not too distant future.

Hanno Mottola Oh yeah I remember him very well. August 2012 Poland v Finland I was at that game, Hanno was half retirement and he do whatever he wants with Gortat who was terrible in first three quaters and he wasn’t even have any willingness to fight. At the end Gortat score two points (13 in 38 minutes) more than Motola (11 in 18 minutes), but we lost anyway.

Wonder if he’d get a longer run in the NBA these days.