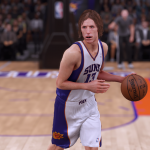 This is Wayback Wednesday, your midweek blast from the past! In this feature, we dig into the archives, look back at the history of basketball gaming, and indulge in some nostalgia. Check in every Wednesday for retrospectives and other features on older versions of NBA Live, NBA 2K, and old school basketball video games in general. You’ll also find old NLSC editorials re-published with added commentary, and other flashback content. This week, I’m taking a look back at the additions to the roster of retro teams that were made in NBA 2K16.

After The Jordan Challenge and NBA’s Greatest established retro teams as a staple of NBA 2K’s content, a few years went by before we saw any new additions. A handful of players disappeared from and later reappeared in the rosters as 2K lost and regained the rights to their likenesses, but the selection of historical squads remained the same, outside of the 1992 Dream Team appearing in NBA 2K13. Without a dedicated mode, it seemed as though we weren’t going to see any new additions to the roster of retro NBA teams anytime soon.

Fortunately, we were proven wrong. As the preview season for NBA 2K16 loomed, an episode of NBA 2KTV revealed three of the twelve new retro teams that would be featured in the game. Not only was it a promising sign that retro content wouldn’t be abandoned moving forward, but the choice of teams set a precedent that allowed it to expand beyond the scope of the squads added for The Jordan Challenge and NBA’s Greatest. Let’s take a look back…way back…

The first three retro team additions that were revealed for NBA 2K16 were the 2000 Toronto Raptors, 2001 Los Angeles Lakers, and 2008 Boston Celtics. As the preview season rolled on, we came to learn that the 2000 Portland Trail Blazers, 2003 Dallas Mavericks, 2004 Detroit Pistons, 2004 Minnesota Timberwolves, 2005 Phoenix Suns, 2006 Miami Heat, 2007 Cleveland Cavaliers, 2008 Houston Rockets, and 2013 Miami Heat were also featured in NBA 2K16. All of the retro teams that had been included in NBA 2K15 remained in the game, so the new additions thankfully weren’t coming at the expense of existing historical content. 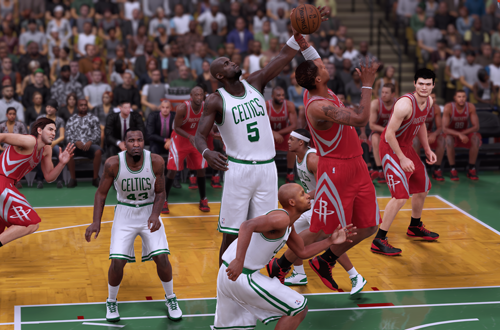 If you know your NBA history, then you’ll recognise that only five of those twelve teams were championship squads. Of the remaining seven, only one was a Finalist, and another didn’t even win 50 games before being swept in the first round. That wasn’t completely out of the ordinary for NBA 2K’s retro teams of course, as not all of the squads that had previously been added were champions, runners-up, or perennial contenders. Many of them did hold such significance however, or were noteworthy opponents of other, more memorable squads. The retro team additions in NBA 2K16 skipped over a few higher profile choices, including champions from the same era.

In doing so, 2K set a precedent that opened the door for more unorthodox choices, including teams that never lived up to their potential or were only significant for a very short period of time. More to the point, if a team was memorable for any reason and fun to play with in a video game, they were prime candidates to be included. It didn’t matter if they were first or second round fodder, or failed to reach the same heights, or even whether or not they had an opponent from the same season in the game. As long as there was some semblance of significance there, some story, star power, and memorability, a squad was a viable choice for consideration.

Glancing at all of those teams, each has a hook; particularly when it comes to the question of “What If”. The 2000 Raptors had the short-lived duo of a young Vince Carter and Tracy McGrady. From that same year, the Blazers were a quarter away from the Finals and a possible championship. Steve Nash’s “five seconds or less” Suns seemed to be titled contenders, but came up short. The same could be said of Kevin Garnett’s 2004 Timberwolves and the 2008 Houston Rockets, who at one point won 22 consecutive games. The 2003 Mavericks and 2007 Cavaliers were young teams that overachieved. As for the other five teams, once again they were all champions. 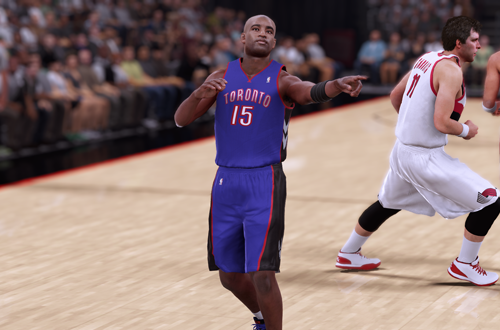 To that point, the 2013 Miami Heat also set another precedent: that a recent squad of note could also qualify as a retro team. Before NBA 2K16, the most recent retro team was the 2002 Sacramento Kings, available as a limited quantity pre-order bonus for the console versions of NBA 2K12 (and unlockable on PC through modding). With these retro team additions, not only had 2K included a variety of teams from the 21st Century, but a squad from just a couple of years prior. For some this was taking too many liberties with the definition of “retro”, but as the later inclusion of the 73-9 Golden State Warriors demonstrated, teams from the recent past could be historic.

Of course, while the new philosophy of any fun and memorable teams being worthy of inclusion was most welcome, it encountered the same problems that plagued the existing retro teams: likeness rights. There had never been a complete retro team in NBA 2K at that point (nor has there been one since), but generally speaking, all of the starters and at least a few of the key reserves were accounted for. Both the 2000 Trail Blazers and 2004 Pistons suffer from the absence of Rasheed Wallace; this raised the question of whether a team should be included when not all of the starters will appear, and how many key players can be missing before it’s not worth including that squad.

Personally, I think the benefit of extra content and the modding possibilities afforded by the additional assets outweighs the issue of a missing player, even if it is a starter. Perhaps it’s growing up with Roster Players and a lack of throwback content in older games, but it strikes me as a minor problem to overcome. I’d prefer that these teams, be they former champions, Finalists, perennial contenders, or otherwise interesting squads featuring big name players, are celebrated and available to play with. It seems 2K has agreed with that mindset, as even more retro team additions have been made in the years since, and not all of them have been obvious choices or wildly successful. 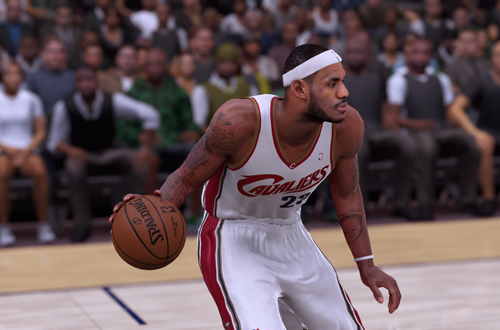 Not counting the All-Time and All-Decade squads, there are 65 retro teams in the game as of NBA 2K20. Of those 65 teams, 19 are NBA Champions. A further 14 were Finalists, while four are either one year prior to, or removed from, a title or Finals appearance. That leaves 28 teams who had memorable one year runs, were young squads on the rise, became fan favourites, or were standout years for some of the league’s biggest stars. Popular requests have been granted, and we’ve seen a few retro team additions that once seemed highly unlikely. Retro content has expanded far beyond simply celebrating Michael Jordan and a handful of other NBA Legends.

Even with the retro teams that we’ve lost over the years – the 2008 Hornets being the most recent casualty – we’re left with an excellent selection of historical squads that span six decades, and run the gamut of criteria that make them significant. There has been an unfortunate backlash against nostalgia and anything that happened in the NBA before 2015, but I’m glad that NBA 2K is still celebrating memorable teams from the past, ranging from dominant champions to one year wonders. Although there were a couple of creative choices early on, the retro team additions in NBA 2K16 demonstrated how varied and comprehensive NBA 2K’s historical content could be.